10 Amazing Photos You Missed This Week 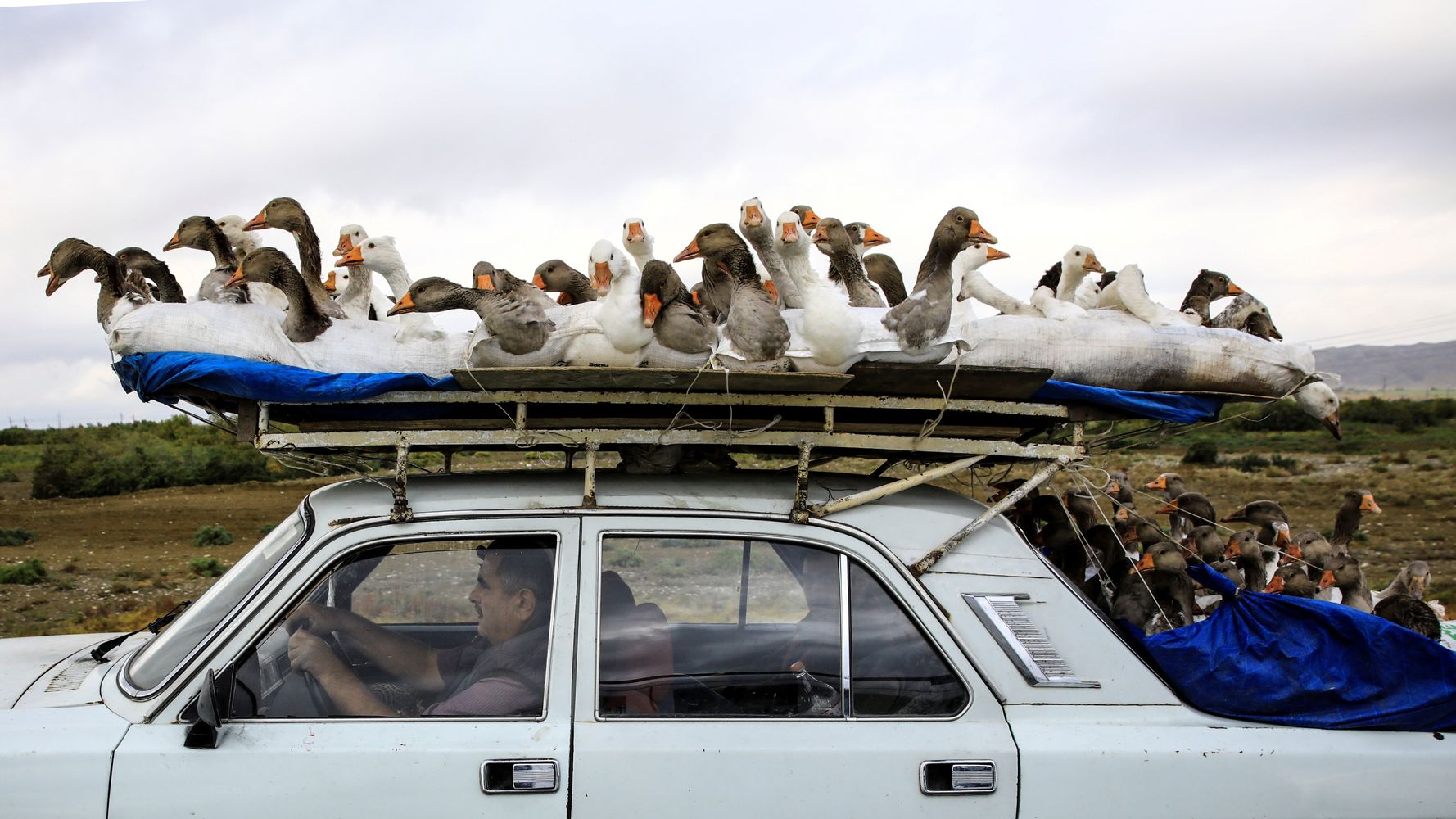 Amid the rush of news, itâ€™s easy to miss great images that fly under the radar. Fortunately, weâ€™ve got you covered.

Weâ€™re highlighting exceptional photos from around the world for the week that ended Friday.

Check them out below.

Above:Â Geese catch a ride atop a car driving on a highway to Ganja, Azerbaijan, on Wednesday.

Flames from a wildfire light up a mountain ridge near Granby, Colorado, on Thursday.

Brazilâ€™s defense minister, Fernando Azevedo e Silva, yawns during a ceremony for Aviator Day at an airbase in Brasilia, Brazil, on Friday.

A couple in wedding outfits poses for photos in the Parc du Cinquantenaire in Brussels on Friday.

A new fountain on the Palm Jumeirah in Dubai, United Arab Emirates, tries to break a record for the largest fountain for the Guinness World Records on Thursday.

Thailandâ€™s Princess Sirivannavari Nariratana Rajakanya takes pictures as she arrives for a religious ceremony to commemorate the death of King Chulalongkorn, known as King Rama V, at The Grand Palace in Bangkok on Friday.

A man watches as a boy jumps into the Yamuna River on a smoggy morning in the old quarters of Delhi, India, on Saturday.