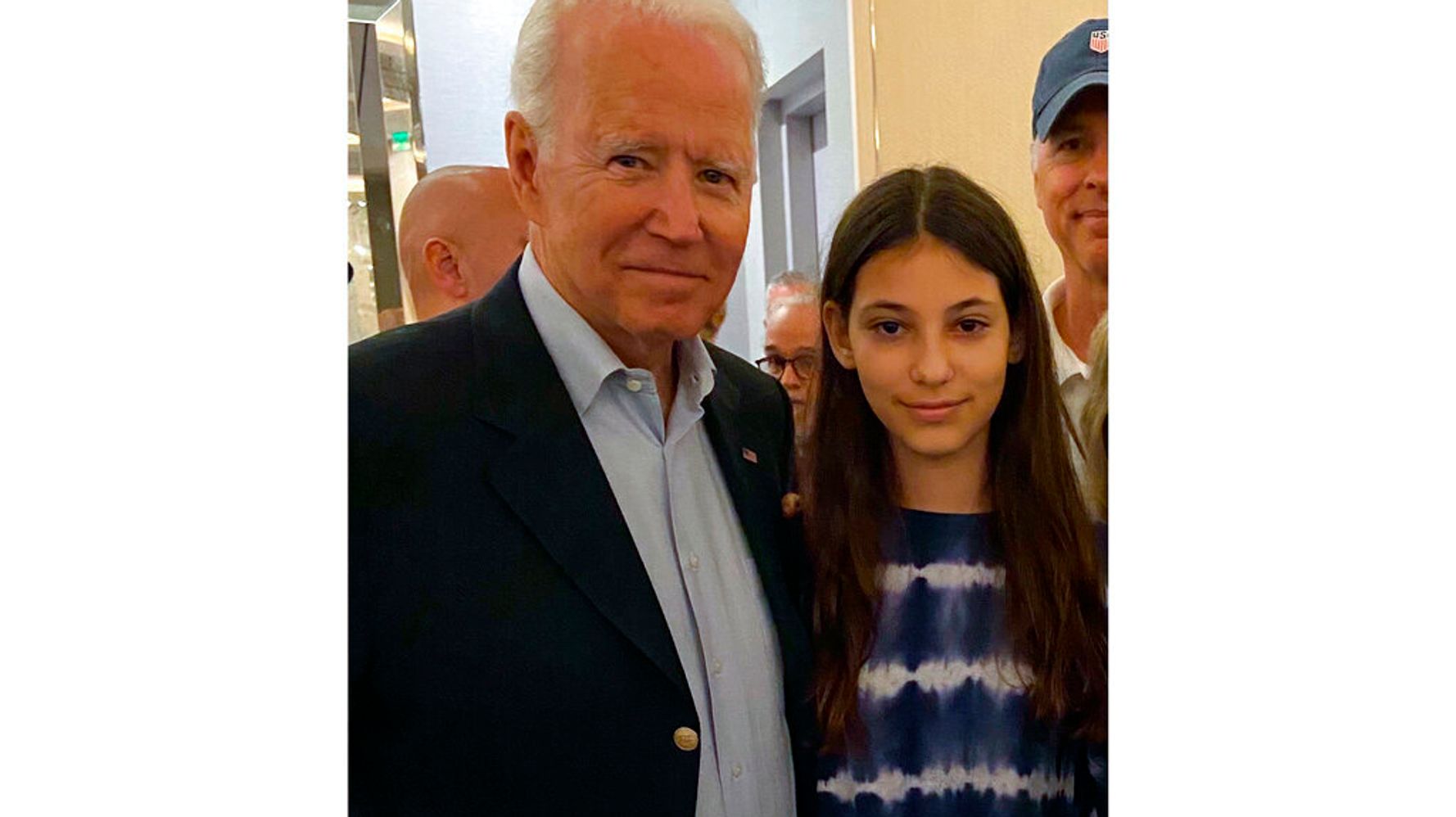 SURFSIDE, Fla. (AP) â€” Gazing at the mountain of rubble that had buried her father, uncle and dozens of others, a 12-year-old girl moved away from her relatives, sat down by herself and pulled out her phone. She opened a collection of Psalms and began to pray.

Elisheva Cohenâ€™s moment of reflection at the site of the Florida condominium collapse captivated the Surfside mayor and led to an introduction to President Joe Biden, who asked to meet her Thursday when he arrived to console families affected by the disaster.

For days, families were kept away from the collapse site, which had been deemed unsafe. Then earlier this week, relatives were taken there briefly. Some shouted the names of loved ones and friends, hoping to hear their cries for help. Others cried.

Elisheva sat down alone, away from her mother and brother, and began to read prayers.

Surfside Mayor Charles Burkett soon noticed her. He knelt down beside her to ask if she was OK.

â€œYesâ€ the girl told him.

â€œAnd that really brought it home to me,â€ Burkett said. â€œShe wasnâ€™t crying. She was just lost. She didnâ€™t know what to do, what to say, who to talk to.â€

Only six months ago, Elisheva celebrated her bat mitzvah with her mother and father, Dr. Brad Cohen, one of about 120 people missing under the rubble. The year that precedes the religious ceremony involves intensive study of Hebrew, the Bible and history.

That night, Dr. Cohen was proud. His youngest daughter was growing up and reaffirming her Jewish identity. Her father instilled a love for the teaching in both Elisheva and her teenage brother.

Before Dr. Cohen completed his medical residency and internships, he had spent weekends staying at the home of his mentor Rabbi Yakov Saachs, always desperate to learn more about his faith.

On his long commutes, he played cassette tapes, hungry to learn the teachings.

â€œEven though he was dog tired, it was a priority for him to try and glean as much information as he could,â€ Saachs told The Associated Press in a phone interview.

At Brad Cohenâ€™s urging, the entire family became â€œmore observant,â€ the rabbi said, following customs about not driving or doing business on the Sabbath.

The night before the collapse, her mother sent a message to Cohen with a selfie taken by Elisheva in front of a mirror. She wore a pink T-shirt with a high ponytail. They were staying in separate homes.

â€œLook how pretty,â€ the message read.

She was wearing the same outfit the next morning, when her mother â€œfrantically woke her upâ€ to tell her about the collapse.

For several days, Burkett shared Elishevaâ€™s story far and wide. After Bidenâ€™s visit was announced, the girlâ€™s mother, Soriya Cohen, bought her a new blue and white dress for the occasion. Her teenage brother was the first one in the family chosen to meet Biden. He had rushed home from a kibbutz in Israel as soon as he heard about the collapse.

But the teen had already arranged to have a class with a rabbi in Miami during the presidentâ€™s visit.

The mother also skipped the meeting with Biden, saying she felt the presidentâ€™s visit was a diversion from the search efforts. Elisheva went with another family member.

The mayor said the most moving moment of Bidenâ€™s visit was when he shared Elishevaâ€™s story with the president.

â€œI wanted him to know and see the face of that little girl who is praying for her father across from the rubble,â€ he said. â€œHe looked at me and said, â€˜Would you please bring her to me right now?â€™â€

Police went to get Elisheva. Biden walked up to her and they hugged.