13 Striking Photos You Missed This Week 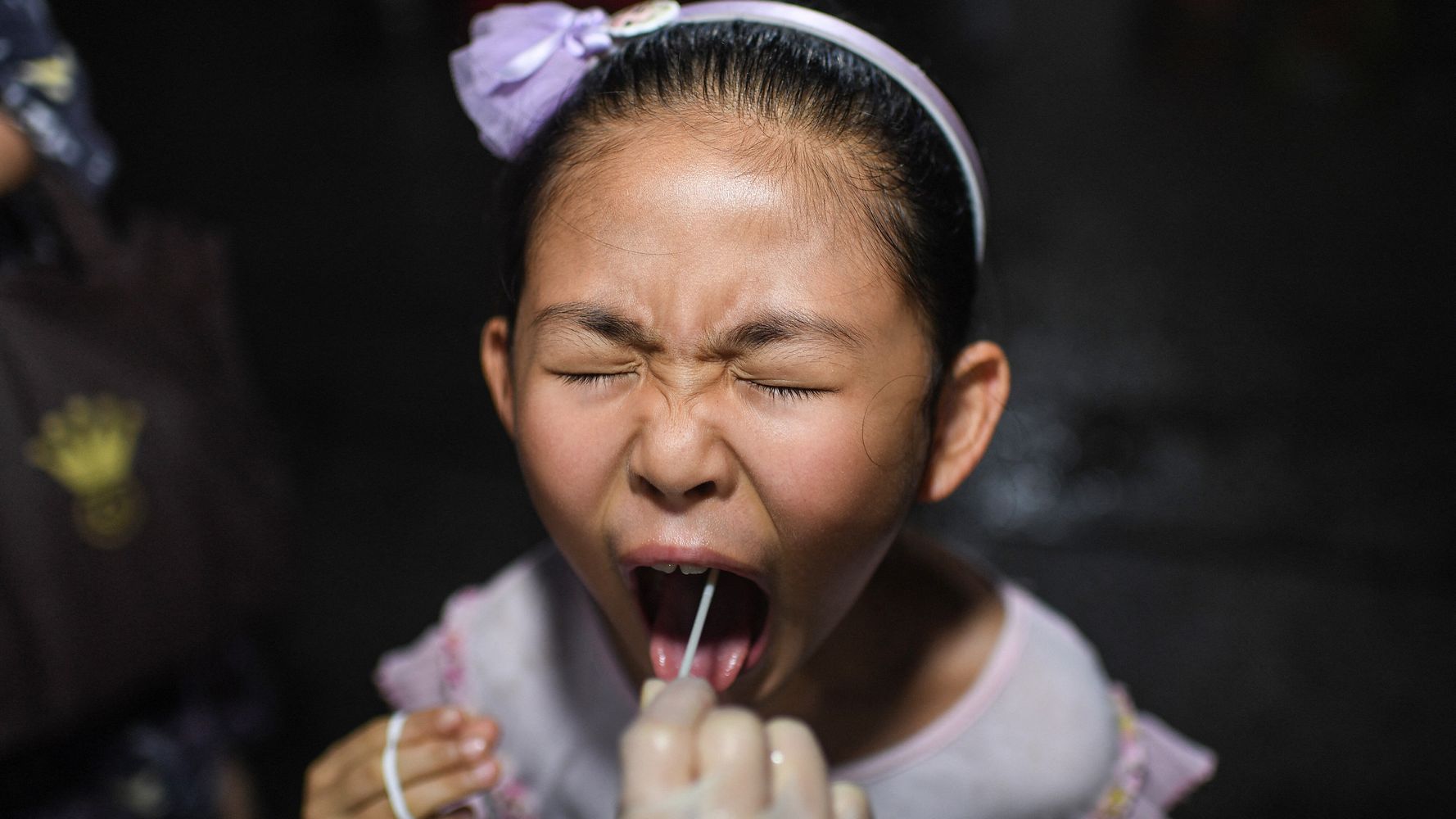 During the ever-changing news cycle, itâ€™s easy to miss captivating images that fly under the radar. Fortunately, weâ€™ve got you covered.

Weâ€™re highlighting exceptional photos from around the world this past week.

Above: This photo taken on Aug. 11, 2021, shows a child receiving a nucleic acid test for COVID-19 in Wuhan, in Chinaâ€™s central Hubei province.Â

Charred trees are seen following a wildfire in Tizi Ouzou, one of the most populous cities in Algeriaâ€™s Kabylie region, on Aug. 10. Wildfires fanned by blistering temperatures and tinder-dry conditions have killed at least seven people in Algeria. The interior minister said the blazes had criminal origins.Â

Afghan military and officials leave Kandahar city during fighting between the Taliban and Afghan security personnel, in Kandahar, southwest of Kabul, on Aug. 12.Â

A couple stand under an umbrella during a rain shower in downtown Moscow on Aug. 10.

Meteors streak past stars in the night sky above the Battle of Didgori memorial complex during the annual Perseid meteor shower at Didgori, Georgia, on Aug. 13.

A rail worker is seen among rails in Hagen, Germany, on Aug. 12, as Deutsche Bahn went on strike over wages. Deutsche Bahnâ€™s freight service, DB Cargo, has also been affected nationwide, risking further delivery delays for German businesses hit by shortages in raw materials and components from timber and steel to computer chips.Â

A long camera exposure shows vehicles driving along a highway in Frankfurt, Germany on Aug. 10.

Wrestlers take part in a bout of traditional wrestling at the Loknath Vyayamsala wrestling club to mark the Nag Panchami festival in Allahabad, India, on Aug. 13.Â

People visit the grounds of the Branson Cross amid the coronavirus pandemic near the Ozark region vacation town of Branson, Missouri, on Aug. 11.

A woman wearing a face mask to help protect against the spread of the coronavirus walks under the scorching sun in Tokyo on Aug. 11.

A fishing boat heads out to sea at dawn in Lhokseumawe, Aceh, on Aug. 9.Â