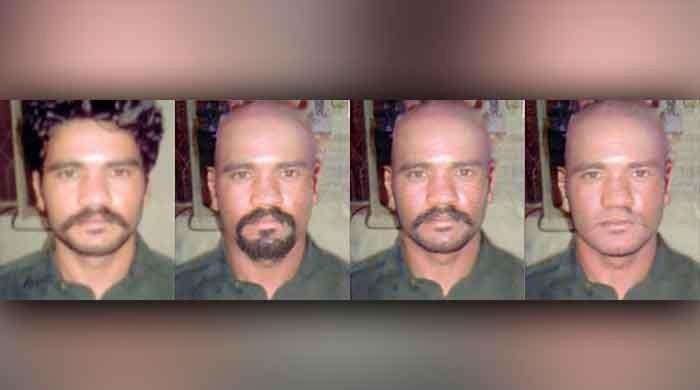 LAHORE: Some 19 days on, eight special teams formed by the Punjab Police to arrest Abid Ali, one of the two men sought for his alleged involvement in the gang-rape of a woman on the M11 motorway earlier this month, remains at large.

On September 9, two armed men had allegedly gang-raped a woman in front of her children after her car broke down and the family was stranded on the Lahore-Sialkot motorway. The assailants fled after the alleged assault, also reportedly taking her money and other valuables with them.

Abid â€” the main suspect whose sketches with different hairstyles and facial hair were released by police almost 10 days ago â€” slipped through the authorities’ fingers thrice, sources informed Geo News. A Rs2.5-million reward was announced by the Punjab government to anyone who had information on the alleged rapist.

So far, police have blacklisted the suspect, blocked his and his wife’s computerised national identity cards (CNICs), detained his wife, daughter, father, brother, and brother-in-law, and arrested accomplice Shafqat Ali.

However, authorities in Lahore and across Punjab have failed in nabbing Abid and he continues to be on the run.

Almost a week ago, the deputy inspector-general (DIG) of police for investigations, Shahzada Sultan, had expressed hope, saying the fugitive would also be arrested soon like his accomplice.

Sultan â€” who heads a six-member special investigation team set up by the inspector-general (IG) of police for Punjab, Inam Ghani â€” had said at least eight designated raid teams were working to search for the prime accused.

The Punjab Police had also laid down an integrated network, including rapid-response teams, in different districts across the province based on tip-offs about the presence of Abid, as well as at his known hideouts.

DIG Sultan had noted at the time that two suspects have been found to be involved so far in the case.

The horrific gang-rape incident sent shockwaves across Pakistan, prompting protests in various cities and many demanding capital punishment for the perpetrators. A conversation on sexual abuse was also taken up in mainstream debates on national TV.