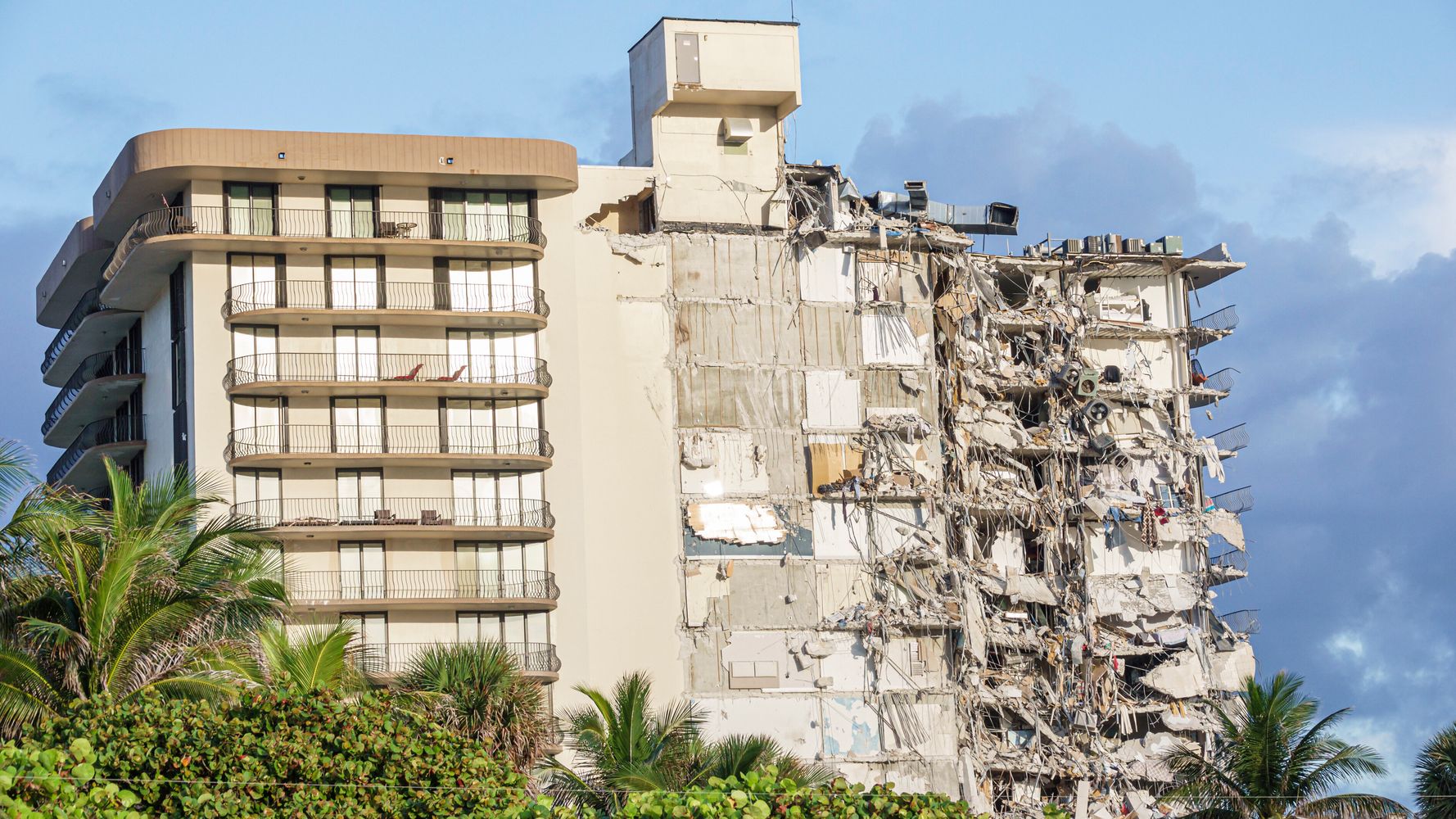 SURFSIDE, Fla. (AP) â€” The oceanfront condominium building that collapsed near Miami had â€œmajor structural damageâ€ to a concrete structural slab below its pool deck that needed to be extensively repaired, according to a 2018 engineering report on the building.

The report was among a series of documents released by the city of Surfside as rescuers continued to dig Saturday through the rubble of the building in an effort to find any of the 159 people who remain unaccounted for after its collapse.

At least four people were killed.

While the engineering report from the firm of Morabito Consultants did not warn of imminent danger from the damage â€” and it is unclear if any of the damage observed was responsible for the collapse â€” it did note the need for extensive and costly repairs to fix the systemic issues with the building.

It said the waterproofing under the pool deck had failed and had been improperly laid flat instead of sloped, preventing water from draining off.

â€œThe failed waterproofing is causing major structural damage to the concrete structural slab below these areas. Failure to replace the waterproofing in the near future will cause the extent of the concrete deterioration to expand exponentially,â€ the report said. The firm recommended the damaged slabs be replaced in what would be a major repair.

The report also uncovered â€œabundant cracking and spallingâ€ of concrete columns, beams and walls in the parking garage. Some of the damage was minor, while other columns had exposed and deteriorating rebar.

It also noted many of the buildingâ€™s previous attempts to fix the columns and other damage with epoxy were marred by poor workmanship and were failing.

Beneath the pool deck â€œwhere the slab had been epoxy-injected, new cracks were radiating from the originally repaired cracks,â€ the report said.

At the site where the building once stood, scores of rescuers used big machines, small buckets, drones, microphones and their own hands on Friday to pick through the mountain of debris that had been the 12-story Champlain Towers South.

Rachel Spiegel was anxious for any update on her missing mother, 66-year-old Judy Spiegel, who lived on the sixth floor. â€œIâ€™m just praying for a miracle,â€ Spiegel said. â€œWeâ€™re heartbroken that she was even in the building.â€

Jeanne Ugarte was coming to grips with what she feared was a tragic end for longtime friends Juan and Ana Mora and their son Juan Jr., who was visiting his parents in their condo at the tower.

â€œAny time that we hear a sound, we concentrate in that area,â€ Miami-Dade Assistant Fire Chief Raide Jadallah said. â€œIt could be just steel twisting, it could be debris raining down, but not specifically sounds of tapping or sounds of a human voice.â€

Buffeted by gusty winds and pelted by intermittent rain, two heavy cranes removed debris from the pile using large claws Friday, creating a din of crashing glass and metal as they picked up material and dumped it to the side. A smoky haze rose from the site.

Once the machines paused, firefighters wearing protective masks and carrying red buckets climbed atop the pile to remove smaller pieces by hand in hope of finding spots where people might be trapped. In a parking garage, rescuers in knee-deep water used power tools to cut into the building from below.

Surfside Mayor Charles Burkett said crews were doing everything possible to save as many people as they could. â€œWe do not have a resource problem, we have a luck problem,â€ he said.

Officials said they still donâ€™t know exactly how many residents or visitors were in the building when it fell, but they were trying to locate 159 people who were considered unaccounted for and may or may not have been there.

Flowers left in tribute decorated a fence near the tower, and people awaiting news about the search watched from a distance, hands clasped and hugging. CongregantsÂ prayed at a nearby synagogueÂ where some members were among the missing.

Miami-Dade Police Director Freddy Ramirez said authorities were working with the medical examinerâ€™s office to identify the bodies that have been found. Eleven injuries were reported, with four people treated at hospitals.

â€œDebris is falling on them as they do their work,â€ she said. â€œWe have structural engineers on-site to ensure that they will not be injured, but they are proceeding because they are so motivated.â€

TeenagerÂ Jonah Handler was rescuedÂ from the rubble hours after the collapse, but his mother, Stacie Fang, died. Relatives issued a statement expressing thanks â€œfor the outpouring of sympathy, compassion and support we have received.â€

â€œThere are no words to describe the tragic loss of our beloved Stacie,â€ it said.

While officials saidÂ no cause for the collapse early Thursday has been determined, Gov. Ron DeSantis said a â€œdefinitive answerâ€ was needed in a timely manner. Video showed the center of the building appearing to tumble down first, followed by a section nearer to the beach.