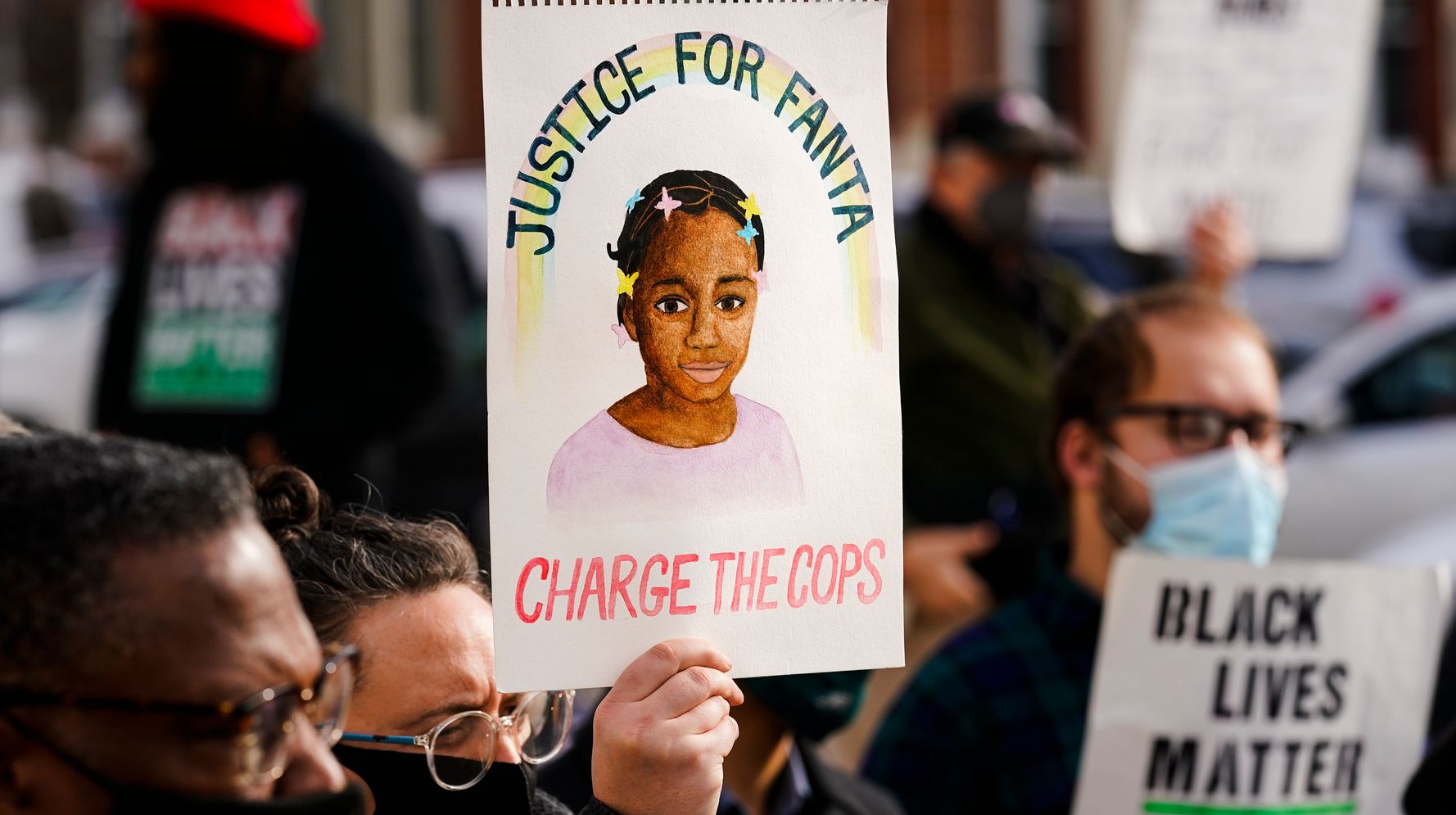 PHILADELPHIA (AP) â€” Three police officers have been charged with manslaughter and reckless endangerment after firing their weapons in the direction of a crowd of people exiting a high school football game outside of Philadelphia, killing an 8-year-old girl and injuring three people.

A grand jury recommended the charges against the three Sharon Hill Police officers, Devon Smith, Sean Dolan and Brian Devaney, in the August 27 shooting that killed Fanta Bility. Murder charges previously filed against two Black teenagers for firing the gunshots that prompted the officers to shoot were also dropped Tuesday, according to a news release from the Delaware County District Attorneyâ€™s office.

Each officer was charged with 10 counts of reckless endangerment and one count of manslaughter and involuntary manslaughter, according the to the charging documents.

According to court records, all three men had their preliminary arraignments Tuesday morning and each was released on unsecured $500,000 bail. A message left with law firm McMonagle, Perri, McHugh, Mischak & Davis, which is representing all three men, was not immediately returned Tuesday.

Investigators say Angelo â€œAJâ€ Ford, 16, got into an argument with Hasein Strand, 19, and exchanged gunfire outside of the Aug. 27 football game in Sharon Hill, a small borough just north of the Philadelphia International Airport. That gunfire included two gunshots in the direction of the three officers, who were monitoring the crowd as it left the game, authorities said.

The officers returned that gunfire, firing their weapons toward a car they believed was involved in the initial gunfire, striking the car and members of the crowd of people leaving the game. Investigators later determined that the women in the car were not responsible for the initial gunfire.

Delaware County District Attorney Jack Stollsteimer had previously said there was a high probability that Bility and three of four others who were injured by gunfire had been struck by police. He said Tuesday that investigators are now certain they were struck by police gunfire.

â€œThis is a sad day for our officers, who face criminal charges for trying to do their jobs and keeping the community safe,â€ Fitzgerald wrote. â€œThe FOP continues to support these fine officers and will provide a vigorous defense against these allegations.â€

Borough officials had previously declined to release the officersâ€™ names. On Tuesday, Sharon Hill Solicitor Sean Kilkenny said the borough council will vote later this week on a motion to fire all three officers in the wake of the grand juryâ€™s findings.

Council President Tanya Allen wrote in an emailed statement that the council had been patient while the investigation was ongoing, but could move forward with measures to â€œhold the officers accountable.â€

â€œSharon Hillâ€™s heart is still broken. The entire Borough grieves for Fanta Bility and we again convey our deepest sympathies to her family and everyone affected by the shooting,â€ Allen wrote in an emailed statement.

Stollsteimerâ€™s office also announced Tuesday that murder charges related to Bilityâ€™s killing were being withdrawn against the two Black teens.

â€œWhile I believe these defendants should be held accountable for starting the series of events that ultimately led to Fanta Bilityâ€™s death, developments during the grand jury investigation render it appropriate to withdraw these charges at this time,â€ Stollsteimer wrote in the emailed release.

Stollsteimer had initially said in November that the first-degree murder charges were warranted under the legal principle of transferred intent, meaning their actions had set off the chain of events leading to Bilityâ€™s death.

Earlier Tuesday, Strand had pleaded guilty to aggravated assault for his role in wounding one of the children struck by gunfire and to illegal possession of a firearm. In an emailed news release, a spokesperson said under the terms of the plea agreement, Strand will serve between 32 and 64 months in prison.

Ford is still facing charges for his â€œattempt to kill Strand,â€ according to the release. A preliminary hearing for Ford was postponed last week as dozens of people gathered at the courthouse in Media to protest first-degree murder charges against the teens and demand that the officers be charged.

Stollsteimer, a Democrat who was elected on a reform agenda, has faced mounting criticism by members of his own party since charging the teens in November.

At least two Democratic committees in Delaware County urged Stollsteimer to recuse himself from the case and turn it over to the state attorney generalâ€™s office, while five members of the Philadelphia City Council released a statement last week condemning what they called a â€œshocking miscarriage of justice.â€

Bruce L. Castor, Jr., an attorney representing Bilityâ€™s family, said the family is happy with the decision to charge the officers. Castor, a former prosecutor in neighboring Montgomery County, who also represents a handful of other people who gave testimony to the grand jury in the case, said the district attorneyâ€™s office has kept him and the family informed throughout the process.

â€œThey are very pleased with how the district attorney and the grand jury handled the case so far,â€ he said. â€œThe one thing they didnâ€™t understand is why those other two shooter were charged in Fantaâ€™s death. It didnâ€™t make a lot of sense to them. But frankly, it takes a lot of courage to realize youâ€™re going down a blind alley and back yourself out of it and decide to go the right way. And I think thatâ€™s whatâ€™s happening here.â€

Borough officials had also hired an outside firm to examine the police departmentâ€™s training and policies in the aftermath of the shooting. That audit was still ongoing as of Tuesday.