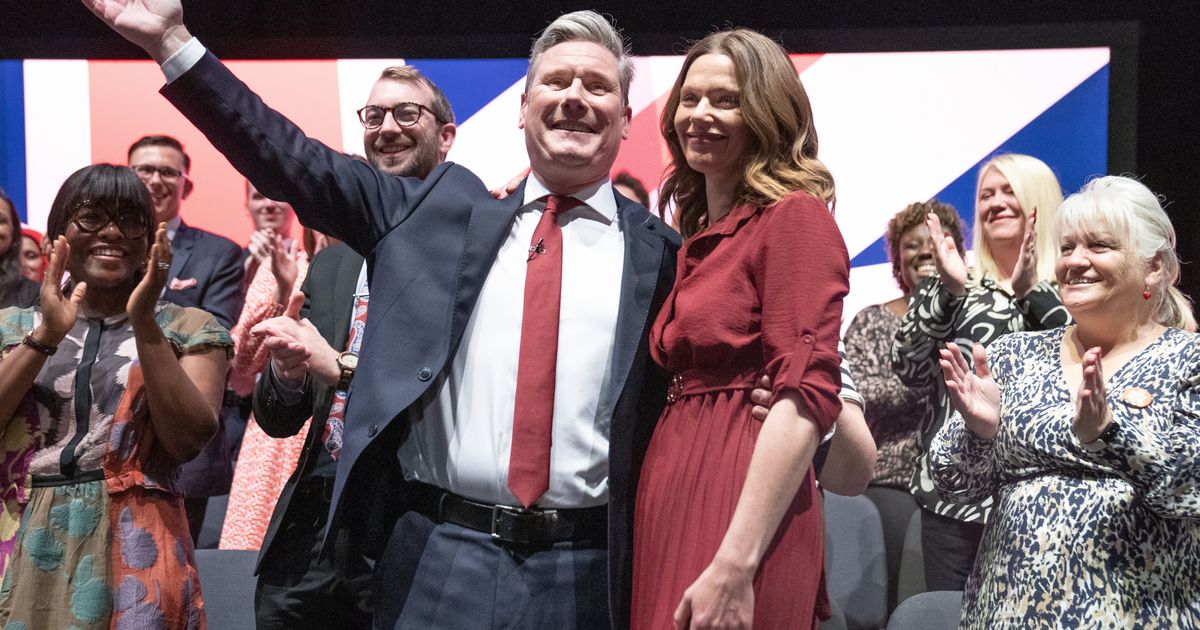 Keir Starmer’s speech in Liverpool showed he believes that a Labour government is no longer a pipe dream but a serious possibility.

The Labour leader gave a confident and assured pitch not only to the party faithful, but to the country at large — to a Britain that he described as “all at sea”.

Starmer’s speech was designed to demonstrate that he was listening and that Labour was ready to step up where the Tories had stepped down.

Channelling the late Queen Elizabeth’s dedication to duty, he said it was now time to “turn our collar up and face the storm”.

Here are five things we learned from Starmer’s conference speech.

Labour is capitalising on Tory woes

Starmer said there were “two sides of Britain”: one of order and unity characterised by the queue to see the Queen’s lying-in-state, and one where a “cloud of anxiety hangs over working people”.

Starmer firmly pinned the blame for such anxiety on the Tories, whom he portrayed as reckless vandals: “They haven’t just failed to fix the roof. They’ve ripped put the foundations, smashed through the windows and now they’ve blown the doors off for good measure.”

Liz Truss’s decision to abandon the top rate of tax for those earning more than £150,000 has clearly been a gift to Labour, allowing Starmer to paint himself as on the side of working people and the Tories as an out-of touch party of the rich.

“Higher interest rates. Higher inflation. Higher borrowing. And for what?

“Not for you. Not for working people. For tax cuts for the richest one per cent in our society. Don’t forget. Don’t forgive.”

The sense of crisis provides Labour with an opportunity to play the adult.

“At moments of uncertainty like this we must provide clear leadership,” he went on. “We must stand with working people. Meet their ambitions for real change. Walk towards a better future. And build a new Britain, together.”

Power to the people

While the Tories had “failed to prepare” for the economic crisis the UK now finds itself in, Starmer said he was looking to the future by transitioning to a green economy that would give “British power to British people”.

“The future wealth of this country is in our air, in our seas, in our skies. Britain should harness that wealth and share it with all.”

The phrase “British power to British people” was not only literal but metaphorical.

Starmer redefined Labour as the party of aspiration, accusing the Tories of failing to understand how they had “choked it off for working people”.

He recalled a meeting with a woman in Grimsby who told him: “I don’t just want to survive; I want to live”.

“Conference, I want to look her in the eyes after five years of a Labour government and I want to know that she, and millions of people like her, are not just surviving, they’re thriving.”

Taking on the Tories’ turf

The Tories have long been regarded as the party of home ownership, but Starmer showed he was serious about reclaiming that title with a pledge to guarantee 70 per cent home ownership.

He said he would bring in a new mortgage guarantee scheme to help real first-time buyers onto the housing ladder.

“My message is this: if you’re grafting every hour to buy your own home Labour is on your side,” he said. “Labour is the party of home ownership in Britain today.”

Labour has long been criticised for been inward-facing rather than outward- facing, constantly distracted by internal divisions and fights.

If Starmer’s first in-person conference speech was marked by addressing the active issues within his own party, this one will be remembered for how little the Labour Party featured in the leader’s speech.

In a sign of the change the party has gone through under Starmer’s leadership, issues such as the problem of anti-Semitism and Jeremy Corbyn’s ambivalence to Nato, were mentioned as problems past, not present.

Tony Blair famously described the Labour Party as the “political wing of the British people” in his conference speech in 1997 — the year that Labour would go on to win the general election by a landslide.

Indeed, the party would be hard-pressed to find a moment more opportune to rebuild from the rubble.