50 years after Roe v. Wade, many abortion providers are changing how they do business 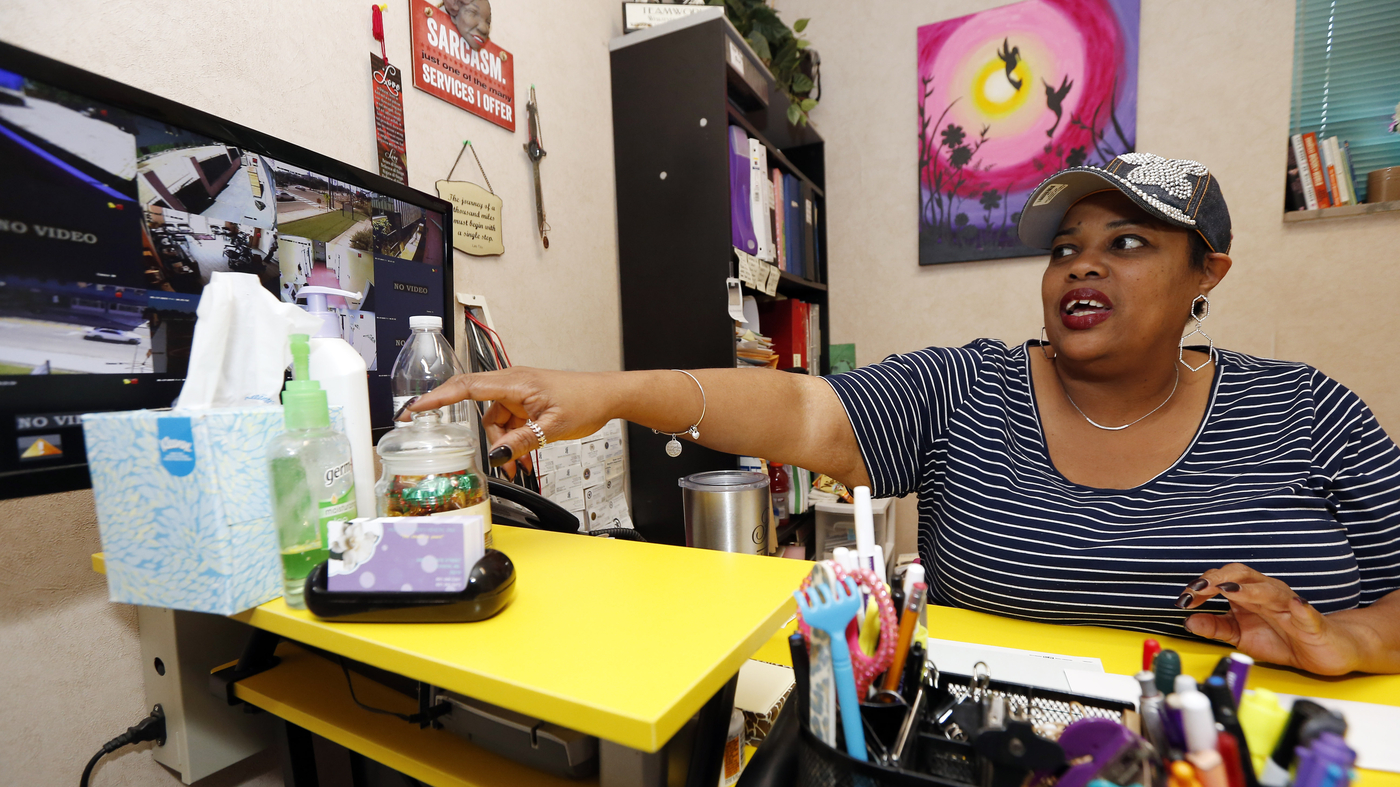 Since the Dobbs decision in June, clinics providing abortions in what are now restrictive states have had to reinvent what they do. Shannon Brewer, pictured here in 2019 at the Jackson Women’s Health Organization, now runs a clinic in Las Cruces, N.M., where abortion is legal.

Since the Dobbs decision in June, clinics providing abortions in what are now restrictive states have had to reinvent what they do. Shannon Brewer, pictured here in 2019 at the Jackson Women’s Health Organization, now runs a clinic in Las Cruces, N.M., where abortion is legal.

The 50th anniversary of the Roe v. Wade decision would have been a day of celebration for many abortion-rights supporters.

After Dobbs, many clinics in red states where restrictive abortion laws have been enacted have been forced to close their doors and move, or stay open and dramatically shift the services they’re providing.

The CHOICES clinic in Memphis, Tenn., opened in 1974 in direct response to the Roe v. Wade decision a year earlier. When the U.S. Supreme Court announced it would take up the Dobbs case, CHOICES president and CEO Jennifer Pepper says it was clear what was coming.

“We knew immediately that meant we would lose abortion access in Tennessee in the next 12 months, and so we began to plan,” Pepper says. “It has been a wild ride.”

The clinic began working toward opening a second location in southern Illinois — a state controlled by Democrats with a political environment friendly to abortion rights. In October, they began seeing patients at that new location in Carbondale, about a three-hour drive from Memphis.

The Memphis clinic has stayed open and offers other types of reproductive health care, including a birth center and gender-affirming care.

In Oklahoma, where abortion became illegal last May under a Texas-style law threatening providers with lawsuits, the Trust Women clinic in Oklahoma City has also pivoted toward other services, including gender-affirming care, family planning and even medication-based opioid treatment.

Rebecca Tong, the co-executive director, describes the area as a “healthcare desert.” Tong says the organization looked at what the community needed and tried to adjust accordingly.

Jennifer Pepper, the CEO of CHOICES in Memphis, Tenn., leads a morning staff meeting June 27, 2022, shortly after the announcement of the Dobbs decision. CHOICES has opened a clinic in Illinois since then.

Jennifer Pepper, the CEO of CHOICES in Memphis, Tenn., leads a morning staff meeting June 27, 2022, shortly after the announcement of the Dobbs decision. CHOICES has opened a clinic in Illinois since then.

After Oklahoma banned abortion, Tong says her organization shifted abortion services to its other clinic, in Wichita, Kan., where abortion remains legal.

“We’re seeing patients twice as many days as we had in the past. The level of staffing that we’re at, we’ve never had this many staff,” Tong says. “All of this is new.”

Tong says patient volume in Kansas has roughly quadrupled since last summer, and the clinic had to make changes to its phone system to handle the increased call volume.

“We’ve changed almost everything,” she says.

Many clinics that stay open — or reopen in a new location — are finding themselves at or near capacity.

“We are just doing abortions; we are strictly abortion clinics now. That’s all we have time to do,” Derzis says.

“It’s one community in Fargo-Moorhead,” she says. “But the difference between the two states … is literally night and day.”

Kromenaker says many of her patients are scared and confused.

“I literally had a patient say to me, ‘Will I go to jail if I come from North Dakota to Minnesota?’ ” she says.

She reassured the patient that she would not be penalized for crossing state lines under current law. But many legal experts predict that the years to come will bring intensifying efforts by abortion rights opponents to make interstate travel for abortion more difficult, if not illegal.

Other abortion providers are experimenting with mobile health care, moving toward offering abortion pills and some surgical procedures through mobile units.

In Illinois, where a Planned Parenthood clinic across the state line from St. Louis, Mo., has experienced an influx of patients from across the region, administrators recently purchased an RV to serve patients traveling from around the region to various temporary locations across southern Illinois. An organization called Just the Pill has launched a similar unit based in Colorado.

The objective is to get closer to patients in states with abortion bans while staying within the boundaries of states where abortion remains legal.

Kristan Hawkins, with the anti-abortion rights group Students for Life, says activists are looking at ways to restrict abortion at the local level, even in states where it remains legal.

“It’s gonna be the city campaigns,” Hawkins says. “It’s, ‘What can we do?’ Is it passing some sort of ordinance in the city council? Is it getting more active on the streets?”

Julie Burkhart, who’s been involved in the abortion rights movement for decades and co-owns a clinic in Illinois, says clinics have faced opposition for years and will continue finding ways to adapt.