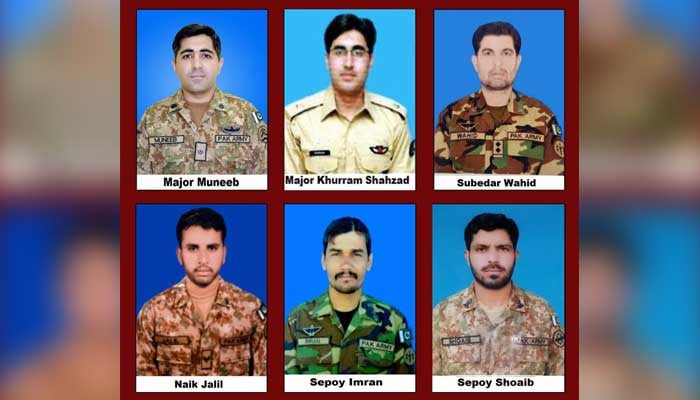 According to the military’s media wing, the Pakistani Army helicopter crashed during a flying mission near Khost, Harnai Balochistan late last night.

Subedar Abdul Wahid, 44, hailed from Karak’s Sabir Abad village and he left behind a widow and four children, while Sepoy Muhammad Imran, 27, was a resident of Khanewal’s Makhdoompur and is survived by a widow and three children.

In a brief statement, the ISPR said that the incident occurred due to bad weather during flood relief operations.

Expressing deep sorrow over the tragic incident, Punjab Chief Minister Pervaiz Elahi extended his condolences to the families of the martyred soldiers.

Paying rich tribute to the martyrs, he said, “They laid down their lives in the line of duty. The nation is proud of their dutifulness. The martyred are the heroes of the nation.”

The nation salutes to the martyred army officers, the Punjab CM said, adding that they can never forget the great sacrifices rendered by the martyrs.