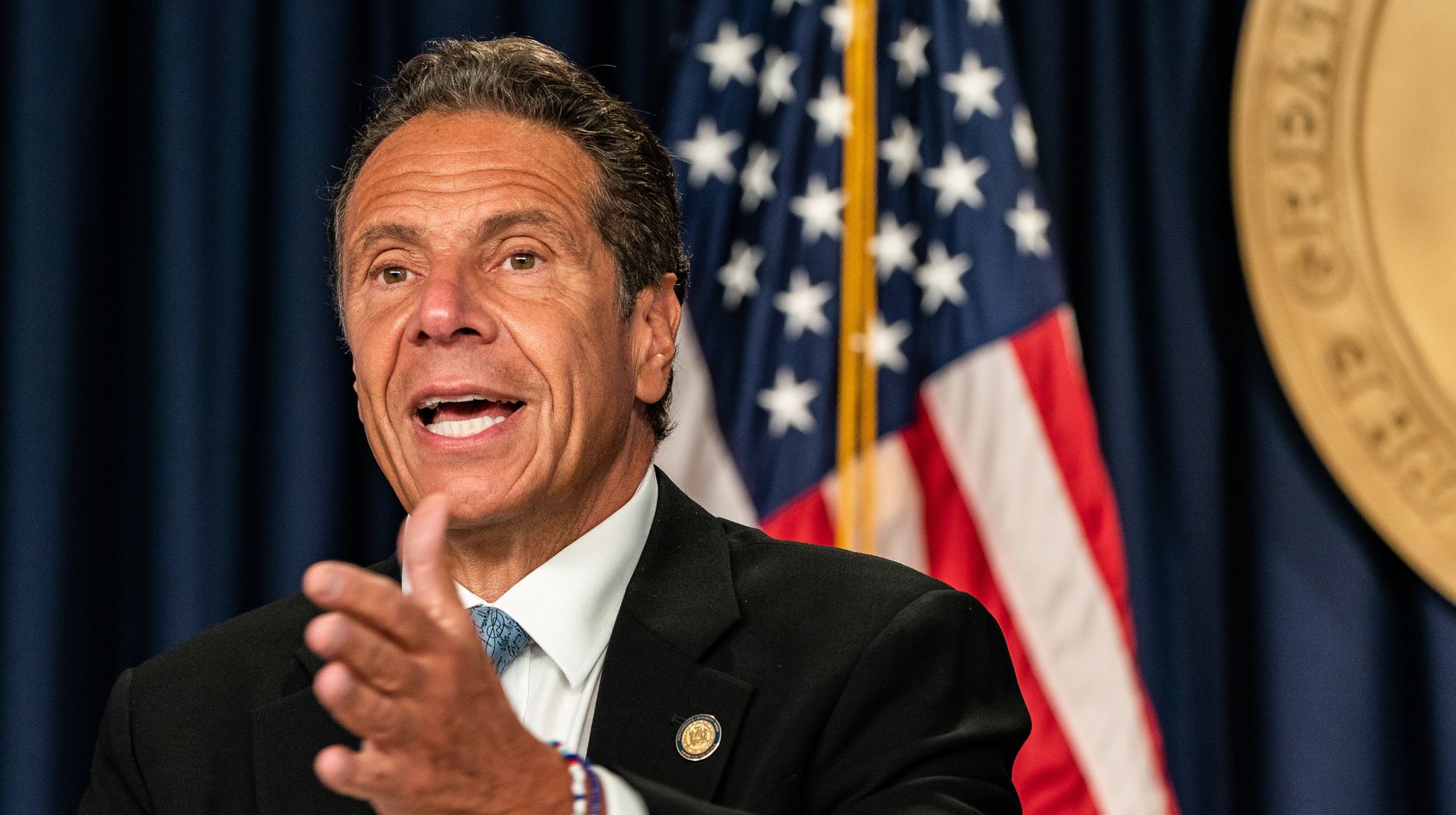 New York Gov. Andrew Cuomo (D) is refusing to accede to demands that he resign, following at least six allegations of unwanted sexual advances and growing pressure to answer for an alleged coverup of the number of COVID-19-related deaths in New Yorkâ€™s nursing homes.

â€œThe premise of resigning because of allegations is actually antidemocratic,â€ he told reporters on a conference call on Sunday.Â

Cuomo is instead insisting that the public wait to learn the findings of New York Attorney General Letitia Jamesâ€™ independent investigation into the sexual misconduct allegations against him.Â

But in the past, Cuomo has proven less accommodating to other elected officials facing allegations of sexual impropriety or other misdeeds.

In February 2019, NPR asked Cuomo whether Gov. Ralph Northam of Virginia, a fellow Democrat, should resign.Â

Days earlier, a photo from Northamâ€™s medical school yearbook showed a man resembling Northam dressed in blackface. Northam eventually denied that he was the man in the photo but admitted that he had worn blackface on another occasion and apologized.Â

Cuomo was unequivocal in his belief that Northam should resign, regardless of the merit of the allegations against the Virginia governor.

â€œTo govern, you need the confidence and support of the people, otherwise you canâ€™t do your job,â€ Cuomo said. â€œAnd I donâ€™t see how he can actually do his job given the situation that heâ€™s in.

â€œBeing governor is not just having the title,â€ he continued. â€œItâ€™s having the trust and the confidence of the people. And I donâ€™t â€• I think heâ€™s lost that.â€

Northam refused to resign and is expected to complete his four-year term at the end of this year.

Prior to Cuomoâ€™s comments about Northam, he had made similar calls for New York elected officials accused of sexual misconduct or domestic abuse to resign on at least four occasions since he became governor in 2011.

In August 2012, Cuomo called for New York Assemblyman Vito Lopez, a Brooklyn Democrat, to resign if the allegations made against him by former staff members were true. Two women had accused Lopez of unwanted kissing and groping, as well as verbal abuse.

In May 2013, with Lopez resisting calls for resignation, Cuomo said the legislature should expel Lopez if he does not â€œresign immediately.â€ (Lopez resigned shortly thereafter.)

Current and former staffers for the two lawmakers had accused them of making unwanted verbal sexual advances.

After the New York Assemblyâ€™s ethics committee confirmed the veracity of the claims against Kellner in December 2013, Cuomo said the two men must deny the allegations or resign.

If the lawmakers chose neither to deny the allegations nor to resign, Cuomo said in a statement that the legislature â€œshould seriously consider moving to expel them.â€ (Gabryszak resigned in January 2014; Kellner, stripped of a committee chairmanship, stuck around but declined to run for reelection in 2014.)

In two subsequent cases in which New York elected officials were accused of abusive behavior, Cuomo did not even offer the opportunity to deny the claims.

An Attorney General And A Mayor

In a May 2018 investigation in The New Yorker, four women told graphic stories of then-New York Attorney General Eric Schneiderman physically abusing them when they were romantically involved. Schneiderman denied the allegations. Cuomo was not interested and joined the immediate chorus of calls for Schneiderman to resign, which he did, hours after the New Yorker article came out.

And in September 2018, Cuomo asked Shawn Morse, who was then-mayor of Cohoes, New York, to resign following accusations that he had physically abused his wife and daughter. (The Cohoes government ended up ousting Morse after he pled guilty to misuse of campaign funds in August 2019.)

In a conference call with reporters on Tuesday, Cuomo was asked to explain why he is insisting that New Yorkers wait for the findings of an independent investigation before they assess his alleged harassment of women â€” an act of patience he did not show previous elected officials.Â Â

He said that the charges against Schneiderman were more severe than those he was facing.

Cuomo emphasized that he denies ever having â€œtouched anyone inappropriately.â€

Up until Tuesday, Cuomo was accused primarily of unwanted verbal sexual advances.Â

But on Tuesday, theÂ Albany Times-Union reported that a woman who works for Cuomo accused him of groping her during a night-time meeting at the governorâ€™s mansion.

Cuomo has denied the allegation.

However, given the seriousness of the charge, Cuomoâ€™s attorney Beth Garvey notifiedÂ Albany police so that law enforcement could inform Cuomoâ€™s accuser of her right to potentially bring criminal claims against Cuomo. (Through a lawyer, the woman refused Garveyâ€™s recommendation that she contact the police directly, according to Garvey.)

Cuomoâ€™s press staff did not respond to HuffPostâ€™s request for comment on whether his calls for patience now were consistent with his past demands for people to resign.