TORONTO — Rare is the occasion when a 13-year NHL veteran — a six-time all-star and Olympic gold medallist, no less — confesses to “butterflies” and “anxiety” heading into a pre-season contest half-stacked with farmhands.

But for John Tavares, the Toronto Maple Leafs and their 10,000 giddy fans, there was an unusual amount of meaning in Saturday’s exhibition.

The last time Tavares played at Scotiabank Arena, in Game 1 against these same Montreal Canadiens, he left in silence on a stretcher.

Imagine merging onto the same highway where you had suffered and survived a frightening accident.

In addition to recovering from his concussion, Tavares and his family spent a great deal of time this summer dealing with the trauma of his horrific fluke collision with Ben Chiarot and Corey Perry.

While he refuses (understandably) to watch the replay and has no memory of the impact, the captain needed to be at peace with the fact he couldn’t have done anything to sidestep the collision. He needed to read the apologetic text messages from Perry and Chiarot and believe there was no malice intended.

With help, Tavares has been training his mind to reframe nerves and anxiety as excitement.

And it was no accident that coach Sheldon Keefe wanted to start Tavares in the first shift of the first pre-season game to get the hurdle over with as soon as possible.

“Clearly it was something that impacted me and my family very significantly, and it was important to address that and to manage those emotions and process that,” Tavares said. “Just trusting my preparation, you know? Believing everything that I put into it and just staying in the moment. Enjoy playing the game since I was a kid.”

Tavares thought frequently about falling in love with this game since he was three years old. He appreciates every day on the ice a little more. And he’s dreamed about how badly he wants to show well this fall and lock up a spot on Team Canada’s 2022 roster.

To that end, the centre is off to a fine start.

In thrashing the Habs 4-1, Tavares scored the game-winner 10 seconds into a power play by placing a slick tip on a William Nylander shot and had his fingerprints all over the Leafs’ better scoring chances.

“No one is going near John Tavares in our scrimmages, so this is game-like for him,” Keefe said. “It’s a big step. He’s put a tremendous amount of work in from what I’ve seen from him in the first two days [of camp].

A handful of other left wingers would cherish the opportunity given to Michael Bunting, who starts camp — and likely the season — to the left of Tavares.

“I see a lot of similarities with Matt Moulson, just with the tenacity and drive to find a way to contribute and make a difference when he’s out there, whether that’s with the puck or without the puck,” Tavares said.

Moulson’s best hockey was played to the left of Tavares on Long Island. He was a three-time 30-goal man in the early ’10s.

“[Bunting] has a really good nose for the net,” Tavares praised. “[He’s] always on the puck, seems to have it a lot, has a good understanding of the game and the people around him and how to distribute or understand spacing and the flow and how to capitalize and get open and create opportunities.”

The Scarborough, Ont., native was buzzing Saturday, first in on pucks, scrumming up the crease and helping create chances off the cycle.

Bunting scored in front of his girlfriend and several family members by driving to the net and deftly tipping a hard T.J. Brodie pass through Cayden Primeau.

“It was pretty cool, obviously, to share that moment with them in the building. Obviously, they all grew up Leaf fans, so I’m sure they were pretty excited up there,” Bunting said.

“[Tavares] is pretty easy to play with. He’s always in the right spot, and he’s working hard. I just tried to get in the corners, work hard, put my body on the line and retrieve pucks, and I think I was pretty good at that tonight.”

Ho-Sang will be given no excuses

Here for a tryout with his hometown Maple Leafs, Thornhill, Ont., native Josh Ho-Sang has been handed the type of linemates that should allow him to impress: Tavares and Bunting.

“We’ve clearly given him a great opportunity,” Keefe said. “We’re looking to see what he can do with that. There’s a number of other players who would love to be playing in that spot tonight, but we wanted to give him a legitimate crack at this. We believe in his skill-set.”

Tavares and friend Wayne Simmonds have known Ho-Sang for years. They see a more mature version of the player, on and off the ice.

“He seems a little more comfortable in his skin,” Tavares explained of his temporary right winger. “He’s put in a lot of good work here in the last six, eight weeks in the facility in preparing for training camp, and I think that’s given him a bit of an understanding of how we do things here.

“He’s excited about the opportunity and wants to make an impact.”

Ho-Sang created multiple scoring chances for both he and his linemates, his best chance turned away by Michael McNiven after Tavares sprung him for a breakaway.

Gabriel throws his weight around

Rough and rugged Marlie Kurtis Gabriel signed with Toronto this summer after racking up 55 PIMs in 11 games with the San Jose Sharks.

There is no hiding the strength of the 6-4, 200-pounder’s game. Gabriel deposited Habs D-man Alexander Romanov in the neutral-zone camera bay with a monster hit in Period 1.

Then he dropped the gloves with Brandon Baddock (6-3, 221 pounds) early in the second, and got the better of his instigator.

“‘Saturday Night’s Alright for Fighting’ — I was listening to that before the game,” Gabriel admitted. “Seeing guys like Ho-Sang play the body and [Ilya] Mikheyev play hard and lay guys out in front of the bench, I just love being part of this culture. That’s what sticks out to me: everybody really loves playing for each other.”

Gabriel topped off his debut by scoring unassisted after a brutal giveaway by McNiven. (His most recent NHL goal came during the 2018-19 season with the Devils.)

“I’ll take anything I can get,” Gabriel smiled.

Mid-July is supposed to be a relaxing time for established NHLers under contract, yet Alexander Kerfoot spent it on pins and needles.

The winger respects that GM Kyle Dubas was upfront in letting him know he’d be exposed to Seattle in the expansion draft, but that didn’t ease all his emotions with the uncertainty over whether the Kraken would nab him or last-minute acquisition Jared McCann.

“This organization is really good about communicating so I had an idea about what was going on, and I knew I couldn’t control anything,” Kerfoot said Saturday. “Hoping I was going to be back, and very fortunate to be back.”

Piling on the tension was a leaked ESPN video announcing Kerfoot as the Kraken’s selection:

“Pretty much everyone in my phone contact sent me that video,” Kerfoot smiled. “It was, obviously, a day of emotions.

“I didn’t know what to think, and then people assured me it wasn’t anything real. So I just went about my business and then found out the next day I’d stay a Leaf.”

At the conclusion of Saturday’s warmup, Kefoot gifted his stick to a few fans holding up a “Going Coco-Nuts for Kerfy” sign to the glass.

Prospect Joseph Woll was slated to split goaltending duties with Michael Hutchinson Saturday, but an upper-body injury suffered Friday opened the door for Ian Scott to get some long-overdue action.

Scott made an incredible blocker save to rob Cole Caufield off a one-timer strike, causing his teammates to jump out of their seats.

But he reinjured his groin after less than five minutes of work.

Scott, 22, missed the entirety of 2019-20 while rehabbing and appeared in just a single game for the Marlies in 2020-21. He’ll miss a significant amount of time. Again.

“You feel for him,” Keefe said. “It’s a tough situation for him, obviously. He’s worked his way back here and was coming off a strong rookie tournament.”

In light of Zach Bogosian’s return to Tampa Bay, expect his critical penalty kill minutes to be split by Travis Dermott and Morgan Rielly this season. … Pierre Engvall is day-to-day with a hip injury. … Snipers William Nylander and Nick Robertson killed penalties Saturday. … Toronto inked Saint John Sea Dogs defenceman William Villeneuve, a 2020 fourth-round pick, to his entry-level deal Saturday. This leaves Ryan O’Connell and Axel Rindell as the club’s prospects whose rights will expire if not signed by the summer. 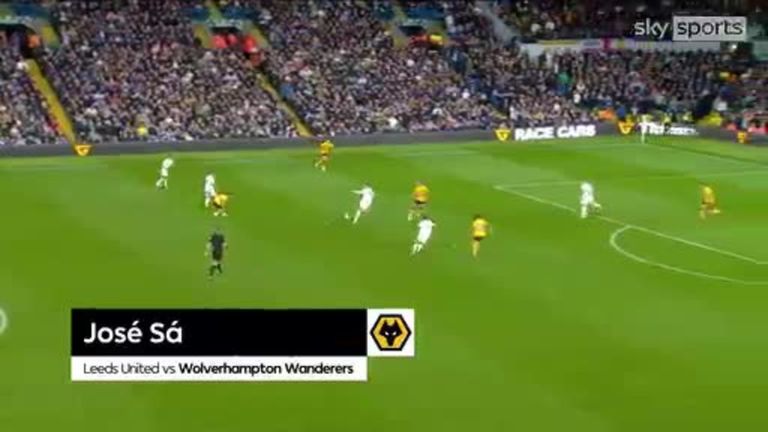 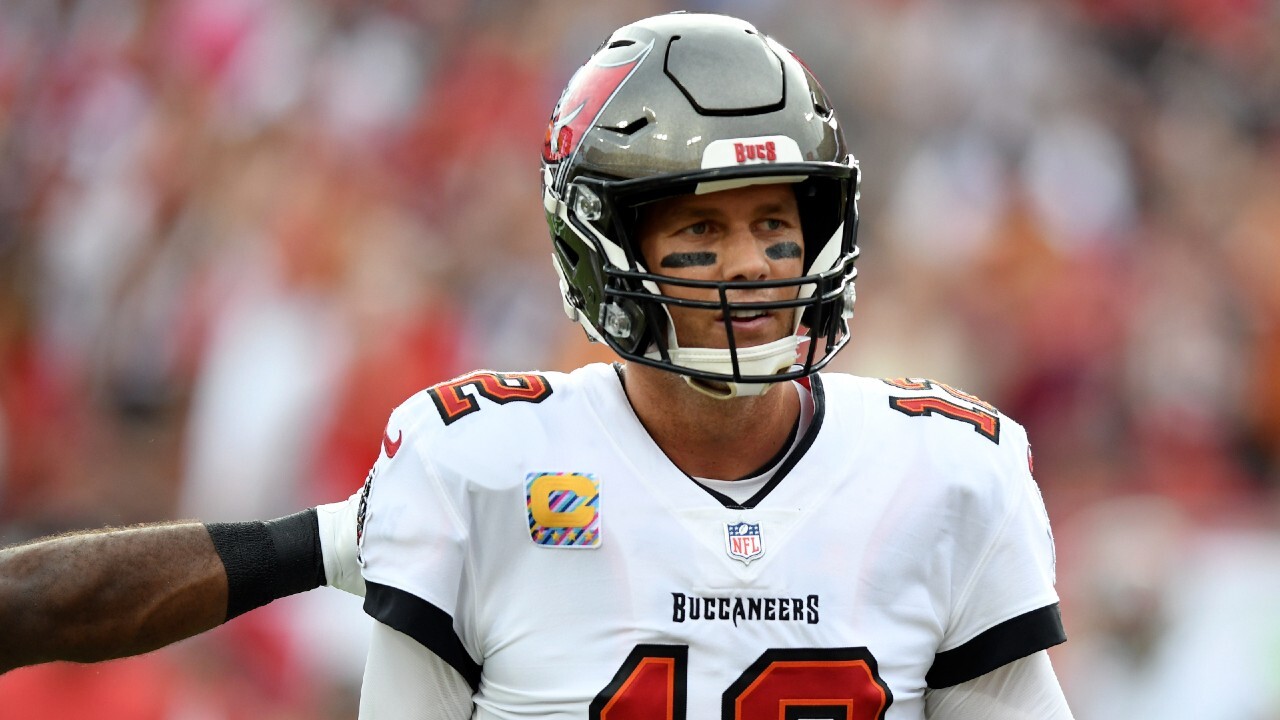