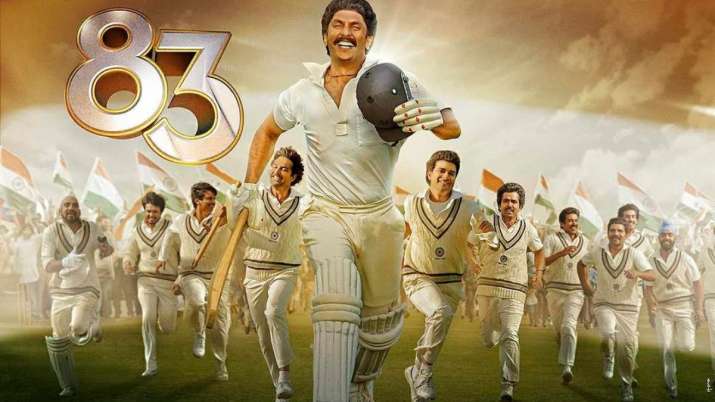 ’83’ starring Ranveer Singh and Deepika Padukone along with a barrage of talented actors is easily one of the most awaited films of the year. Recently, the makers shared the teaser of the film, which left people raving at one of the greatest moments of independent India. Now, the film’s poster has made its way to the Internet and has taken it by storm.

Ranveer, who plays the iconic Indian skipper and all-rounder Kapil Dev, took to his Instagram to share the film’s poster and also revealed that the film’s trailer will be out on November 30.

The poster features Ranveer’s lead character and his teammates running to glory with an underlay of tricolour and Indian flag in the background.

The film, directed by Kabir Khan, is a biographical sports drama based on the 1983 World Cup-winning Indian cricket team.