A Black Man Pleaded For Help After Breaking His Neck While In Custody. Police Ignored Him. 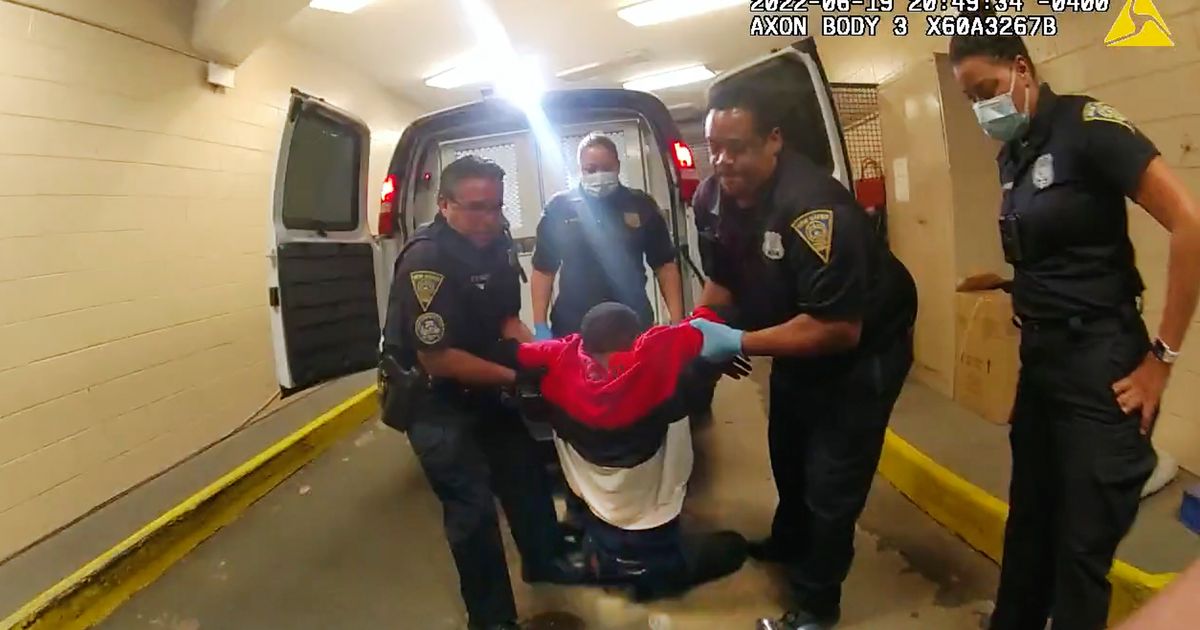 Five police officers in Connecticut were criminally charged Monday after a Black man in their custody was paralyzed while riding in the back of a police van.

Oscar Diaz, Ronald Pressley, Jocelyn Lavandier, Luis Rivera and Betsy Segui, all officers with the New Haven Police Department in Connecticut, were charged with a misdemeanor of second-degree reckless endangerment and cruelty to a person, according to arrest warrants filed in the State of Connecticut Superior Court.

Richard “Randy” Cox Jr., 36, was arrested in June for allegedly threatening a woman while he had a gun on his person during a block party. He was charged with breach of peace, second-degree threatening, carrying a pistol without a permit, criminal possession of a firearm, and first-degree threatening. The charges were dropped last month.

During his arrest, Cox was put in the back of a police van which was not equipped with any seatbelts.

Diaz, who was driving the van, stopped abruptly during the ride after another vehicle ran a stop sign, according to an arrest warrant. Cox flew head first into a metal partition in the van and struck his head and neck area. He shouted for help a number of times and asked Diaz to pull over because he had fallen and could not move.

Diaz said he could see Cox on camera and told him to get up.

Diaz repeatedly said he could not hear Cox, though he eventually stopped the van and opened the door to examine him, according to the warrant.

Diaz called for an ambulance to meet them at the police station, where he and the other four officers removed Cox from the van.

According to court documents, Pressley threatened Cox, saying, “You keep messing with me. I’ll see you when you come back. I’ll be here tonight.”

Cox later told state authorities he was never given any medical aid after being taken out of the van and telling the officers his neck was broken.