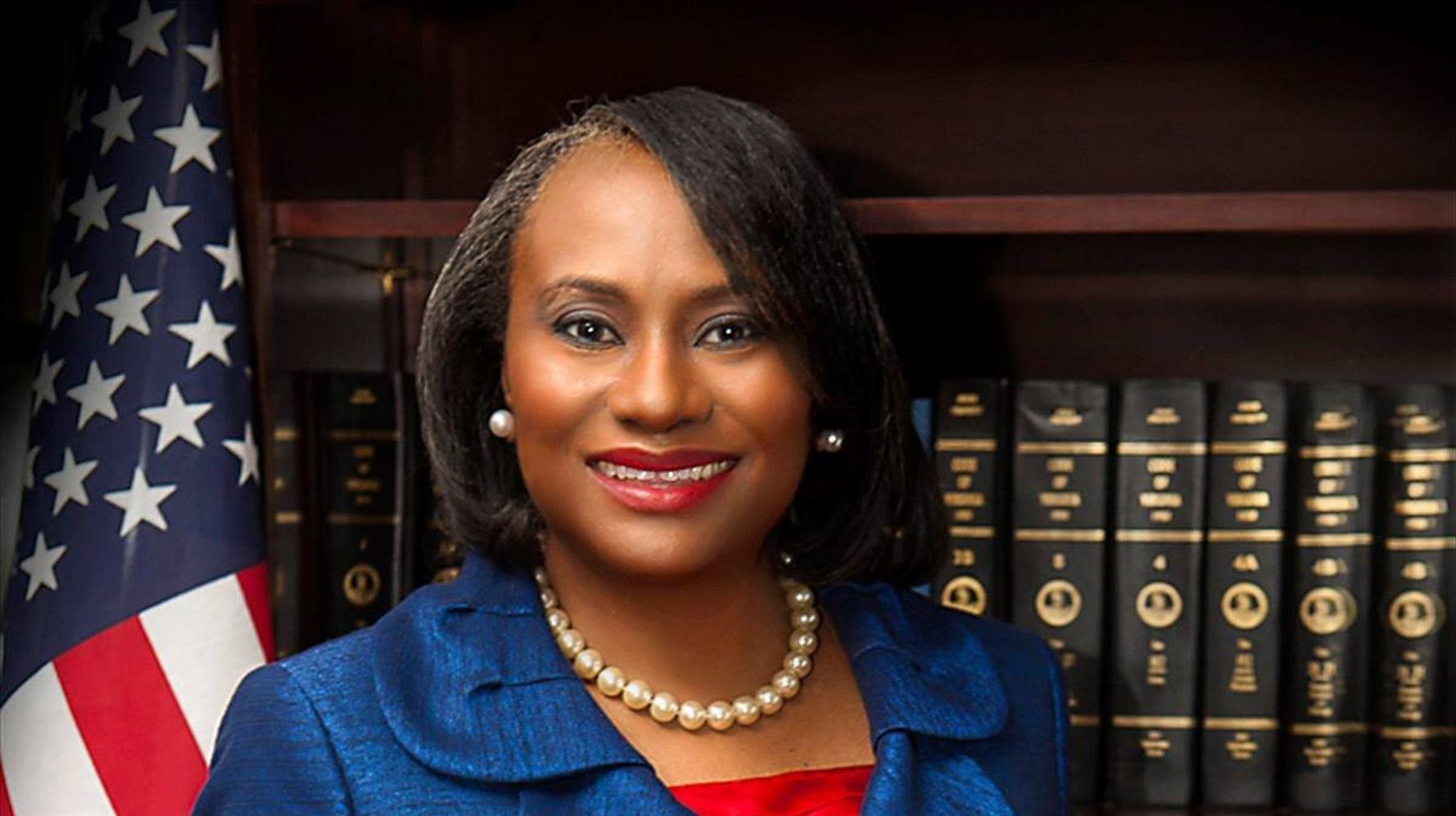 A mounting political and racial controversy stemming from the destruction of a Confederate monument in Portsmouth, Virginia, intensified this week after a white city resident brought criminal charges against the cityâ€™s Black vice mayor.

The resident, Tommy Dubois, alleged that Vice Mayor Lisa Lucas-Burkeâ€™s public call for the firing of the cityâ€™s police chief constituted a misdemeanor crime under an obscure city statute. Dubois appears to have gotten the idea to press the charges from a Facebook group.

Sheriffâ€™s deputies delivered a summons to Lucas-Burke on Monday morning after Dubois filed the criminal case against her with a magistrate judge. In Virginiaâ€™s magistrate system, citizens can bring criminal charges against other individuals by making their case to a judge.

Since a magistrate judge signed off on the complaint, Lucas-Burke will have to appear in court to respond to the allegation that her political speech against Portsmouthâ€™s police chief violated the â€œnoninterference in appointments or removalsâ€ provision of the city charter. That document gives Portsmouthâ€™sÂ powerful city managerÂ oversight over the hiring and firing of city employees.Â

Lucas-Burke is the daughter of Virginia State Sen. Louise Lucas (D), the highest-ranking elected Black female official in Virginia. Earlier this month, the Portsmouth Police Department circumvented the cityâ€™s elected local prosecutor to bring felony charges against Lucas, local civil rights leaders, and Portsmouth public defenders for â€œinjury toâ€ a Confederate monument destroyed in June. The sergeant in the departmentâ€™s property crimes unit who brought the felony charges previously lashed out against Lucas and the other defendants, criticizing both their actions leading up to the monumentâ€™s destruction and the public criticism of the cityâ€™s police chief, Angela Greene, who is black.

The charges against Lucas-Burke are misdemeanors that wouldnâ€™t carry any jail time if she is convicted. But if found guilty, she would be forced to forfeit her position as a city council member and give up the vice mayorâ€™s post.

Lucas-Burke told HuffPost she was upset about the charges and believed theyâ€™re â€œbogus.â€ She declined further comment until after she met with her attorney.

The filing of charges against Lucas-Burke was evidently prodded by a Facebook page calling for the recall of her mother, Lucas, from her state Senate seat.Â The guidance on how a citizen could charge Lucas-Burke appears to have originated with Virginia Beach attorney Tim Anderson, who wants to oust Lucas from office and accused her of inciting a riot ahead of the monumentâ€™s destruction.

Lucas filed a $20 million defamation lawsuit against Anderson, alleging he knowingly published false information about her and harmed her reputation.Â Â

Dubois is a supporter of Greene; he told HuffPost he thinks the police chief is doing a â€œphenomenal job.â€

Supporters of the police department and Greene have pointed to her identity as a Black woman as evidence that their support for criminal charges against Black politicians and civil rights leaders arenâ€™t driven by racism. After The Virginian-Pilot published a comprehensive story on the charges against Lucas that placed the recent turmoil in historical context, members of an anti-Lucas Facebook group targeted the reporters who authored the story. â€œThis has nothing to do with race, itâ€™s about breaking the law!!!!!!!!!â€ wrote one commenter.Â â€œThey always play the race card,â€ wrote another.

Dubois said he didnâ€™t understand why people wereÂ â€œthrowing the race card out there,â€ and said his move to file charges against Lucas Burke had â€œnothing to do with race.â€

Dubois said he thought speakers at the press conference last week where Lucas-Burke called for the police chiefâ€™s firing had put too much focus on race.

â€œIf I didnâ€™t know any better, if I just woke up out of a coma and I watched that press conference, I would think we were living in a time that was 300 years ago,â€ Dubois said. â€œThey made it sound like Black people had no rights whatsoever.â€

â€œYes, there is racism in the world, but itâ€™s nowhere near as bad as people make it to be,â€ he said. â€œThe race card is played way too much.â€

Dubois said he anticipated attacks after he filed the charges against Lucas-Burke â€œbecause Iâ€™m a white with a bald head and I look like a neo-Nazi.â€ He added that he didnâ€™t identify as a Democrat or a Republican, but was for â€œcommon sense.â€

He said he supported moving the cityâ€™s Confederate monuments but wanted the matter to play out through a normal civic process. And he said he would have filed the charges against Lucas-Burke if she were white.

â€œShe broke the law, or the city charter, which is essentially the law,â€ Dubois said. â€œYou canâ€™t have politicians doing whatever they want whenever they feel like it, and that would be for anybody, whether it was another city council member who was white, or whatever the case, I would do the same thing.â€

The group organizing around Lucasâ€™ recall from the state Senate celebrated news of the charges against her daughter on Monday. â€œI hope she gets a cell right next to her mother lol,â€ one commenter wrote.Â

Despite claims from Dubois and others of race neutrality, Black political leaders in the Portsmouth region said that the unusual use of the criminal justice system againstÂ prominent Black politicians fit into a broader pattern.Â

â€œIt appears that the political enemies of Sen. Lucas are also the enemies of her daughter,â€ state Del. Don Scott (D), who is representing Lucas, told HuffPost.