A popular beauty spot has been described as “under siege”, as Helen’s Bay residents are plagued by rogue parking and anti-social behaviour.

hey say it’s down to a combination of factors, including the recent good weather, lockdowns and not enough patrols.

On Tuesday the Belfast Telegraph was greeted with much more characteristic Northern Irish weather when it visited the north Down village – pouring rain.

With empty streets and an almost deserted beach, residents were getting a rest from the onslaught they’ve faced in the past months.

On a warm day, it’s a very different story as people flock to the area in their droves, filling the residential streets full of cars and leaving residents stuck in their homes unable to get out of their drives.

Speaking to residents and visitors, there were differing opinions on the best way to fix the problems – but they all agreed that it needs a multi-agency approach.

The issues were raised at a recent council meeting of Arts and North Down Council, with UUP Alderman Marion Smith receiving cross-party support from fellow elected members on her proposal to call on Stormont ministers to engage in urgent talks about the noise, harassment and parking issues facing locals.

The council had asked the Department for Infrastructure for the inclusion of Helen’s Bay and Crawfordsburn in their routine car parking enforcement patrols due to a deluge of complaints by residents about illegal parking.

The Stormont department said in a letter to the council there were “finite” traffic attendant resources, and added: “The parking issues in Helen’s Bay do not justify adding this area onto our schedule for routine visits, however we will deploy to this area on occasions during the summer period.”

On Tuesday, even in the rain, there were still some people arriving to go swimming in the sea or to take a walk.

Some of those said they prefer coming when the weather isn’t so good – as at least then they’ll get a spot in the car park.

Among them was Julie Higginson, from Newtownards, who said: “It’s been very, very busy, especially during the first and second lockdowns.

“The queues were round to people’s houses and further around and they were blocking the people’s driveways.

“I’d rather come in weather like this because it’s going to be empty. And people leave stuff lying everywhere, too – it’s dangerous because the dogs would eat anything.”

Arriving into the car park on her way to do some kayaking was Alison Cardwell (43), from Ballyclare, who said they avoid the area when it’s busy.

“The parking situation would be pretty bad, there is no consideration for the like of the residents here. We know when we are coming down if it’s busy we’ll go on down to Crawfordsburn, you don’t mind driving a bit further.

“We like being down here for swimming, as it’s a nice environment, but we don’t like when we come down and the beach is jam packed, especially at the moment with Covid and things.”

But what about the residents themselves?

Flower boxes have been put on the grass on a stretch of the popular Church Road opposite houses to prevent parking as well as double yellow lines.

But residents say there are not enough, and they need to go further up the road.

Others say the car park opening hours need to be extended – it is currently open from 9am-9pm, and 9am to 7pm from September.

One resident, who has lived there for more than 10 years, said she has struggled to get out of her own home due to the parking problems.

“Recently, it has been appalling. The traffic on both sides of the road has been very, very bad,” she said.

“We can hardly get our cars out of the driveway because there are cars on either side and you can’t see what’s coming down or coming up.

“There has been a scheme to get the planters up the side to stop people going on the grass, but you need them all the way up the road to stop it.”

She also said anti-social behaviour is a problem and more police patrols are required.

Another resident, Millie McEldowney (65), who has lived in the area for five years, said she doesn’t blame the people coming to spend the day, but that the infrastructure needs to be better to accommodate them.

She believes extending the opening hours of the car park would help and also the availability of another car park.

“It’s been really awful, the good weather brought an influx of people coming to enjoy the beach,” she said.

“I’m a swimmer as well. I understand that they would want to come and avail of the beach.

“The parking has been very bad, but I don’t blame the people who come in cars. Really, they shouldn’t be parking on double yellow lines, but they’d have to park streets away and carry all their gear down – and if they are coming with their family, it’s not always easy to do that.”

She continued: “It needs to be addressed by councillors and the whole multi-agency approach.

“It needs action I don’t think it’s fair to slap a £60 on someone who’s come down with their children for the day on the beach.

“Covid has made it especially difficult for people and they need out of the house.”

While she said anti-social behaviour has been a problem – with reports of someone going to the toilet in a garden – Millie feels a long-term solution needs put in place, although she acknowledged the crowds died down once the good weather ended.

“I would like it addressed because since the planters have been put down, I feel we need to apply for a community grant and put planters down this side, too,” she said.

“You even think twice about about going to the shop as cars are coming down the road, and there are cars on both sides. The road doesn’t hold four cars abreast and people are stuck trying to get in and out of their house.

“There should be an infrastructure where they can work something out. If the car park was open at 7.30 in the morning – but at the minute, it just doesn’t work.”

Her daughter, Sharon William, said it has a knock-on effect for family member,s too.

“It’s very unfair for the likes of family members who want to come and visit their relatives who live in the area, they can’t get parked in the car park or outside your parents’ house,” she said.

Another resident who didn’t wish to be named has lived in the area for more than 10 years.

She fears that decisions made over problems caused by the rare sunny weather here will have a much more lasting impact on her and others.

“On very busy days, it’s horrendous. People dump their cars everywhere and the car park is full and the beach is horrendous,” she said.

“My husband and I went down a few weeks ago at 6.30pm and there were kids extremely drunk and sucking on balloons, taking drugs staggering into the water.

“The bylaws are totally insufficient for the area, they can’t stop and search or take alcohol off people.

“We are getting constantly disturbed by people using the car park.

“It’s meant to shut at 9pm and open at 9am but you get people driving in the wrong way, trying to access the car park, people staying too late at night. People are still exiting the car park really late into the evening.

“It’s just everything. the whole thing is a complete mess.

“There needs to be more traffic wardens.”

She continued: “A man and woman parked outside my drive over a year ago, my husband had a hospital appointment he couldn’t get out to go to it and had to get a taxi.

“Not only do we have noise late at night, we have swimmers arriving who like to swim at dawn and driving over the teeth of the car park the wrong way at 4.30am to access the beach.

“If they are going to open any car park, it should be one that’s not in a built-up residential area.”

She added: “These issues happen every year and then they go away as soon as it rains. I’m worried the decisions made because of those few sunny days will affect me every day.” 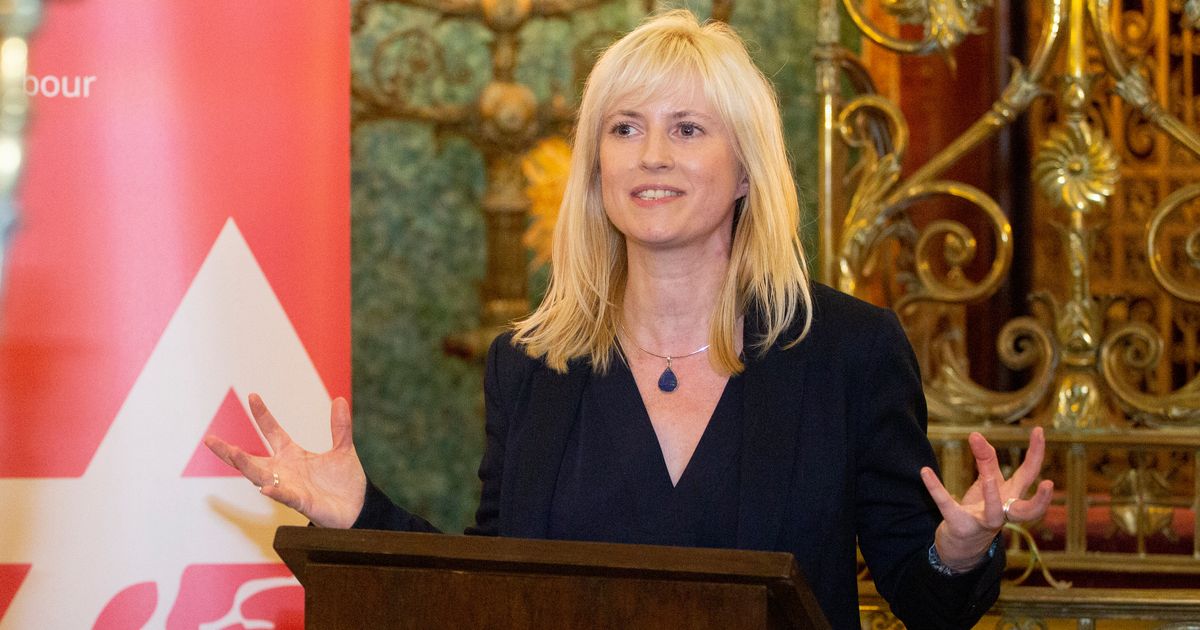