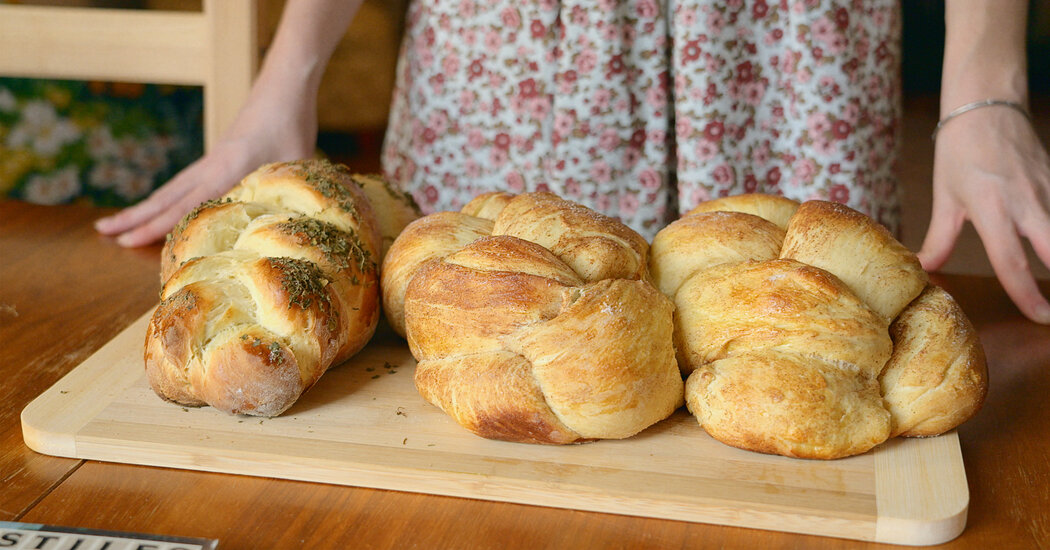 Hi, I’m Batsheva Hay. I’m a fashion designer, and I live in New York City. I’m going to be baking homemade challah today. Bread is always an intimidating thing, but I make it from scratch, and if I can do it, you definitely can, too. [MUSIC PLAYING] You need yeast, sugar, some lukewarm water, and some olive oil, five large eggs, salt, flour, fenugreek leaves and a little coriander. First step is the yeast. Dump that in, and we put about a cup and 3/4 of warm water, not too hot. And add a little bit of sugar. Whisk it together, and give it 15 minutes to start bubbling. And that means that it’s doing its work. So once the yeasty concoction is bubbling, you start mixing in other wet ingredients. Some oil. I like olive oil, because I love the taste. Then I dump the yeasty water in there, some salt, a bunch of sugar, four eggs. I can’t do it with one hand, but I do my best. And I’ll whisk those in. And then flour. Literally, just feel it out. I start putting some in and combining it. It’s just the arm workout of the century. Get in there, keep folding. Use your challah-covered fingers to open the bag, and add a bunch more. Try to wipe off all the fingers that just become very swamp creature. And then just go for it. Basically, all I’m doing is giving it a little fold and then a tuck. This is a very pleasant, meditative activity. And then I take a bowl, grease it up with my hands, put the dough inside. Cover it up with some wrap. Put it near a warm area to help move it along. Challah has been sitting, resting. Took about an hour. Punched it down, and then I gave it a second rising for another half an hour. So what I do, it’s actually a ritual, which is separating about an ounce of the challah. It’s symbolic of separating and giving. Put it in a little aluminum foil ball. The idea is you’re just supposed to not consume it, so I burn it, keep it in the oven for a long time. And then the rest of it is for your family. Flour my surface. Just take a clump of it, three balls. Stretch out one, two, three. Make them even. Start braiding. I use all of my skills from elementary school, braiding my friends’ hair, doing our little braiding circles, and that’s still my strategy for my bread. I like to do a little egg wash to get it really shiny. Just brush on the challah, and that just gives it the glistening glow. And then I just play around with whatever toppings I have. For this meal, I’m using fenugreek. Throw some fenugreek on there. A little coriander. Put some oil on it, and let this rest for about an hour, until they’re a little bit fluffier. And then I just pop them in the oven for 45 minutes, whatever it is, until they get golden brown. Look how big they are. It’s eggy, it’s fluffy, it’s warm. It’s really good. 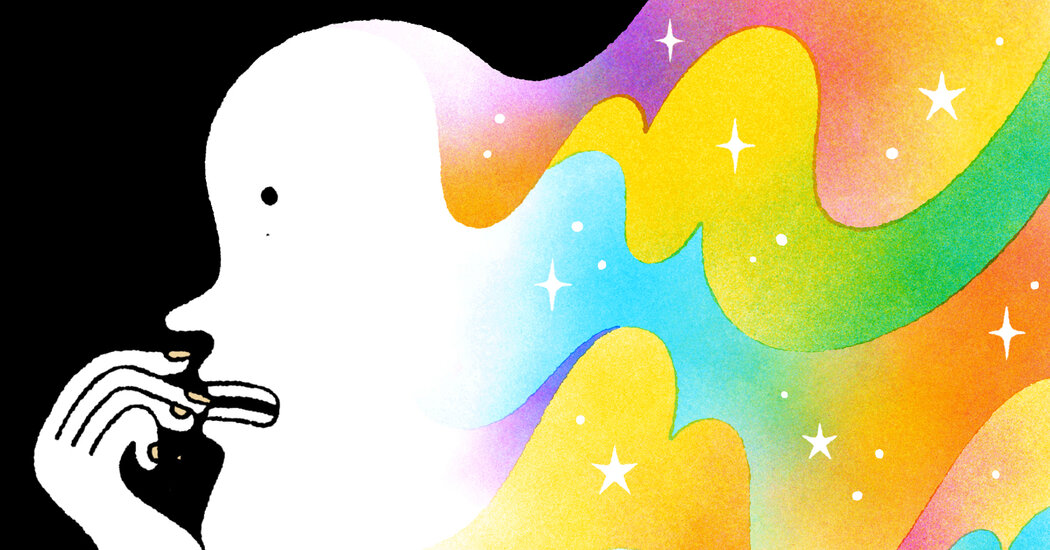 The Upside of Anxiety 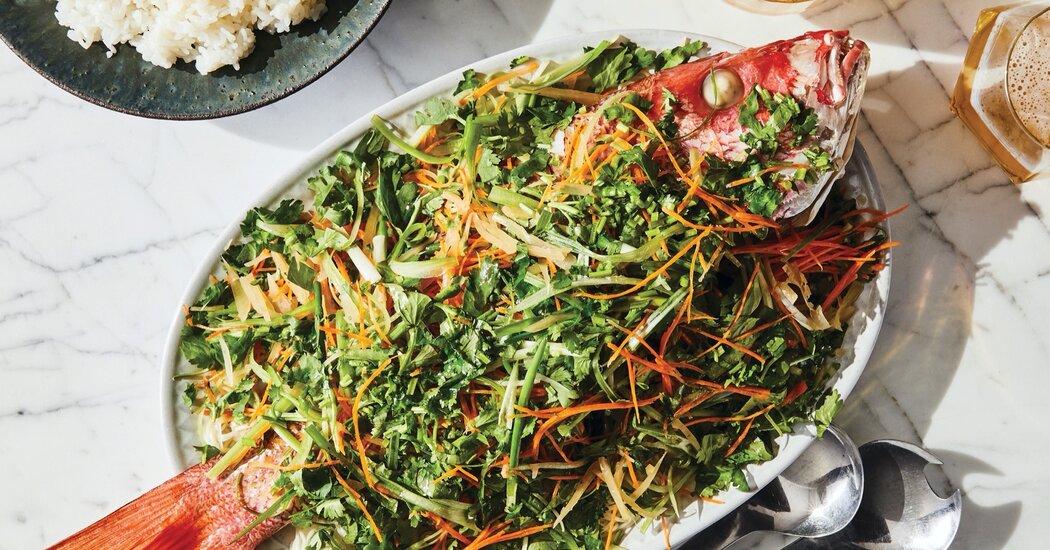 The Fish That Comes With a Year of Good Luck 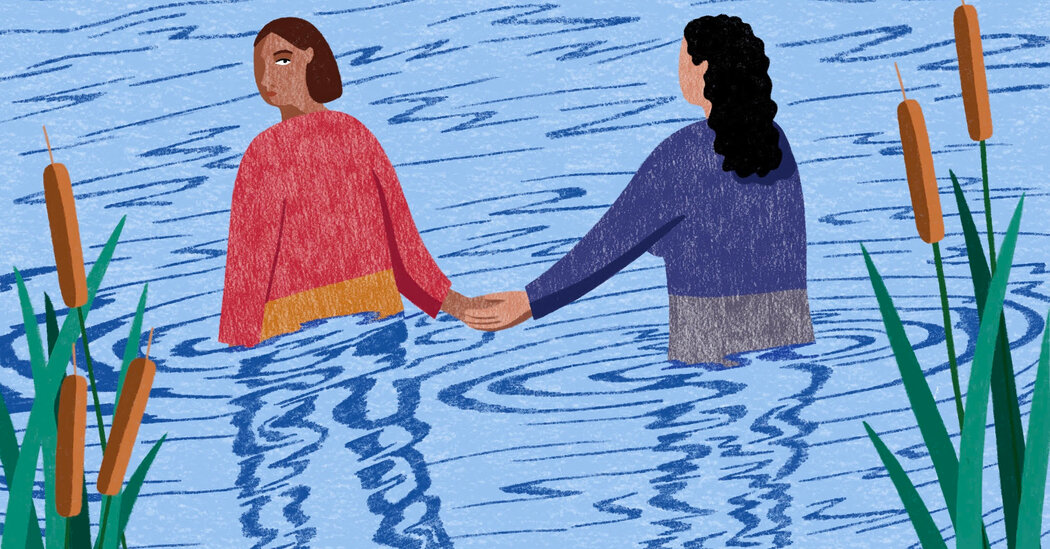 Divorce is Hard. Here’s How You Can Help Those Going Through One.