A Hard-Right Republican And A Progressive Debated. It Went As Well As You’d Expect. 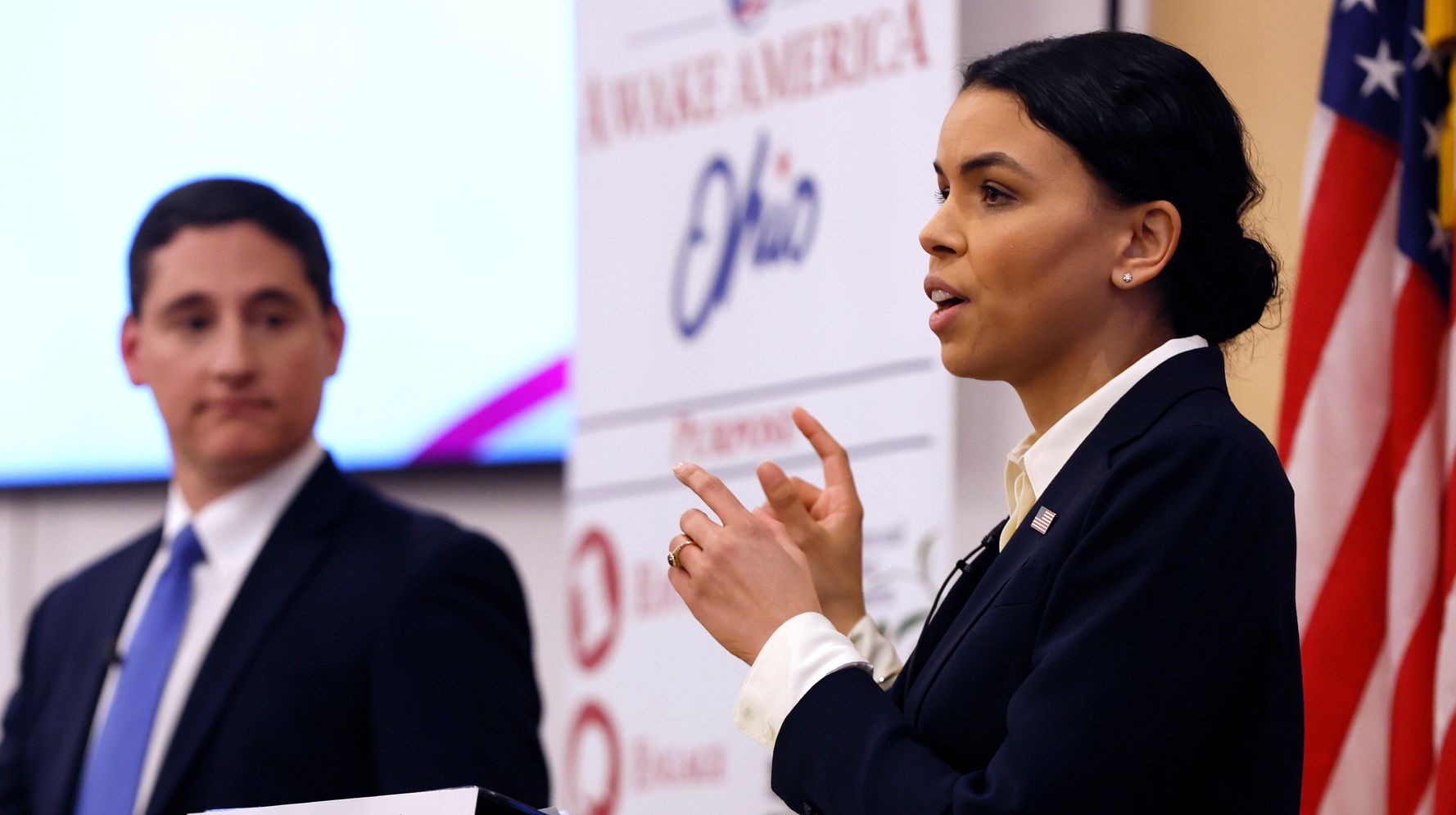 COLUMBUS, Ohio â€” Morgan Harper said she couldnâ€™t get her main opponent in Ohioâ€™s Democratic Senate primary to debate her, so she opted for the furthest thing from him â€” a candidate on the other side of the aisle. Way on the other side.

Mandel, 44, repeatedly said the Democratic Party â€œcondescendsâ€ to people of color like Harper, and he insisted the reason her opponent wouldnâ€™t debate her is because she isnâ€™t a â€œwhite male.â€ Mandel also predicted he would set records for winning Black votes in Ohioâ€™s Senate race.

Harper, 38, shot back: â€œWhat we donâ€™t need to happen is have Josh Mandel talk for the Black community.â€

At one point, Mandel called Harper a â€œlooney Nancy Pelosiâ€ for â€œadvocating for all this green energyâ€ when Harper pledged to support renewable energy to help mitigate climate change.

In the eveningâ€™s most bizarre exchange, Mandel insisted there is no separation between church and state in the United States â€” the literal First Amendment of the Constitution.

â€œIâ€™m pro-God, pro-gun, pro-Trump, and I will fight in Washington with the Constitution in one hand and the Bible in the other.â€

Naturally, Harper and Mandel couldnâ€™t be further apart on just about everything.

â€œI am scared as a woman, as a Black person, as a daughter who has a mother who lives off of a monthly pension, of getting this guy anywhere near a seat of power in the United States Senate,â€ Harper said.

Harper is a staunch progressive who challenged now-Congressional Black Caucus chair Joyce Beatty (D-Ohio) in a 2020 primary. She ran then with the backing of Justice Democrats, the group that helped democratic socialist Alexandria Ocasio-Cortez knock off a New York City incumbent to win her congressional seat.

Mandel, a former state treasurer, has veered hard right in the primary, trafficking in election conspiracies and racist rhetoric to appeal to the Trump base â€” and Trump himself for a potential endorsement. Mandel has done much of his campaigning in evangelical churches.

â€œIâ€™m pro-God, pro-gun, pro-Trump, and I will fight in Washington with the Constitution in one hand and the Bible in the other,â€ Mandel said.

Ryanâ€™s campaign said it would debate Harper at some point, but right now itâ€™s more focused on meeting voters.

â€œIt doesnâ€™t matter whether Josh Mandel is standing in a cornfield calling for an armed insurrection or showing his out-of-touch, anti-worker agenda on the debate stage; heâ€™s wrong for Ohio and doesnâ€™t belong anywhere near the U.S. Senate,â€ Ryanâ€™s spokesperson Izzi Levy said.