A Landmark Prime Minister Or A Narcissist Who Got His Just Desserts? How Will History Judge Boris Johnson? 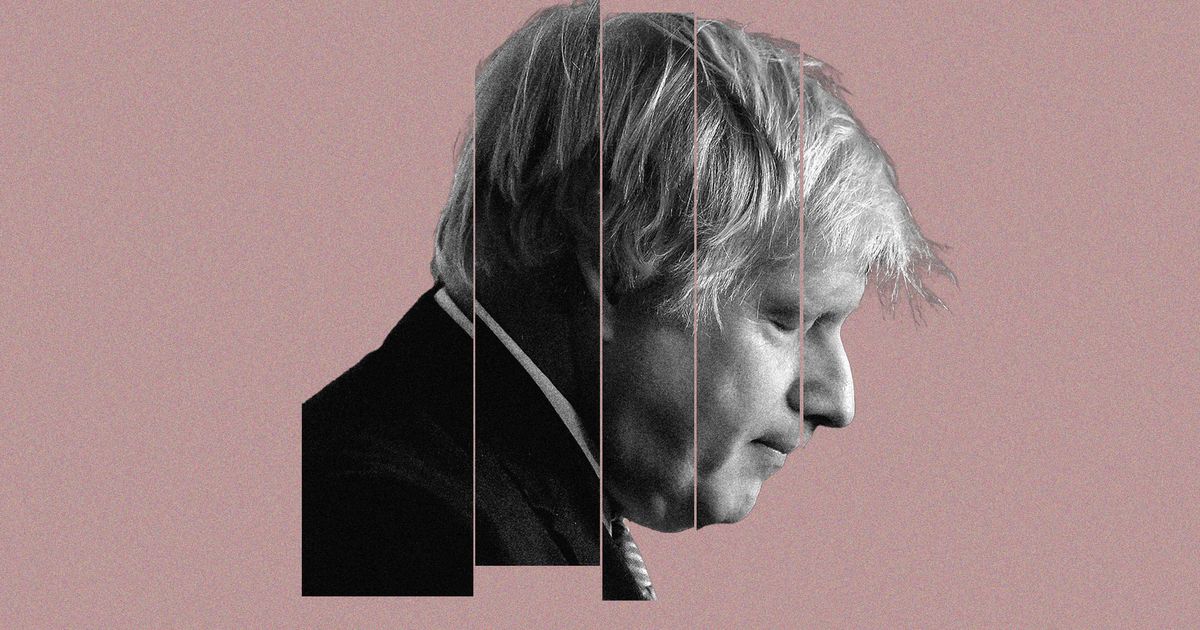 Emotions are running high in Number 10 as Boris Johnson prepares to stand down.

“A prime minister elected by 14 million people has been taken out by utter trivial shit,” one close ally told HuffPost UK.

It is a view shared by his supporters, who view him as a visionary leader who got the big calls right on the pandemic, the vaccine rollout and Ukraine, but was ultimately brought low by cowardly MPs desperate to save their seats.

To his critics, however, the ignominious end to his time in office is a fitting denouement for a man who they say has dragged British politics through the gutter by his utter disregard for the normal rules of politics.

Johnson will officially hand over to his successor – widely expected to be Liz Truss although supporters of her rival, Rishi Sunak, believe he still has a chance – on Tuesday.

It will be 1,141 days since he replaced Theresa May in Number 10 – a little over three years which have seen him have to contend with Brexit, Covid, a near-death experience and the first war on European soil since the 1990s.

So how will history judge Alexander Boris de Pfeffel Johnson’s time in office?

HuffPost UK has spoken to his supporters and opponents within the Conservative Party for their assessment of a politician who has divided opinion like few before him.

“I think historians will judge him generously,” one friend of Johnson’s said. “He’s going to be a landmark prime minister like Lloyd-George, Churchill, Attlee, Thatcher and Blair.

“He changed politics fundamentally by taking us out of Europe, which is not the end of the journey, it’s the start of being able to do things differently.

“In three years he has achieved more big things than most prime ministers would do in a decade or more. He’s changed the whole context of Britain.”

Johnson backers point to the fact that he unlocked the parliamentary logjam over Brexit by calling an election just months after taking office in 2019 and securing an 80-seat majority.

His detractors, however, say he squandered that opportunity through a combination of bad luck, carelessness and a series of avoidable misjudgments.

“He’ll clearly be in the gallery of the greats for winning one of the most impressive electoral mandates in history,” said one Number 10 insider.

“He’s taken big decisions which have been ducked by successive governments who weren’t thinking beyond the next electoral cycle. No nuclear power stations were commissioned in the UK for more than 20 years – Boris has commissioned eight.

“The main thing for me is if it wasn’t for Covid, just imagine what the £400 billion spent on paying people to stay at home could have achieved, given his record in London of infrastructure spending and cutting tax.

“It’s tragic that that had to be spent in a way that went against the grain of everything he believes in – paying people to be economically idle rather than economically active.

“But we came swinging out of lockdown and we will emerge again from the cost of living crisis in a year or two.”

The success of Britain’s vaccine programme is undeniable and, his supporters argue, something that simply would not have happened under his predecessors in Number 10.

“I can’t imagine any other prime minister who would say we’re going to be the first in the entire world to come up with a vaccine,” said one. “He chose Kate Bingham to lead the project and gave her a blank cheque and told her to bet on absolutely everything that was viable.

On Vladimir Putin’s invasion of Ukraine, one source close to Johnson said: “Boris really recognised the stakes and had the courage and the drive to fill the vacuum where the United States should be.

“Whenever we went across to the Nordics and the Balkans, they were delighted to see someone turn up and appreciate the threat from Russia that they had been living with for a long time.”

However, it is the partygate scandal – which saw Johnson receive a fixed penalty notice from the Metropolitan Police for breaking the lockdown rules he had introduced – which will be the abiding memory of his time in office.

Pictures of him attending leaving drinks, as well as lurid tales of drunken antics in Number 10 the night before the Queen sat alone at Prince Philip’s funeral, came to symbolise his administration.

“What is ridiculous is he’s trying to get on with all these big decisions and journalists were more interested in utter trivial shit like partygate,” said one source close to the PM.

“You all decided that it was all Boris’s fault, as if 30-year-old human beings are not responsible for their own conduct. It’s utter, utter bullshit.

“You decided that you would go for Boris over the behaviour of others. It’s so morally warped as well as politically damaging and that’s why there’s a massive backlash about it.”

But one MP who supported Johnson’s 2019 leadership campaign said: “For a narcissist, it’s always somebody else’s fault.

“It’s a story of opportunities created but ultimately squandered and wasted.

“When the inquiry into Covid eventually happens, the verdict is going to be harsh. The lockdowns have caused more harm than the good they did.

“On the big issues he was OK – no one else could have got Brexit done.

“We knew he was a flawed character, but he unfortunately confirmed our worst fears, which ultimately was his undoing.”

The final straw was Johnson’s response to the resignation of Chris Pincher, the deputy chief whip, who quit amid allegations he drunkenly groped two men.

Downing Street finally admitted that the PM was aware of separate allegations about Pincher before appointing him to the role, but only after a succession of ministers were sent onto TV and radio to deny that fact.

Despite surviving a vote of confidence just a month before – albeit with 40 per cent of his MPs opposing him – Johnson’s leadership was now in meltdown, with dozens of ministers resigning their positions and telling him to go.

He finally bowed to the inevitable on July 5, declaring “them’s the breaks” as he announced his resignation on the steps of Number 10.

“Nobody even remembers Pincher already,” insisted one supporter. “He’s a middle aged man who allegedly pinched the bottom of another man – it had fuck all to do with the prime minister.”

They added: “I think it’s ridiculous that a prime minister elected by 14 million people has been taken out by utter trivial shit by a bunch of people obsessed by it.”

Johnson’s successor, whoever it is, must now pick up the pieces that he has left behind.

“There’s a real chance that Boris broken both the Conservative Party and Britain,” said one former cabinet minister.

“I want Liz to be successful, but it’s a very difficult situation. He’s already brought down three prime ministers – Cameron, May and himself – and he might well bring down a fourth.

“The Conservative Party used to be known for integrity and being safe with the economy, but that’s gone now. There was no coherence to his government, there was no Johnson philosophy, it was just ‘what can be exploited to get us to the end of the day’.

“If you look back to Major, Cameron, Howard, Thatcher and Major, there was a core set of values, beliefs and standards under which they operated, but that’s just been thrown out the window.

“On the pandemic, people wanted optimism that we could get through it and he was a good frontman for that, but where’s the recovery coming from? Where’s the plan for sorting out the NHS and the economy?

“The fact that he nearly died from it gave him credibility, but then he just blew it up with the parties.”

But another ex-minister said: “I think in the long term he will be viewed more sympathetically.

“He’ll be viewed as the unluckiest prime minister to ever win an 80-seat majority and then be faced with a pandemic.”

But is it really the final chapter of Johnson’s time in Number 10? He was very careful earlier this week not to rule out a political comeback, a scenario that some believe could come true.

“It’s not impossible that he comes back,” said one MP. “If it goes crazy in the next six months and he makes some incredible speeches at conference and from the backbenches, you can see how people might want him to come back.

“There’s still a lot of support for him from members of the public, I see it in my own constituency.”

One Downing Street insider played down the prospect of Johnson emulating his hero, Winston Churchill, by becoming prime minister a second time.

“He is handing in his resignation to the Queen on Tuesday and Liz Truss will probably take over and that’s where the story ends,” they said.

Have we really seen the last of prime minister Boris Johnson? If the last three years have taught us anything, it is that nothing can be ruled out.