A top SoftBank deputy is said to be leaving after a billion-dollar pay dispute. 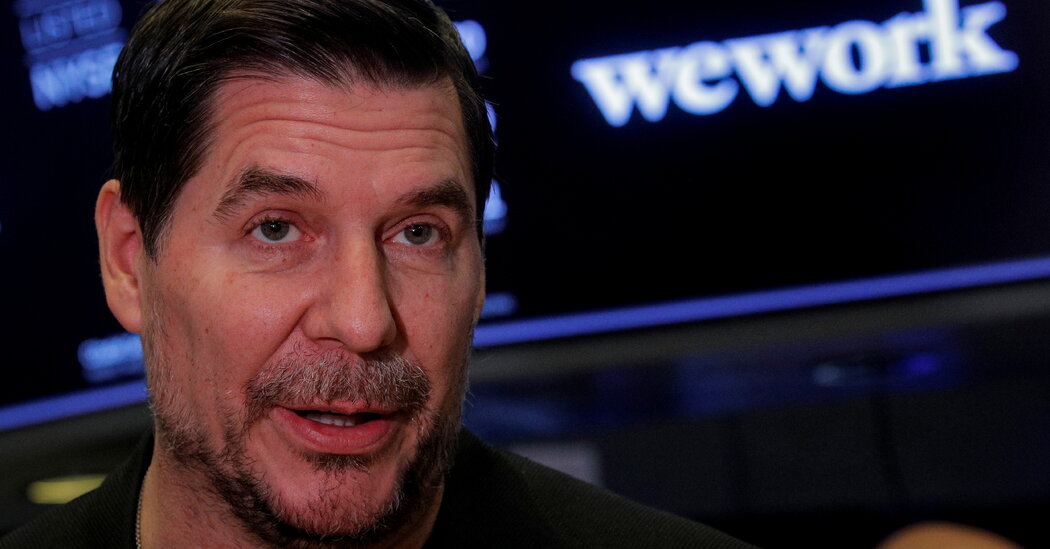 Marcelo Claure, a top deputy to SoftBankâ€™s founder, Masayoshi Son, will step down as chief operating officer after a dispute over roughly $2 billion in possible compensation.

SoftBank, a Japanese conglomerate that has made huge investments in start-ups including WeWork and Uber, is expected to make an official announcement in the coming days about the resignation of Mr. Claure, who joined SoftBank in 2017 after running the telecom company Sprint, two people familiar with the negotiations said on Thursday.

Michel Combes, a former chief executive of the communications company Altice who serves as president of SoftBank Group International, will assume Mr. Claureâ€™s duties running SoftBankâ€™s international operations, according to one of the people, who spoke on the condition of anonymity because the information had not been made public.

The disagreement about his compensation in coming years had unfolded in recent months, The New York Times reported in December. Mr. Son and other SoftBank executives balked at Mr. Claureâ€™s request, fearing it would upset investors in Japan, where such big payouts are frowned on. Mr. Claure was already one of the highest-paid executives in the country, making $17 million in 2020.

He privately told people inside and outside the company that he had an agreement with SoftBank for a big payday for various cleanup jobs, including straightening out SoftBankâ€™s investment in WeWork, the office-space leasing giant, which went public in October, as well as the future value he could bring to SoftBank.

Mr. Claure has played a central role at WeWork, taking over as executive chairman after its failed 2019 initial public offering. He negotiated directly with the WeWork co-founder and chief executive Adam Neumann on a severance package that paid Mr. Neumann roughly $180 million to give up his voting control of the company.

Mr. Claure later helped recruit Sandeep Mathrani, a veteran of the real estate business, to be the chief executive of WeWork, which ultimately went public through a special purpose acquisition company. Mr. Claure is expected to leave WeWorkâ€™s board as part of his departure from SoftBank, a person familiar with his plans said.

But Mr. Claure will remain on the boards of T-Mobile, which merged with Sprint in 2020, and the company that results from a merger of Grupo Televisaâ€™s television content business and Univision Communications, a deal thatâ€™s expected to close soon, according to the two people familiar with the negotiations of his departure. Mr. Claure will also retain his personal stakes in T-Mobile and the merged entity.

Mr. Claureâ€™s personal investments were a source of consternation for some SoftBank executives. Although the conglomerate did clear his transactions, it no longer allows executives to take personal stakes in companies that SoftBank may be interested in ahead of its own investments, unless they agree to sell them back to the company at their initial value.

The details of Mr. Claureâ€™s exit package were not immediately clear. But the two people said he would be permitted to retain his stake in the profits of SoftBankâ€™s $5 billion Latin America Fund, a venture he spearheaded. His stake in potential profits was recently estimated to be worth $300 million to $400 million.

SoftBank, which has a market capitalization of around $71 billion, is facing a drooping stock price. Its shares have fallen roughly 50 percent over the past year as tech stocks have been hit and after a regulatory crackdown in China that has weighed on Chinese stocks. Alibaba, the Chinese online retailing behemoth, is SoftBankâ€™s largest holding.