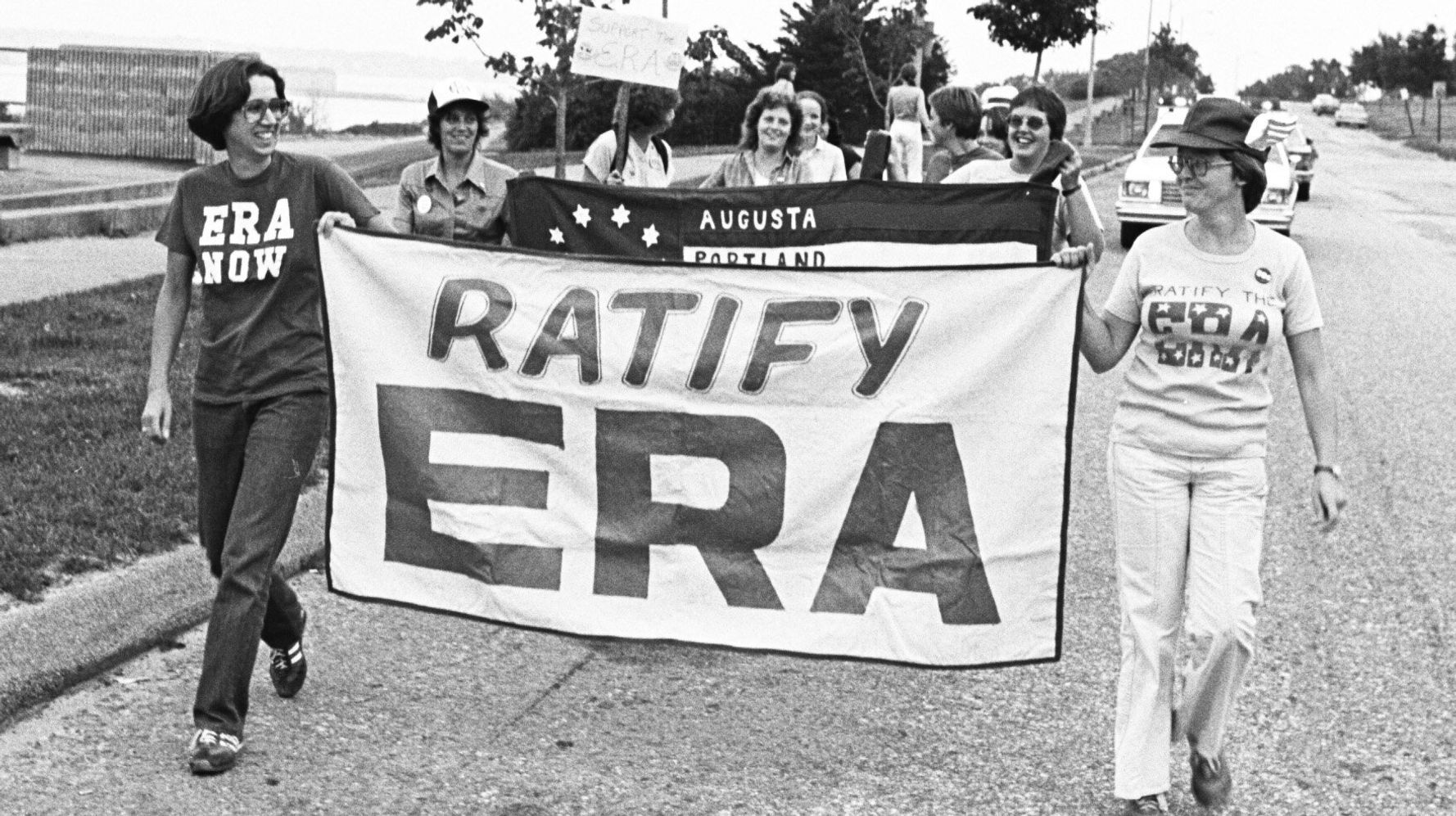 The Equal Rights Amendment, an addition to the U.S. Constitution that would ensure women have equal protections under the law, was first conceived nearly a century ago. It wasnâ€™t until 1972 that Congress finally passed it, allowing states to ratify the amendment one by one. The country needed 38 states to ratify the ERA and â€• even though it took nearly 50 years â€• Virginia became the 38th state to approve the amendment in 2020. After the final stateâ€™s ratification, the ERA should go into effect two years later.

Thursday marks the second anniversary of Virginiaâ€™s ratification, meaning the ERA should become the 28th Amendment of the U.S. Constitution today.

But a memo from the Trump administrationâ€™s Department of Justice stands in the way.

â€œToday is the two-year anniversary of Virginia becoming the 38th and final state needed to ratify the Equal Rights Amendment, making it the law of the land. Weâ€™re not going to let a Trump-era memo stand in the way of the 28th amendment to the Constitution, which finally guarantees protections against sex discrimination in our foundational document,â€ Rep. Jackie Speier (D-Calif.) told HuffPost in a statement Wednesday evening.

The 2020 Justice Departmentâ€™s Office of Legal Counsel released a memo weeks before Virginia ratified the amendment, stating that the ERA resolution expired after its 1982 deadline and that any state ratification that happened after 1982 was null.

â€œWe conclude that the ERA Resolution has expired and is no longer pending before the States,â€ the memo says. â€œEven if one or more state legislatures were to ratify the 1972 proposal, that action would not complete the ratification of the amendment, and the ERAâ€™s adoption could not be certified under 1 U.S.C.â€

Speier, co-chair of the Democratic Womenâ€™s Caucus, introduced a House Resolution on Thursday urging Congress to acknowledge that the ratification of the Equal Rights Amendment is valid.

â€œIt is inexcusable that in the year 2022, women and girls still cannot find a guarantee of equality under the law reflected in their Constitution.â€

Although the deadline for ratification did pass in 1982, supporters of the resolution argue that the expiration is arbitrary because Congress has the power to extend or remove deadlines.

Experts and scholars point to several other reasons that the 2020 memo should be thrown out, including that Article V of the U.S. Constitution does not mention anything about deadlines. And although the 1982 expiration date was included in the preamble of the ERA, itâ€™s not included in the text that was ratified by 38 states. Separately, the 27th Amendment, which prohibits laws that change a congressional lawmakerâ€™s salary right before an election, was added to the Constitution 200 years after it was first proposed. Additionally, some critics of the ERA often point out that five states rescinded their ERA ratification in the last decade, but the 14th Amendment was later passed even though two states attempted to rescind their ratifications.

â€œIt is inexcusable that in the year 2022, women and girls still cannot find a guarantee of equality under the law reflected in their Constitution. Moreover, the intermediate scrutiny that courts currently apply to laws discriminating on the basis of sex is a judge-made doctrine, subject to the whims of the courts,â€ the lawmakers wrote.

The ERA simply reads: â€œEquality of rights under the law shall not be denied or abridged by the United States or by any State on account of sex.â€ It would be only the second mention of womenâ€™s rights in the U.S. Constitution. The one mention now is in the 19th Amendment, which gave women the right to vote in 1920.

â€œAfter generations of fighting for the ERA, sex equality deserves a permanent home in the Constitution. A flawed opinion from the OLC must not be allowed to stand in the way of their rights,â€ the lawmakers said in their letter to the assistant attorney general. â€œIt is long past time to bring the United States Constitution into the 20th (let alone the 21st) century by expressly recognizing equality on the basis of sex.â€