A year to remember for Kolisi! | BOK RATINGS 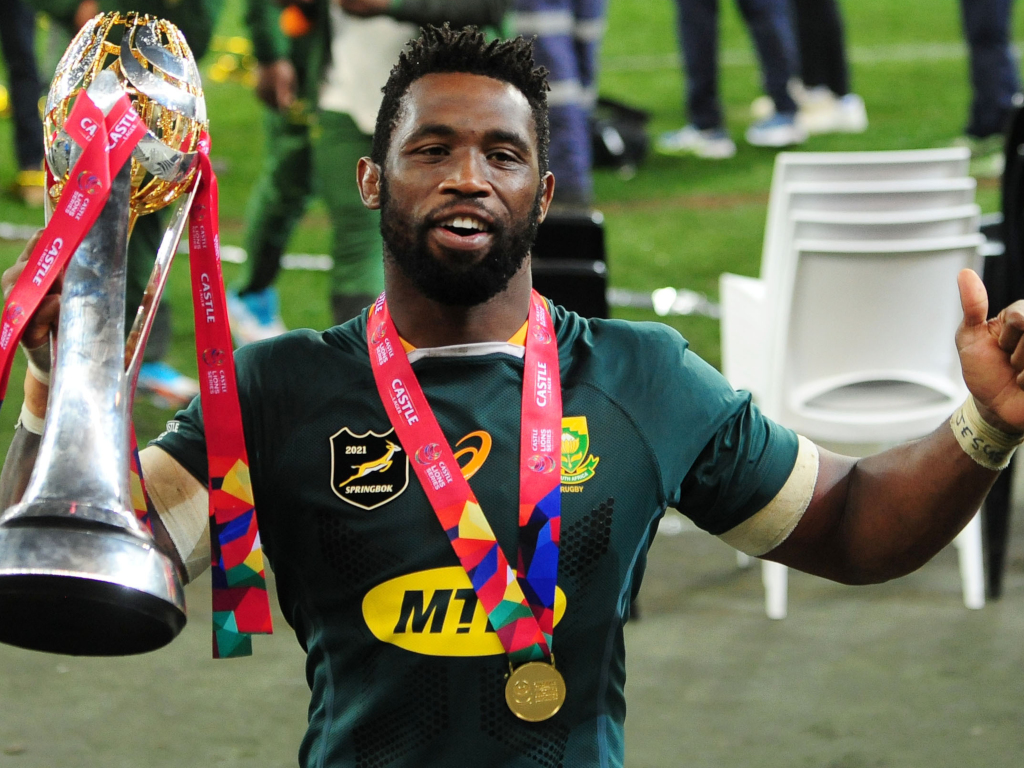 In a season of unique challenges, Kolisi has excelled as both a leader and player, with the Bok skipper undoubtedly enjoying his finest season on the Test stage.

Below we hand Kolisi a 9/10 for the year while also offer a rating for Faf de Klerk in this ongoing series, with the scrumhalfâ€™s 2021 season having unfortunately been disrupted by injury.

OPINION:Â BOKSâ€™ CAPTAIN THE FRONTRUNNER FOR SA RUGBY PLAYER OF THE YEAR!

Itâ€™s not an over-exaggeration to suggest this was a career-defining season on the Test stage for Kolisi.Â

In the first half of the year, Kolisi agreed to complete a significant move from the Stormers to the Sharks, which came at a time when he was recovering from a serious injury.

As the 2021 Test season approached, the Bok skipper admitted he needed to rediscover both form and fitness if he were to have any realistic hope of playing a prominent role for the Springboks.

An intensive conditioning programme at the Sharks certainly helped his cause, and by the time the British & Irish Lions series had come to a conclusion, Kolisi had emerged as one of the Boksâ€™ most influential and impressive performers.

There was a mid-season slump as the Boks suffered three successive losses in Australia, but in back-to-back Tests against the All Blacks, Kolisi excelled, while maintaining consistent form throughout the end-of-year tour.Â

Kolisiâ€™s work rate, ball carrying ability and influence at the breakdown has been sensational in a year where he started all 13 of the Springboksâ€™ Tests, and he is undoubtedly a frontrunner to be named SA Rugby Player of the Year.

Although Kolisi certainly led from the front in terms of his on-field performances, this season also saw him come into his own as a captain, stamping his authority and presence on proceedings.

WATCH |Â THE CRAZIEST TRY YOU WILL SEE ALL YEAR!

The Springboksâ€™ first-choice scrumhalf missed the end-of-year tour due to a serious hip injury, which deprived him of the opportunity to end a â€œmixed bagâ€ season on a high note.

De Klerk in fact only started in six Tests as a result of injury problems, which first surfaced during the British & Irish Lions tour, and saw him miss the first two Tests against Argentina.

The 30-year-old often finds himself at the centre of criticism related to the Boksâ€™ prolific kicking game, but the importance of his role in the Bok setup should not be devalued.

His reliable left boot adds variety to the Springboksâ€™ options, while his speed and fearlessness makes him a real weapon in the defensive system.

De Klerkâ€™s speed of service was particularly integral to the Bok cause when they struck an impressive balance to their play in the final Rugby Championship Test against the All Blacks.

An enforced break from action may well prove to be beneficial for De Klerk, and thereâ€™s little doubt that he will reclaim the Bok No 9 jersey when the next Test season rolls around.