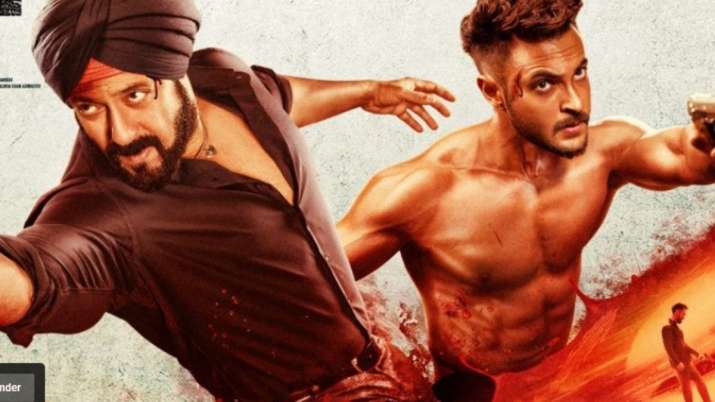 In Bollywood’s most anticipated film ‘Antim: The Final Truth,’ Aayush Sharma will be teaming up with his brother-in-law Salman Khan. Directed by Mahesh Manjrekar, the film is set to release later this month. While Aayush Sharma plays a gangster, Salman Khan will be seen as a police officer in the film. Now, Aayush in a recent interview confessed that he was apprehensive about Salman featuring in Antim as it would ignite another nepotism debate. He said, although he is excited to share the screen space with Salman, he actually didnâ€™t want the superstar to do the film for the aforementioned reason.

Speaking to News18, Aayush said, “(At) the beginning of the process of making this film, I was anxious about the fact that he is in the film. There are going to be multiple notions about it including the fact that we are a family, he is making this film to help me in my career and also to spark another conversation on nepotism. Initially, I was against the idea of Salman bhai being a part of Antim. I didnâ€™t want him to do the film and I told him that.”

“In fact, I went to all the people in the family to convince him not to do it. It was also because I was doing something completely different from LoveYatri and also the other thing was with his presence, whether Iâ€™d be able to do justice to the film and match up to his hysteria,” Sharma added.Â

The LoveYatri actor added that he asked his wife, Salman Khan’s sister Arpita to convince him from not doing the film, but Salman was keen on doing the film. He said “(Salman) told me, â€˜Aayush you need to figure out how you do justice to your character and which is all that matters. You need to convince people why you raised your hand on me in the film.â€™ It was a huge challenge and I was quite apprehensive about his presence. I remember when we announced the film, there was a bit of trolling for me saying, â€˜We donâ€™t want Aayush in the film.â€™ When I told him, he said there are hardly 5000 tweets and if they donâ€™t see the film, it wonâ€™t matter.”Â

Both Aayush and Salman have undergone massive transformations for the film. As the release date of ‘Antim: The Final Truth’ inches closer, the anticipation and excitement for the film is skyrocketing. Presented by Salman Khan Films, ‘Antim’ is produced by Salma Khan. The film also features Pragya Jaiswal and Mahima Makwana in the lead roles.It is scheduled to be released on 26 November 2021.