Aboard the â€˜hijackedâ€™ plane to Minsk 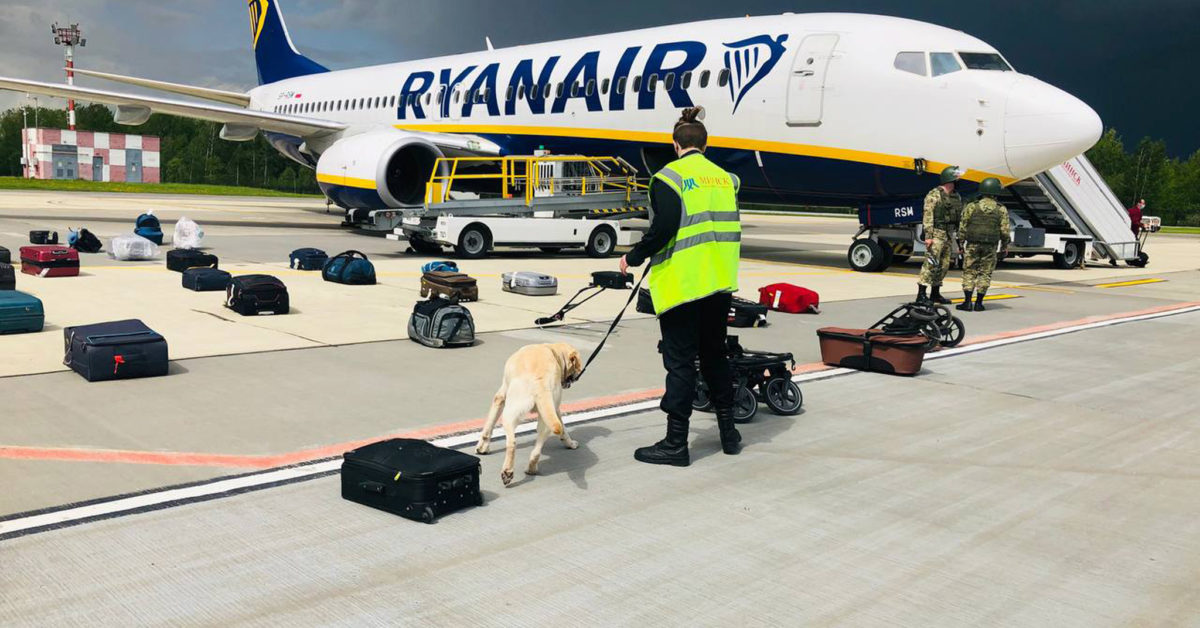 Ryanair Flight 4978, a Boeing 737 with the budget airlineâ€™s trademark blue and yellow trim, had been flying for two hours on Sunday, virtually on a straight shot north from Athens, when the plane suddenly dived and banked hard to the southeast, according to passengers on board.

The flight had been about to cross into Lithuania, just minutes from its destination in Vilnius. But from the cockpit, the pilots said there was a new plan: The plane would make an emergency landing in Minsk, the capital of Belarus.

It was the last announcement passengers would hear before they unexpectedly found themselves on the ground for seven hours, effectively hostages in what EU leaders would soon term a state-sponsored â€œhijack.â€ The incident would draw condemnation from governments around the world and spark a tense confrontation between the EU and neighboring Belarus.

As the cockpit went silent, many of the 171 passengers on board feared that something was wrong with the aircraft, while others thought that there was a technical problem at the Vilnius airport, according to twoÂ passengers interviewed by POLITICO.Â

But one passenger knew otherwise and was even more terrified than the rest.

â€œBehind me, a man stands up and says he wants to talk to the steward,â€ said Raselle, a Lithuanian woman who lives in Greece and was traveling to visit family. â€œHe was shocked and scared.â€

The frightened man was RomanÂ Protasevich, a 26-year-old Belarusian political opposition activist and journalist. He was also the nemesis of the countryâ€™s dictator, Alexander Lukashenko.

â€œDonâ€™t do this. They will kill me. I am a refugee,â€ Protasevic pleaded with the cabin crew, to no avail, according to otherÂ BelarusianÂ passengers who described the sceneÂ afterward. A flight attendant cited â€œlegal agreementsâ€ in tellingÂ ProtasevichÂ that the crew had no choice but to land, according to Raselle, who gave only her first name, saying she was afraid of Belarusian authorities.

Meanwhile, passengers said they never saw a MIG fighter jet the Belarus military claimed it sent to â€œhelpâ€ guide the plane to Minsk.

Nikos Petalis, who lives in Lithuania and was returning from holidays in Greece, recalled that passengers other than Protasevich were calm.

â€œAs we were close to arrive to Vilnius, they told us that we have to change destination and go to Minsk for emergency landing, without giving us any explanation,â€ Petalis said. â€œThey said we will know more about that as soon as we land there.â€

In Minsk, the passengers were removed from the plane in groups of five, while dogs sniffed them and their bags, and were put on a bus where they waited forÂ around anÂ hour, before eventually being taken to the terminal to be further checked.

â€œRoman was with us and after we arrived they took him and his girlfriend,â€ Raselle said. â€œAll very discreetly. He was very calm, didnâ€™t shout, he followed them, somehow accepting his destiny.â€

For passengers, the next seven hours were unpleasant to say the least.

â€œThe Belarusian authorities treated us like prisoners, we were so many hours in the bus, then at the airport for hours without water or being able to go to the toilet, all in order to have this show that they were actually searching for something, when they only wanted to get the guy,â€ Raselle said. â€œIt was a circus, a fiasco.â€

Though Belarusian authorities have a heavy-handed reputation,Â a fewÂ passengers took photos and videos with their mobile phones.

â€œI took videos of almost everything and posted it online, despite the fact that they were waving to us to close the cameras,â€ Raselle said. â€œThe Lithuanians and the Belarusians knew that they had to behave, theÂ authoritiesÂ took some ofÂ theirÂ phones and checked if they had something and deleted it.â€Â