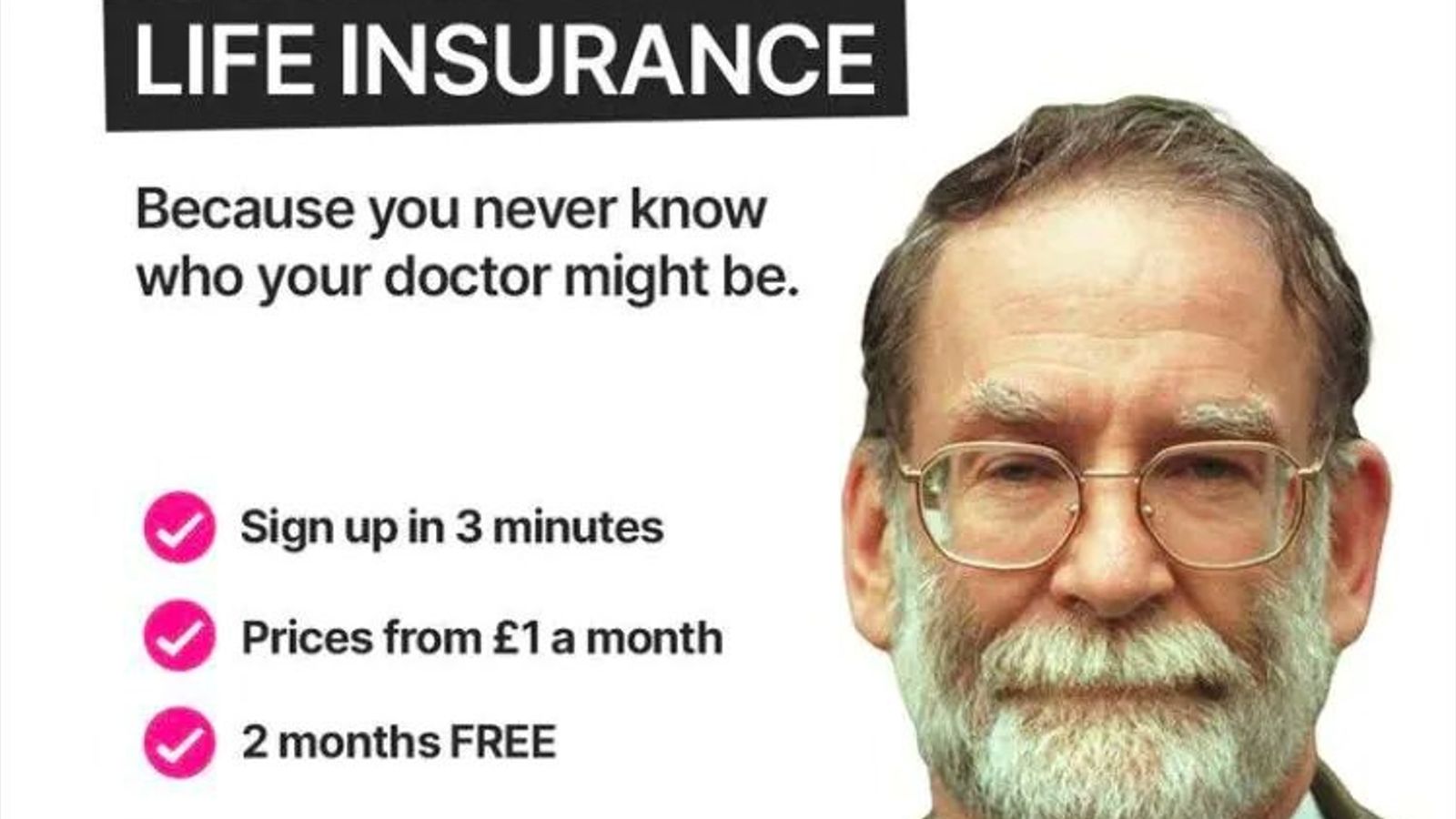 A life insurance firm has been criticised after running an advert featuring Harold Shipman.

DeadHappy, a Leicester–based firm with a reputation for shocking adverts, used a picture of the serial killer alongside the text “Life insurance: Because you never know who your doctor might be.”

The commercial, which was run on social media, was branded “tasteless” and “disgusting” online.

Kathryn Knowles, founder of insurance broker Cura, said on Twitter she would report the “absolutely disgusting” advert to the Financial Conduct Authority and the advertising watchdog.

She said: “There is a firm that is promoting life insurance using the picture of a mass murderer to promote their services.

“I will name neither as I won’t give them the satisfaction of popping up in more search results. Please know that many of us in insurance find this beyond despicable.

Ms Knowles added: “I would hope the FCA and ASA would would take action on this. I would like to lodge a formal complaint to both over this advert and will provide a copy to them.”

A family member of one of the victims did see the advert and said: “As someone who’s relative was murdered by Harold Shipman, your latest advert utilising his image is despicable and unacceptable.

“I hope you enjoy yet another judgement from ASA and change your practices.”

In a statement, the firm’s founder Andy Knott said: “We are called DeadHappy and our strapline is ‘Life insurance to die for’ so we are aware of the provocative and to some the very shocking nature of our brand.

“If however you have been personally distressed by this advert we do sincerely apologise.”