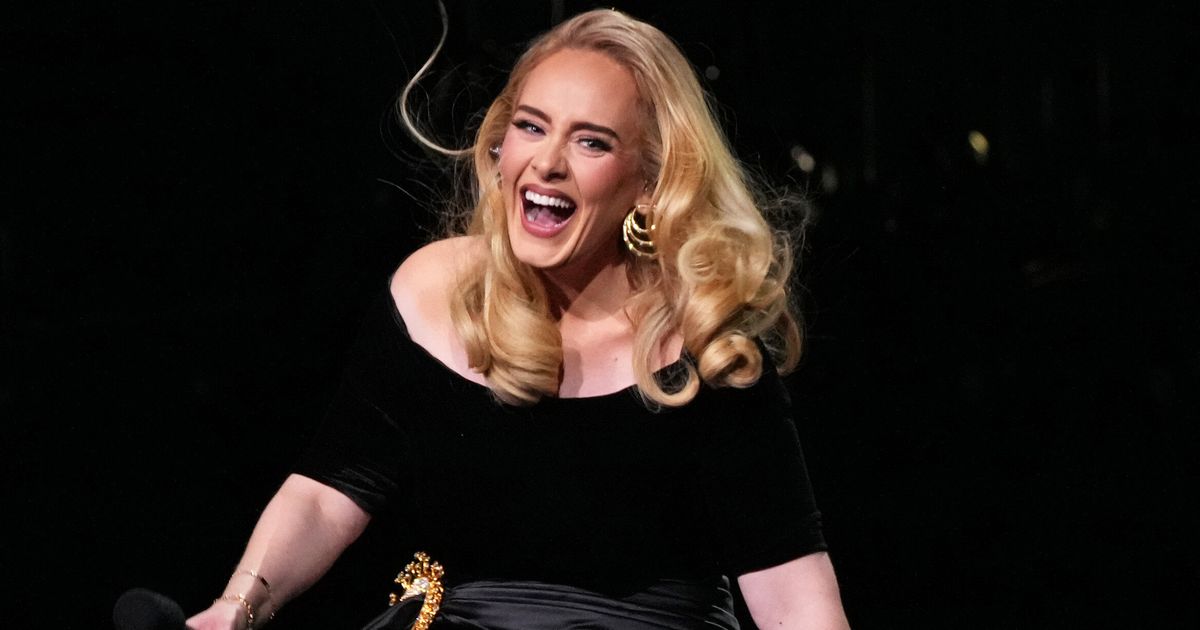 It looks like Adele’s love for Megan Thee Stallion is anything but water under the bridge.

The “Easy on Me” singer treated fans Friday during the opening night of her Las Vegas residency with some familiar choreography. While performing her 2016 hit “Water Under the Bridge,” Adele broke out the same moves initially crafted by Megan Thee Stallion in her 2020 hit video for her song, “Body.”

Fans immediately recognized the movements and lauded Adele on Twitter, sharing snippets of the moment far and wide. One even fan called it “so unexpected but iconic.”

In case you’re unclear as to why this Adele and Megan Thee Stallion crossover is, as they say, “iconic,” let’s rewind to 2021. After someone on Twitter questioned why Adele never has backup dancers, a fellow user shared a mashup of Megan Thee Stallion dancing at the American Music Awards to “Water Under the Bridge.”

There was also a TikTok trend of users recreating Megan Thee Stallion’s choreography to the Adele song and many subsequent hilarious Twitter mashup videos.

Adele previously channeled the meme of herself and the “WAP” rapper during her July performance at BST Hyde Park 2022, breaking out some of Megan Thee Stallion’s “Body” moves during that show. In response, Megan Thee Stallion posted a snapshot of Adele breaking it down on Instagram, writing, “Hot Girl Adele.”

The cheeky inclusion was just one of many things fans raved about during the highly-anticipated show. The concert, which was her first of 32 shows at Caesars Palace, was previously slated to kick off in January, but had been postponed due to coronavirus-related disruptions to production.

The “delivery delays” cited by Adele in her address to fans at the time seemed to have been entirely resolved by Friday’s show, which featured a fantastic display of pyrotechnics, jokes, rain, and more.

“Thank you so much for coming back to me,” Adele told the crowd, according to The Guardian. “It looks just like I imagined it would, it’s just perfect, thank you.”

Elsewhere during the show, Adele generously upgraded some unlucky fans in nosebleed seats to floor seats. On TikTok, many users shared clips of the singer plucking the fans out of the audience and gifting them a better view.