Following a months-long and unprecedented review, Medicare officials expect to announce within the next couple of weeks whether the program will cover the controversial Alzheimer’s drug Aduhelm. The drug’s benefits are in question and its annual price tag tops $28,000.

The U.S. Centers for Medicare and Medicaid Services (CMS) tend to cover with little fanfare most drugs approved by its sister agency, the U.S. Food and Drug Administration.

However, the FDA’s approval of Aduhelm (aducanumab) in June sparked a firestorm of criticism because clinical trials showed no clear improvement in brain function, plus a host of safety concerns.

Proponents such as the Alzheimer’s Association argue that Aduhelm’s success could pave the way for even better treatments for the degenerative brain disease. It’s the first drug ever approved to treat Alzheimer’s.

“It’s always been a progression from first treatments that weren’t by any means all that we hoped for, but were an important first step leading to progressive advances treatment by treatment as we learned more and we had further research and development,” said Robert Egge, chief policy officer for the Alzheimer’s Association. “That’s the path we see before us for Alzheimer’s disease.”

Critics say CMS has essentially been put in the awkward position of rectifying a grave error made by the FDA when it approved Aduhelm based on shaky evidence.

“The drug, given the available evidence, provides false hope to Alzheimer’s disease patients and their families,” said Dr. Michael Carome, director of Public Citizen’s Health Research Group. “The right decision for CMS is to not cover the drug until there’s sufficient evidence that the drug works.”

Asked to comment, a CMS spokesperson simply said that the agency “expects to release more information regarding the National Coverage Determination (NCD) analysis for monoclonal antibodies targeting amyloid for the treatment of Alzheimer’s disease by mid-January 2022.”

Medicare coverage could throw a lifeline to Aduhelm, which has been struggling to find its place in the pharmaceutical market.

A number of major health systems — the U.S. Department of Veterans Affairs, Cleveland Clinic, Mount Sinai and Mass General — have already said they will not offer Aduhelm to patients. Following weak sales, the drug’s maker, Biogen, slashed its annual cost in half — from $56,000 to $28,200 last month.

But critics are concerned that even at its reduced price, Aduhelm could bankrupt Medicare and place a huge financial burden on families desperate for anything to help aging relatives struggling with Alzheimer’s.

Medicare patients are already feeling the financial strain from Aduhelm, even though the drug’s coverage isn’t certain, Carome said.

Medicare premiums rose by about 15% in 2022, and CMS cited its potential coverage of Aduhelm as one reason for the hike.

In addition, Medicare patients receiving Aduhelm must shell out as much as 20% of the drug’s cost in copayments, said Dr. Michael Greicius, medical director of the Stanford Center for Memory Disorders.

“Separate from the cost to Medicare, there’s still going to be a hefty copay to most beneficiaries who decide they want the treatment, to the tune of several thousand dollars per patient in any given year,” Greicius said.

The cost isn’t limited to just the drug’s price, either, Carome added.

Patients receive Aduhelm through an IV infusion, which requires staffing and space at either a hospital or clinic. They also need regular MRI scans to make sure the drug hasn’t caused any harmful side effects.

“The costs that are going to fall on Medicare and patients go far beyond the drug itself,” Carome said.

To such concerns, the Alzheimer’s Association’s Egge responded that steps have already been taken to limit Aduhelm’s financial impact on Medicare and families.

Shortly after issuing its approval, the FDA narrowed Aduhelm’s label so that only patients with early and mild Alzheimer’s should be treated with the drug. That, on top of Biogen’s price cut, should have an impact on the cost to Medicare, Egge said.

Further, he argued that treatments like Aduhelm are needed to head off the fiscal crisis Medicare already faces from an aging population falling prey to cognitive decline.

The threat of bankruptcy is already here, Egge said, and the only path to changing that is through treatments.

The biggest concern is that there will be more health issues and deaths “if aducanumab is released into the wild of normal clinical practice,” Greicius said, citing the risks of potentially deadly brain bleeding and swelling found in clinical trials.

It’s likely that patients treated outside the rigors of a clinical trial won’t receive the regular MRIs needed to spot these dangerous side effects, Greicius said.

“A lot of these imaging complications that we saw in the trial like brain swelling I think in a lot of cases won’t get picked up pre-symptomatically on a screening MRI,” Greicius said. “They’ll get picked up late, when people are already symptomatic.”

The FDA’s approval of Aduhelm was based on data from two nearly identical trials that were shut down early in 2019 because independent monitors concluded the drug wasn’t helping patients.

Aduhelm clears amyloid beta from patients’ blood. Amyloid is a protein that clumps together in the brain, and amyloid plaques are considered a hallmark of Alzheimer’s.

The two trials split when it came to any benefit to patients in terms of reduced symptoms. Clearing amyloid from the bloodstream didn’t make any difference in patients’ brain function in one trial, but on further analysis, researchers found a slight slowing of mental decline in patients receiving the highest dose of Aduhelm.

Carome and Greicius said CMS could help resolve the controversy by offering a limited approval that would only cover Alzheimer’s patients who enroll in a third and definitive clinical trial for the drug.

As part of its approval, the FDA required Biogen to conduct a post-market clinical trial, but the company has nine years to complete it, Carome said. Using Medicare coverage to spur a third trial could settle the matter more quickly.

“It would be great if they said we’re going to cover it for a randomized placebo-controlled trial,” Greicius said. “It would give everybody the information that we need.”

Egge said the Alzheimer’s Association wouldn’t favor such a move, because it would severely limit access to Aduhelm.

Only the well-heeled or health-system-savvy would be able to get into a third trial, which would “almost certainly increase health inequities,” he said.

“In general, the more restrictive we are on access, it’s those with financial resources who can still find a way to get treatment,” Egge said.

The fact that large health systems like the VA and Mount Sinai have already staked a strong position against Aduhelm could empower CMS to limit coverage to a clinical trial, or deny it altogether, Greicius said.

“It helps CMS potentially make a bolder negative decision on this that there’s already a lot of large bureaucracy decisions that have been made against aducanumab,” he said.

The U.S. Centers for Medicare and Medicaid Services has more on its review of Aduhelm.

Health Solutions From Our Sponsors 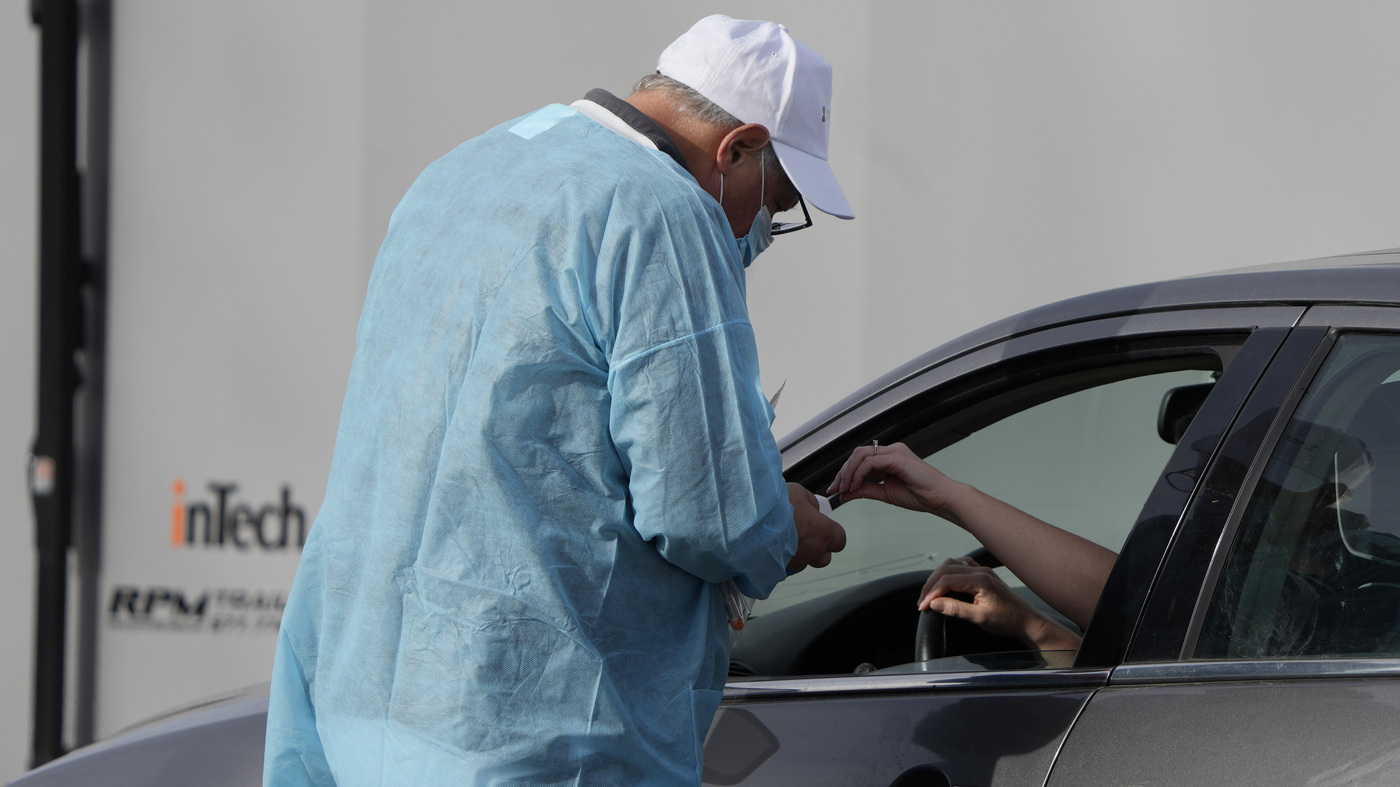 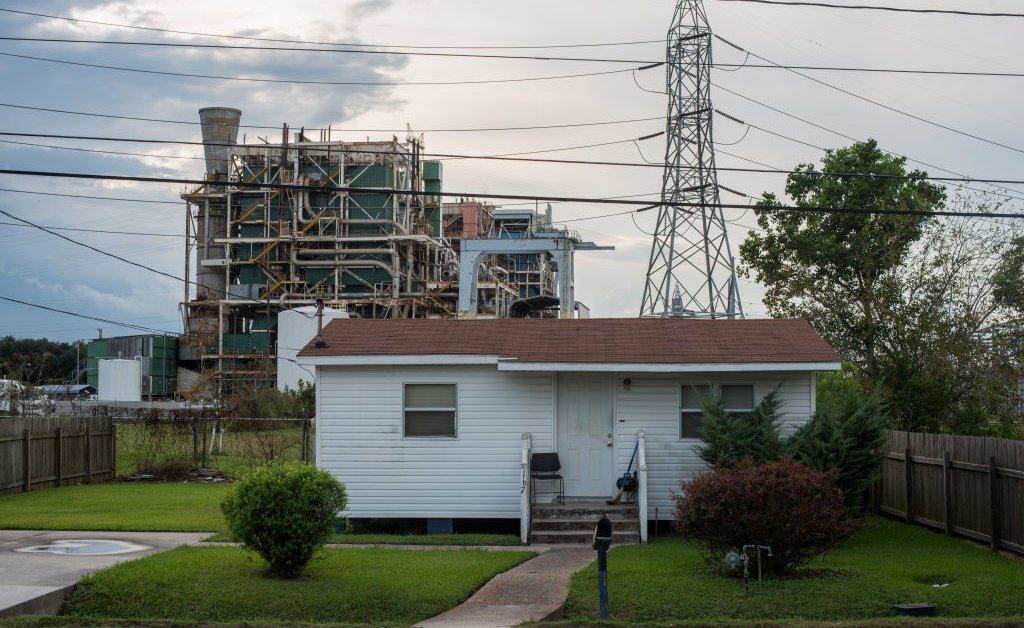 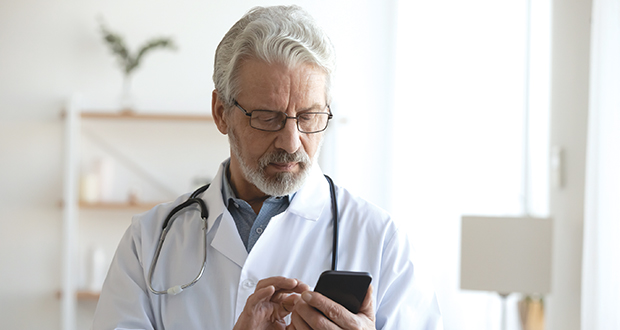