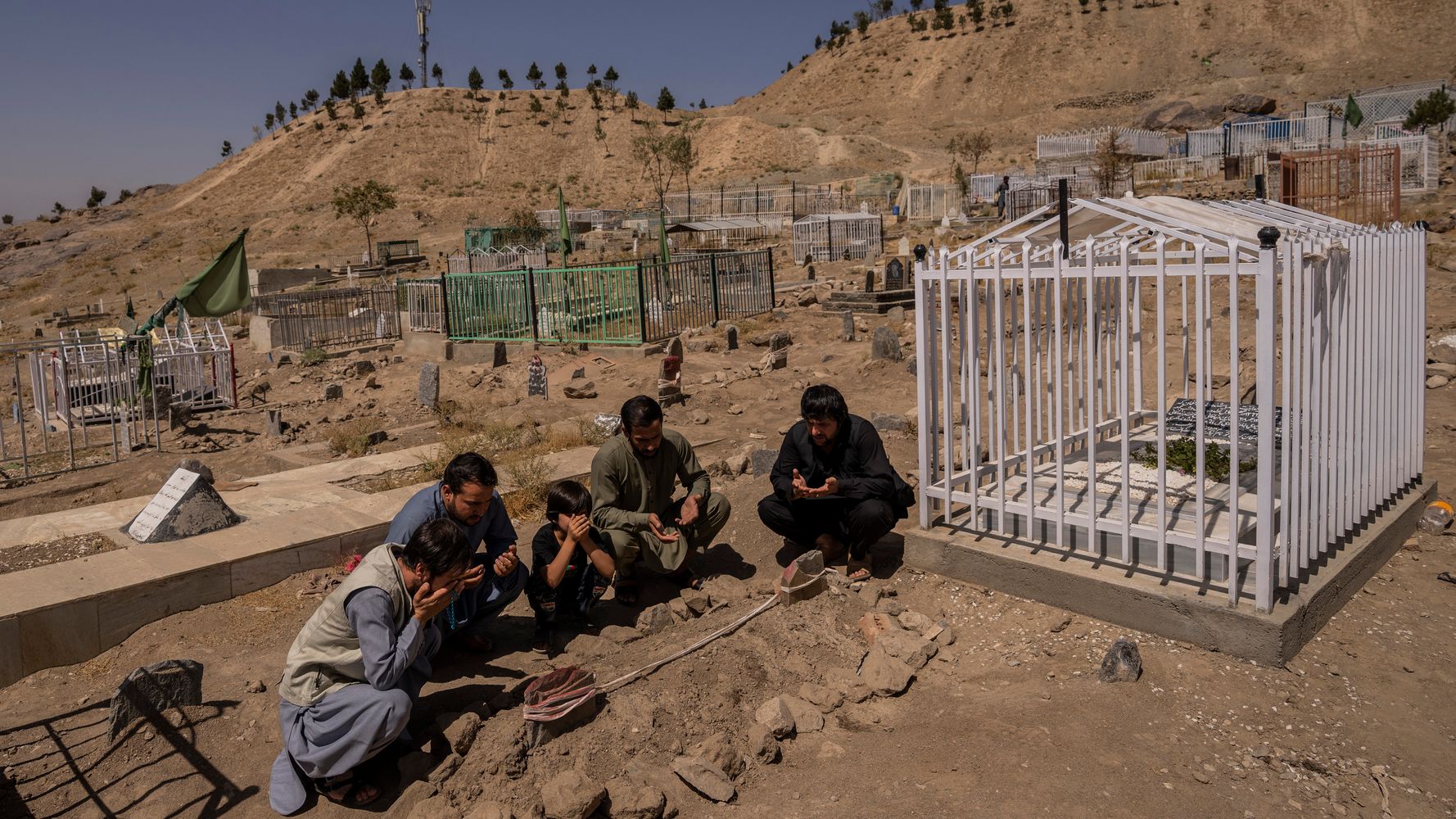 KABUL, Afghanistan (AP) â€” Sorry is not enough for the Afghan survivors of an errant U.S. drone strike that killed 10 members of their family, including seven children.

Emal Ahmadi, whose 3-year-old daughter Malika was killed on Aug. 29, when the U.S. hellfire missile struck his elder brotherâ€™s car, told The Associated Press on Saturday that the family demands Washington investigate who fired the drone and punish the military personnel responsible for the strike.

â€œThat is not enough for us to say sorry,â€ said Ahmadi. â€œThe U.S.A. should find the person who did this.â€

Ahmadi said the family is also seeking financial compensation for their losses and demanded that several members of the family be relocated to a third country, without specifying which country.

The AP and other news organizations in Kabul reported after the strike that the driver of the targeted vehicle, Zemerai Ahmadi, was a longtime employee at an American humanitarian organization and cited an absence of evidence to support the Pentagonâ€™s assertion that the vehicle contained explosives.

The missile struck as the car was pulling into the familyâ€™s driveway and the children ran to greet Zemerai.

On Friday, U.S. Marine Gen. Frank McKenzie, head of U.S. Central Command, calledÂ the strike a â€œtragic mistake,â€Â and after weeks of denials, said that innocent civilians were indeed killed in the attack and not an Islamic State extremist as was announced earlier.

The drone strike followed a devastating suicide bombing by the Islamic State group â€” a rival of the Taliban â€” that killed 169 Afghans and 13 U.S. military personnel at one of the gates to the Kabul airport. For days, desperate Afghans had swarmed the checkpoints outside the airport, trying to leave the country amid the chaotic U.S. and NATO troops pullout, fearing for their future under the Taliban.

McKenzie apologized for the error and said the United States is considering making reparation payments to the family of the victims.

Emal Ahmadi, who said he heard of the apology from friends in America, insisted that it wonâ€™t bring back members of his family and while he expressed relief for the U.S. apology and recognition that his family were innocent victims, he said he was frustrated that it took weeks of pleading with Washington to at least make a call to the family.

Even as evidence mounted to the contrary, Pentagon officials asserted that the strike had been conducted correctly, to protect the U.S. troops remaining at Kabulâ€™s airport ahead of the final pullout the following day, on Aug. 30.

Looking exhausted, sitting in front of the charred ruins of Zemaraiâ€™s car, Ahmadi said he wanted more than an apology from the United States â€” he wanted justice, including an investigation into who carried out the strike â€œand I want him punished by the U.S.A.â€

In the days before the Pentagonâ€™s apology, accounts from the family, documents from colleagues seen by The AP and the scene at the family home â€” where Zemeraiâ€™s car was struck by the missile â€”Â all sharply contradicted the accounts by the U.S. military.Â Instead, they painted the picture of a family that had worked for Americans and were trying to gain visas to the U.S., fearing for their lives under the Taliban.

Zemerai was the familyâ€™s breadwinner had looked after his three brothers, including Emal, and their children.

â€œNow I am then one who is responsible for all my family and I am jobless,â€ said Emal Ahmadi. The situation â€œis not good,â€ said Ahmadi of life under the Taliban. International aid groups and the United Nations have warned of a looming humanitarian crisis that could drive most Afghans below the poverty level.

McKenzie said the decision to strike a white Toyota Corolla sedan, after having tracked it for about eight hours, was made in an â€œearnest beliefâ€ â€” based on a standard of â€œreasonable certaintyâ€ â€” that it posed an imminent threat to American forces at the Kabul airport. The car was believed to have been carrying explosives in its trunk, he said.

But Ahmadi wondered how the familyâ€™s home could have been mistaken for an Islamic State hideout.

â€œThe U.S.A. can see from everywhere,â€ he said of U.S. drone capabilities. â€œThey can see that there were innocent children near the car and in the car. Whoever did this should be punished.â€