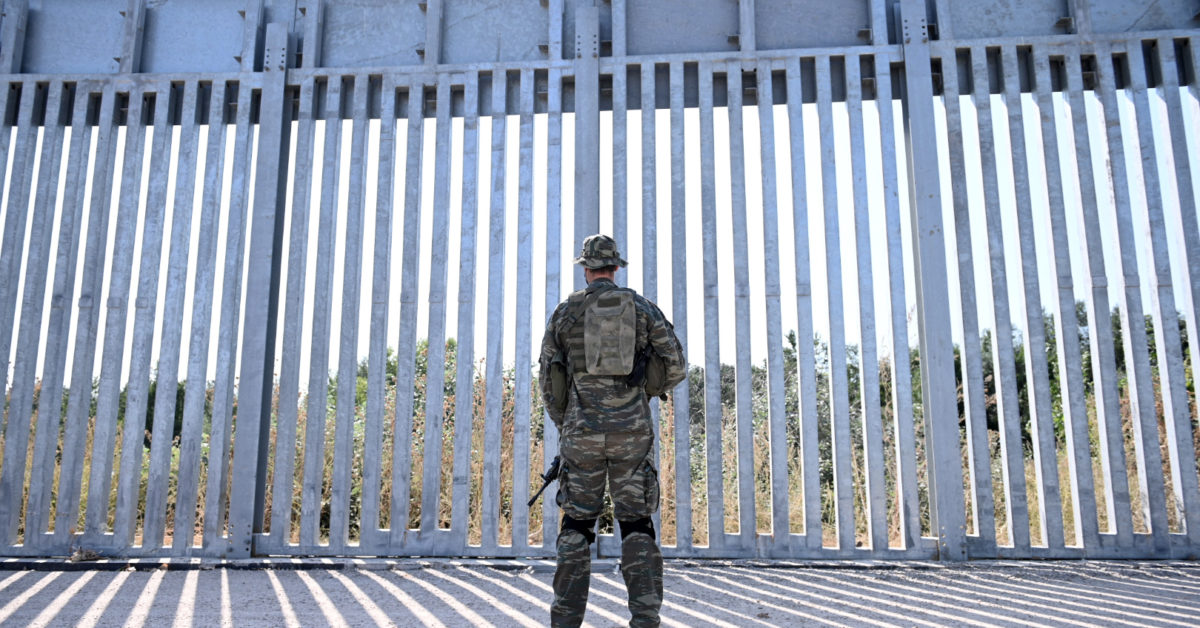 ATHENS â€”Â In Greece, officials are swiftly erecting patrol units and surveillance systems to intercept any Afghans crossing into the EU â€”Â and they say the EU should help foot the bill.Â

Officials back in Brussels have refused, insisting any payments must be linked to Greece establishing an independent monitoring authority to ensure no one is illegally turned away. The standoff has become a microcosm of a broader quandary currently facing the bloc.

In the wake of Afghanistanâ€™s collapse, EU officials have sought to keep the vast majority of Afghans fleeing the Taliban outside the EUâ€™s borders. But in doing so, they are also trying to ensure EU funding and support doesnâ€™t go toward the controversial methods some of its border countries have used to stay shut â€” including building fencing and turning back migrants,Â a practice human rights activists say verges on illegality.

Greece is at the center of that quandary.Â The country shares both land and sea borders with Turkey, which has recently served as a frequent waystation for people heading to the EU from destabilized countries like Syria and Afghanistan. And it has responded with some of the blocâ€™s strictest border policies, frequently drawing condemnation from human rights groups.

Yet, from Greeceâ€™s perspective, it is effectively shouldering the burden of policing the whole blocâ€™s borders. Last year, European Commission President Ursula von der Leyen thanked Greece for effectively being the â€œEuropean aspidaâ€ â€” the Greek word for shield. Because of that, Greece argues, it deserves more EU assistance.

â€œWeâ€™re committed to strengthening our continuous engagement with European and neighboring countries to manage migration in the most constructive and effective way, but obviously we also need fair and adequate support from the EU to do so,â€ Greek Migration Minister Notis Mitarachi told POLITICO.

â€œThe EU,â€ he added, â€œneeds to fund the protection of its external borders in Greece.â€

The EU is open to such help, insisted Ylva Johansson, the EUâ€™s migration commissioner, in a press conference last week.Â

But, she added, itâ€™s also important to have â€œsafeguards to comply with fundamental rights.â€

The standoff between Athens and Brussels stems from long-standing allegations that Greece has improperly turned away asylum seekers arriving at its borders, a process known as â€œpushbacks.â€Â

Numerous aid organizations and media outlets â€” from the Council of Europe to the U.N. to Bellingcat and the New York Times â€”Â have documented these allegations, which are illegal under both the U.N. Refugee Convention and international law.Â

Louise Donovan, a spokesperson for the U.N. High Commissioner for Refugees, said her agency â€œis alarmed by recurrent and consistent reports of informal returns at Greeceâ€™s sea and land borders with Turkey.â€

In each instance, though, Greece has forcefully denied the reports, calling them unfounded. Instead, Greek officials say they are simply following protocol.

â€œI reject the concept of pushbacks, as a term,â€ the Greek Prime Minister Kyriakos Mitsotakis said in an interview in July.Â

â€œBut when thereâ€™s a boat coming, and we see it coming, and weâ€™ve seen where itâ€™s coming from, we have an obligation to alert the Turkish Coast Guard and do what we can so that the boat goes back where it started,â€ he added. â€œThis is what we do, and we always do it with the utmost respect for human life.â€

The widespread reports have increased pressure on the EU to monitor Greeceâ€™s migration policies more closely. Complicating the matter is the fact that the EUâ€™s own border agency, Frontex, has itself been implicated in the pushbacks.Â

The allegations have left Greece and the EU at odds over how to approach the situation.

Greece has requested an additional â‚¬15.8 million from the European Commission to cover coast guard patrols and sea border surveillance in the Aegean Sea. But the EU first wants better assurances that the border is being policed properly â€” both from Greek officials and an independent monitor.Â

â€œI think the Greek authorities can do more when it comes to investigating these alleged pushbacks,â€ said Johansson, the EU minister, during a visit to the Greek island of Lesvos back in March.Â

Greece argues it already has adequate safeguards in place. And it accuses the EU of asking for new oversight mechanisms without offering a specific proposal.

â€œGreece already possesses such an independent authority in the form of its judiciary,â€ said Mitarachi, the Greek migration minister. â€œAs it stands, no alternative arrangements have been proposed as part of the new pact, nor have there been any such mechanisms prescribed under EU law.â€

The legacy of the 2015 Syrian migrant wave looms large over the current disagreement.Â

At the height of the Syrian civil war, over 1 million Syrians sought refuge in the EU, often landing on Greek shores. The influx of people fractured the EU, which couldnâ€™t agree on a common policy to process and resettle the Syrians across the bloc.Â

Six years later, it still hasnâ€™t come up one. EU countries have repeatedly tried â€”Â and failed â€”Â to set up a system to evenly distribute asylum seekers who arrive in the EU.

That reality has left Greek officials on edge.Â

â€œWhat we said was very clear: That we do not want a repeat of the uncontrolled and unregulated massive migration flows we experienced in 2015,â€ Mitsotakis, the Greek prime minister, said last week, speaking at a forum in Slovenia.Â

He called Greece â€œa victimâ€ of the EUâ€™s disjointed migration policy, saying it had highlighted â€œsignificant failures of the European institutions.â€

Without its own cohesive policy, the EU has tried to outsource much of its migration processing to neighboring countries. In 2016, the bloc struck a deal with Turkey, under which Ankara pledged to stop migrants crossing the Aegean for Greece in exchange for the EU funding several billion eurosâ€™ worth of aid projects in Turkey.

Now, with the tumult in Afghanistan, the EU is pursuing a similar strategy, vowing to fund refugee efforts in neighboring countries. The approach would keep Afghans closer to their origin â€”Â and out of the EU. Bloc countries are expected to further discuss the topic at a forum later this month.Â

But Greece isnâ€™t waiting on the bloc to act. The country will host the leaders of nine EU Mediterranean countries later this month, including France, Spain, Malta and Italy, to plot their own common migration policy.

The Greek government is also accelerating other border-hardening measures: It recently completed a 27-kilometer fence and surveillance system along its land border with Turkey, and is planning to hire roughly 1,200 patrol officers in the coming months.

Human rights groups have bemoaned the legislation, with the Council of Europe warning the measure would imperil NGOsâ€™ â€œlifesaving work.â€

But Greek officials are insistent: If the EU doesnâ€™t act, Athens will move on its own.Â

â€œItâ€™s finally time to create a more stable, sustainable foundation designed to avoid and mitigate these types of crises,â€ Mitarachi said. â€œThere is no time for â€˜hide and seek.â€™â€