The UK is in a race against time to help British nationals and supportive Afghans flee Afghanistan after the US president indicated rescue missions must be completed within 10 days.

Speaking at a news conference on Friday, Joe Biden suggested US efforts to rescue Americans from the country could be over by the end of the month in a move that is likely to present a similar deadline for British armed forces.

American soldiers are currently leading the evacuation effort out of Afghanistan with tens of thousands of people still waiting to be rescued ahead of the 31 August deadline.

The president has said he “thinks” troops can meet the deadline, despite US media reports suggesting the defence secretary has said Americans are having trouble getting through checkpoints and are being beaten by Taliban fighters.

The move comes as Prime Minister Boris Johnson said the UK would have to “manage the consequences” of the US withdrawal from the central Asian country.

After chairing an emergency government meeting about the current situation, he said: “We went into Afghanistan to support and help protect the United States.

“So when the United States decides emphatically to withdraw in the way that they have, clearly, we’re going to have to manage the consequences.”

He said 1,000 people had been repatriated to the UK on both Thursday and Friday, with most of them UK nationals or those who had assisted British efforts in Afghanistan. 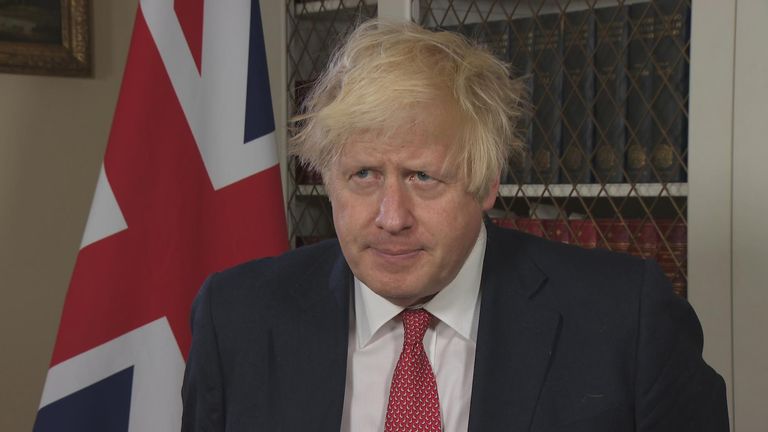 Mr Biden has faced fierce criticism for his decision to remove troops, as the Taliban have now taken control of the country 20 years after being ousted.

According to The Times, Mr Johnson feels “let down” by the US president over the way he handled the withdrawal.

Mr Biden defended the US withdrawal, saying he had “seen no questioning of our credibility from our allies around the world” after speaking with NATO partners.

But following a virtual meeting of foreign ministers, NATO members called on the US to secure Kabul Airport for as long as it takes, even if that stretches beyond the evacuation of all American nationals.

There have been chaotic scenes outside Kabul’s airport every day this week as desperate crowds of Afghans try to flee the country.

Mr Johnson used the meeting of the 30-nation group on Friday to pursue his own diplomatic push for international leaders to take a united front in dealing with the Taliban.

He hinted the UK could be willing to work with the group “if necessary” to “find a solution” after two decades of military engagement.

Under the Taliban’s previous rule in Afghanistan, women were largely confined to their homes, television and music were banned, and public executions were held regularly.

The leaders of the movement have pledged more moderation this time, although reports of targeted killings in areas overrun by the Taliban have fuelled fears they will return Afghanistan to repressive rule.

Asked whether the militants were a regime he could potentially work with, Mr Johnson said: “I think it’s very important that we take people at face value. We hope that they mean what they say.”

He added the insurgents would be judged “on their actions”, rather than their words.

The Amarnath Yatra, which has been going on in...
Breaking News

Howard Prager, 66, and his klezmer band were set up...
Coronavirus

It would be “sensible” for hospitals to reintroduce mandatory...

Covid Wales: All hospitals ask for masks as cases rise