After a cosy thanksgiving, Nysa Devgan parties all night with friends, see pics 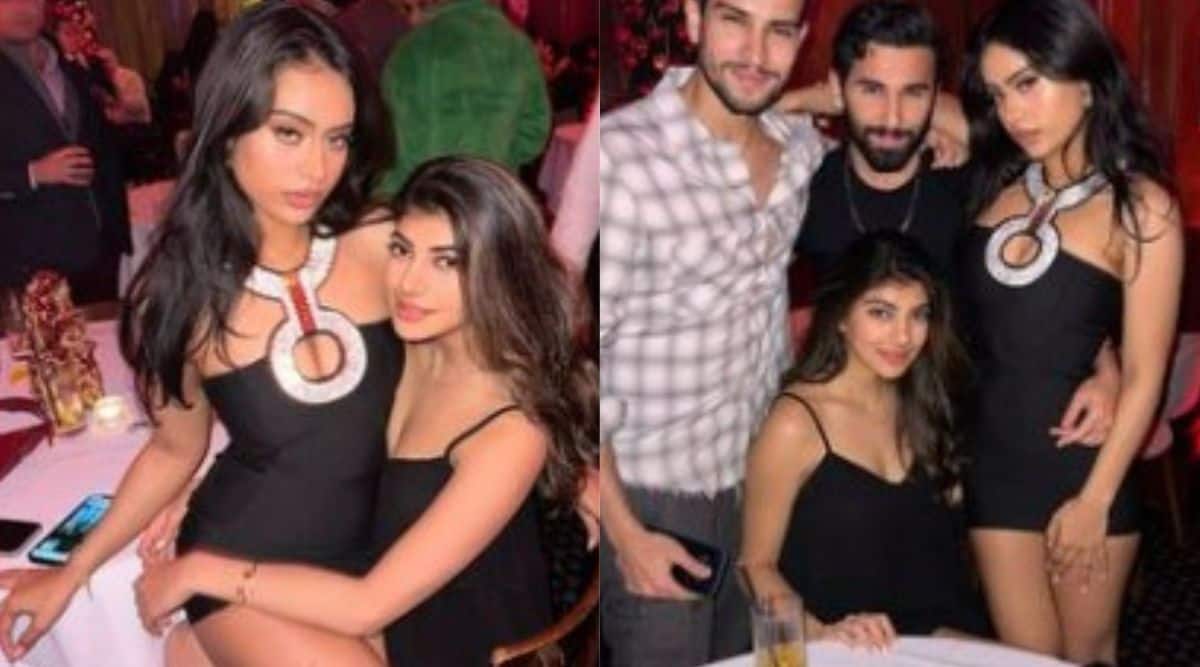 Kajol and Ajay Devgan’s daughter Nysa Devgan has become social media’s new favorite star kid. Even though there has been no confirmation that Nysa will make her acting debut anytime soon, there are devoted fan clubs on Instagram who dig her regular updates on social media. In the latest pictures doing rounds on the internet, Nysa is seen having a gala time with her buddy Orhan Awatramani and others in London.

After a cozy thanksgiving dinner at Orhan’s residence last week, Nysa is now partying in London. The star kid was sporting a little black dress as she posed with her friends. Everybody in the picture was sporting black outfits and there was food, fun and laughter as Nysa and others seemed to be having a great time.

Nysa and Orhan share a close bond with each other and they are often spotted vacationing together. In July, the two of them were holidaying in Europe and on their trip to Amsterdam, they also met Janhvi Kapoor and Varun Dhawan, who were shooting for Bawaal.

Even Ajay spoke about the same and had told the Film Companion, “Forget my daughter… I don’t know if she wants to come into this line because till this moment she’s shown disinterest.” However, he added, “Anything can change anytime with the children. I don’t know. She is abroad, studying right now.”

Nysa is currently studying International Hospitality at the Glion Institute of Higher Education in Switzerland.