After I’m A Celebrity, Matt Hancock’s Real-Life Trials Are Only Just Beginning 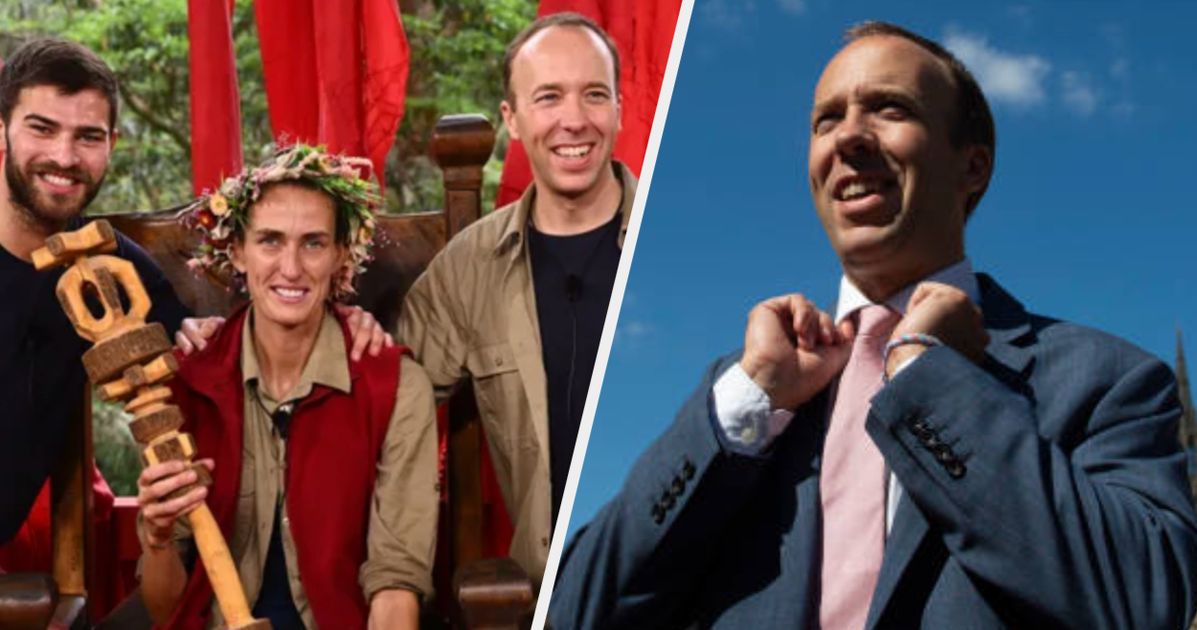 Matt Hancock, Westminster’s reality-TV MP, may have only just returned from the cringe-inducing bushtucker trials of the Australian jungle, but judging by the frosty reception he faces at home, his toughest ordeal may be yet to come.

The MP for West Suffolk and former health secretary defied his critics to take third place on I’m A Celebrity…Get Me Out Of Here!, seemingly winning over some members of the public with his awkwardness and stoicism in the face if adversity (including eating a camel’s penis).

But the MP for West Suffolk nevertheless awaits an almighty reckoning in the court of public opinion and from his constituents now that he has arrived back in the UK.

He stands accused of abandoning his duties in the quest for self-promotion to appear on the hit reality TV show.

In the town of Newmarket, the self-professed home of British horse racing where Hancock won a competition as an amateur jockey, it is clear that for some residents he is no longer winning here.

“It was awful that he went out there,” says Jackie Hazeldine, a Labour voter who is visiting Guineas shopping centre.

“You only have to look at the state of our buses at the moment. We didn’t have any for weeks. People are stuck out in the villages and can’t get into Newmarket to see their friends.

“He said he was in there for forgiveness so he knows he’s done wrong — but he’s not going to get forgiveness if he’s away from everybody and not doing his job.

“What he did was totally out of order.”

Indeed, this was the dominant view expressed by the majority of Hancock’s colleagues in Westminster and much of the media when it was revealed that he would be joining a cast of celebrities in the remote Queensland jungle.

Tim Loughton, the Conservative MP for East Worthing and Shoreham, branded Hancock an “absolute prat” and urged his local association to deselect him.

Earlier this week, the majority of Hancock’s colleagues on Newmarket town council passed a motion calling on the MP to resign his seat. There was only one abstention and no councillor voted against it.

And in a recent statement, the West Suffolk Conservative association also reiterated its “extreme disappointment” with Hancock, whom they chastised for “abandoning” the constituency while continuing to take his £84,144 parliamentary salary, plus expenses.

However, it warned that because Hancock is no longer a Conservative MP after he had the party whip withdrawn, “it is not possible to commence a process to deselect Matt Hancock as our MP”.

But not everyone has been derisory of Hancock’s performance in the jungle.

Diane Robertshaw speaks up in his defence. “I think he’s brilliant,” she says. “He’s the only one who gets things done in this town. I think they should leave him alone.”

Cath Warren also says she wasn’t bothered “in the slightest” by his jaunt in the jungle.

“He has done a bit for this town,” she explains, pointing to Hancock’s efforts to block a solar panel and battery farm from being built across the constituency.

Asked whether she felt the backlash had been overly harsh, her brother David intervenes: “I think people are taking it out on him. They feel bad about what happened over Covid. They were lots of families who couldn’t see their relatives when they died and people are very unhappy, understandably.”

Andy, a retired police officer who usually votes Conservative, speaks eloquently about the issues facing his hometown and expresses disbelief that his MP’s attention was elsewhere at a time of crisis.

“The matter is he’s gone on there for forgiveness and to come across as a human being. I don’t think he’s portrayed himself in any of those ways whatsoever,” he tells HuffPost UK.

“When he talks about the trials that he’s done for a great deal of money, and you think about the trials — the real, human trials that people have gone through, being deprived of loved ones — to see somebody going through what they describe as a trial I just think makes a mockery of people’s tragic losses. And no amount of cheap antics is going to take that away from people.”

Hancock’s decision to go on the show has only fuelled people’s general dislike and distrust of politicians, he continues.

“At a time when people can’t afford to eat, can’t afford to heat, all the worries that are going on — to remove yourself the issue is that you are elected and paid to have an influence over, speaks volumes.

“What is the point of going out on a cold winter’s day, putting your X in a box to vote for somebody who you expect to to make life better for all of us, where that person’s main motivation is self?”

He gestures towards Newmarket’s flagship Waitrose supermarket store. “On certain days there’s a queue right round the side of the church next door for the foodbank. This is Newmarket — the home of British racing, a mega wealthy town, and there’s people queuing for food.

“This is Britain, the sixth richest nation on earth. What’s that all about?”

Next year, Hancock will give evidence to the Covid-19 inquiry which will look at the actions taken by the government in managing the pandemic that has cost the lives of more than 200,000 people in the UK since it began.

As he reiterated to his fellow contestants in the jungle, Hancock stands by his decision-making during the pandemic and sees the inquiry as an “opportunity” for people to understand “what happened and why”.

He is understood to believe that there is “misinformation” around issues from the transfer of patients into care homes to Covid contracts and PPE. Hancock has handed over his phone and given full access to all his emails and text messages, as requested by parliament.

The likely scenario for Hancock is that he remains in political purgatory for the time being — neither wanted by his local party nor in Westminster.

Reports that Conservative MPs have to decide by December 5 whether they intend to stand at the next election prompted speculation that the party could be forced to choose a new candidate for West Suffolk while he remains an independent.

But a source close to Hancock said that the deadline did not apply to MPs without the whip, while a spokesperson added: “Matt has no intention of standing down or stepping away from politics.”

Those close to Hancock also say he will be spending a lot of time in his constituency, where they describe reaction to his return as “very good”.

On his return he held a surgery and went to the Newmarket foodbank — things his critics might argue he should have been doing all along.

“A lot of people were chatting to Matt and wanted selfies with him,” a friend said.

Ian Houlder, a Tory councillor who represents the Barrow ward, is not convinced.

“Disappointed doesn’t cut it with what he’s done in the past and by zooming off to Australia to have a bloomin’ good time,” he says.

“He should not be my MP and I don’t think he should be anyone’s MP.

“I’d like him to call a by-election — that would be the honourable thing to do. We have local elections coming up next year and this is the last thing any of us wanted.

“I’m quite happy to give Matt the benefit of the doubt about being a good contestant, but at the end of the day, it’s a game show — it’s not real life.”

After a taste of the high life, Hancock is about to be reacquainted with the one he left behind.