Ahead of Thalapathy Vijay’s birthday, fans trend #BirthdayCDP on Twitter 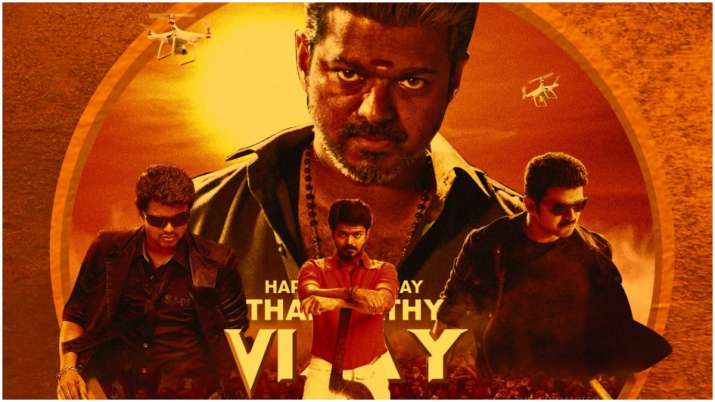 Joseph Vijay Chandrasekhar or Vijay is a huge name in the Tamil film industry. He is fondly known as Thalapthy. The actor, who has acted over 64 films in his career, will be turning 46 years old onÂ June 22. Ahead of his special day,Â Â fans are all set to releaseÂ a common display picture (CDP) of the actor.Â Vijay’s fandom is unfathomable and has a huge following across the globe. His films open to hugeÂ grand opening and celebrations on release days are nothing short of festivals for fans. However. thisÂ time around,Â  things are different with the coronavirus outbreak. The actor alsoÂ has decided to cancel his birthday celebrations and other social activities. Nonetheless. fans are super-excited for theirÂ Thalapathy of Tamil cinema.

With Thalapahthy Vijay’s Birthday CDP release, several fans have now takenÂ to Twitter to join in the celebration of the Bigil star.

There Is An #21 Celebrity In CDP Release? 😱😱#Master #ThalapathyBdayCDP

Several fans are alsoÂ requesting the actor to release the trailer of his upcoming film, Master, on the occasion of his birthday.

According to reports, Thalapathy Vijay will be seen playing a double role in Master. The film is being directed by Lokesh Kanagraj. The lead cast of Master also features Malavika Mohanan and Andrea Jeremiah in pivotal roles.

Meanwhile, Vijay Sethupathi will essay the lead antagonist. The movie is being produced by XB Film Creators. The film is expected to release in Hindi, Tamil, Malayalam, Kannada and Telugu languages.

On the other hand, Tamil actor-director Sasikumar recentlyÂ revealed that he might soon join forces with Vijay for a big-budget historical period drama. It was in a recent social media interaction that the actor made the big revelation that he had discussed the plot for a period drama VijayÂ and the actor was very impressed.

Vijay’s last film Bigil, directed by Atlee Kumar..Â featured hin in the role of a soccer coach. The film had a strong cast includingâ€˜Thalaiviâ€™ Nayanthara, Jackie Shroff and Yogi Babu.