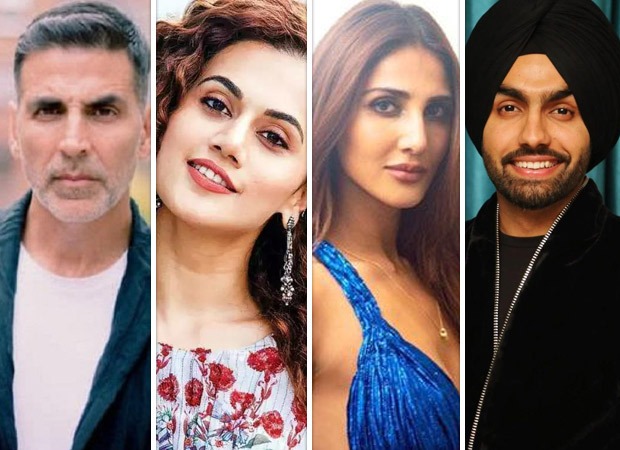 As per latest reports, an ensemble cast of Akshay Kumar, Taapsee Pannu, Vaani Kapoor and Ammy Virk has been roped in for filmmaker Mudassar Aziz’s next titled Khel Kheil Mein. The film is said to be produced by Ashwin Varde and the head honcho of T-Series Bhushan Kumar.

It is also reported that the film will be an out-and-out comedy. Mudassar is known for helming comic entertainers like Happy Bhaag Jayegi, Happy Phirr Bhag Jayegi and Pati Patni Aur Woh. He was also the producer of Sonakshi Sinha and Huma Qureshi’s recently-released Double XL.

This will be the first time that Akshay will be directed by Aziz. It will be the actor’s fourth association with Taapsee after Baby, Naam Shabana and Mission Mangal.

Ammy Virk is a star in Punjabi cinema not just for his acting but also singing. He has appeared in Bollywood movies like Bhuj: The Pride Of India and 83.

Reports also state that Khel Kheil Mein will go on floors in the first quarter of 2023.