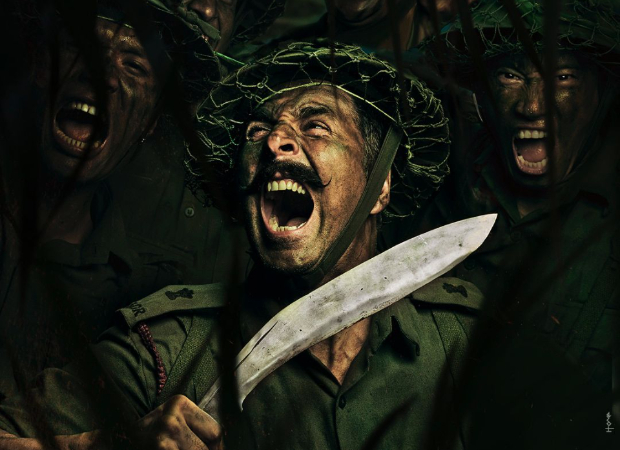 After Atrangi Re and Raksha Bandhan, Akshay Kumar Aanand L Raiâ€™s Colour Yellow Productions and Cape of Good Films join hands once again. They collaborate for a biopic – Gorkha, based on the life of Major General Ian Cardozo, a legendary officer of the Gorkha regiment of the Indian Army (5th Gorkha Rifles). The film will be helmed by national award winner Sanjay Puran Singh Chauhan. However, upon releasing the posters, an ex-Army officer pointed out a mistake in the poster.

On Friday, two posters were released by Akshay Kumar in which a fierce Akshay was seen holding a curved knife or a khukri. However, an ex-Gorkha officer, Manik M Jolly, said that the khukri is different from what is shown on the poster. He wrote, â€œDear @akshaykumar ji, as an ex Gorkha officer, my thanks to you for making this movie. However, details matter. Kindly get the Khukri right. The sharp edge is on the other side. It is not a sword. Khukri strikes from inner side of blade. Ref pic of Khukri att. Thanks.â€

Akshay wrote back, â€œDear Maj Jolly, thank you so much for pointing this out. Weâ€™ll take utmost care while filming. Iâ€™m very proud and honoured to be making Gorkha. Any suggestions to get it closest to reality would be most appreciated.â€

Dear Maj Jolly, thank you so much for pointing this out. Weâ€™ll take utmost care while filming. Iâ€™m very proud and honoured to be making Gorkha. Any suggestions to get it closest to reality would be most appreciated. ????????

Akshay will be essaying the role of the legendary war hero who fought in the wars of 1962, 1965, and most notably in the Indo-Pakistan War of 1971. Being a special film about a war icon, the actor decided to present it himself.

Presented by Akshay Kumar and Colour Yellow Productions in association with Cape of Good Films, Gorkha is produced by Aanand L Rai and Himanshu Sharma and directed by Sanjay Puran Singh Chauhan.