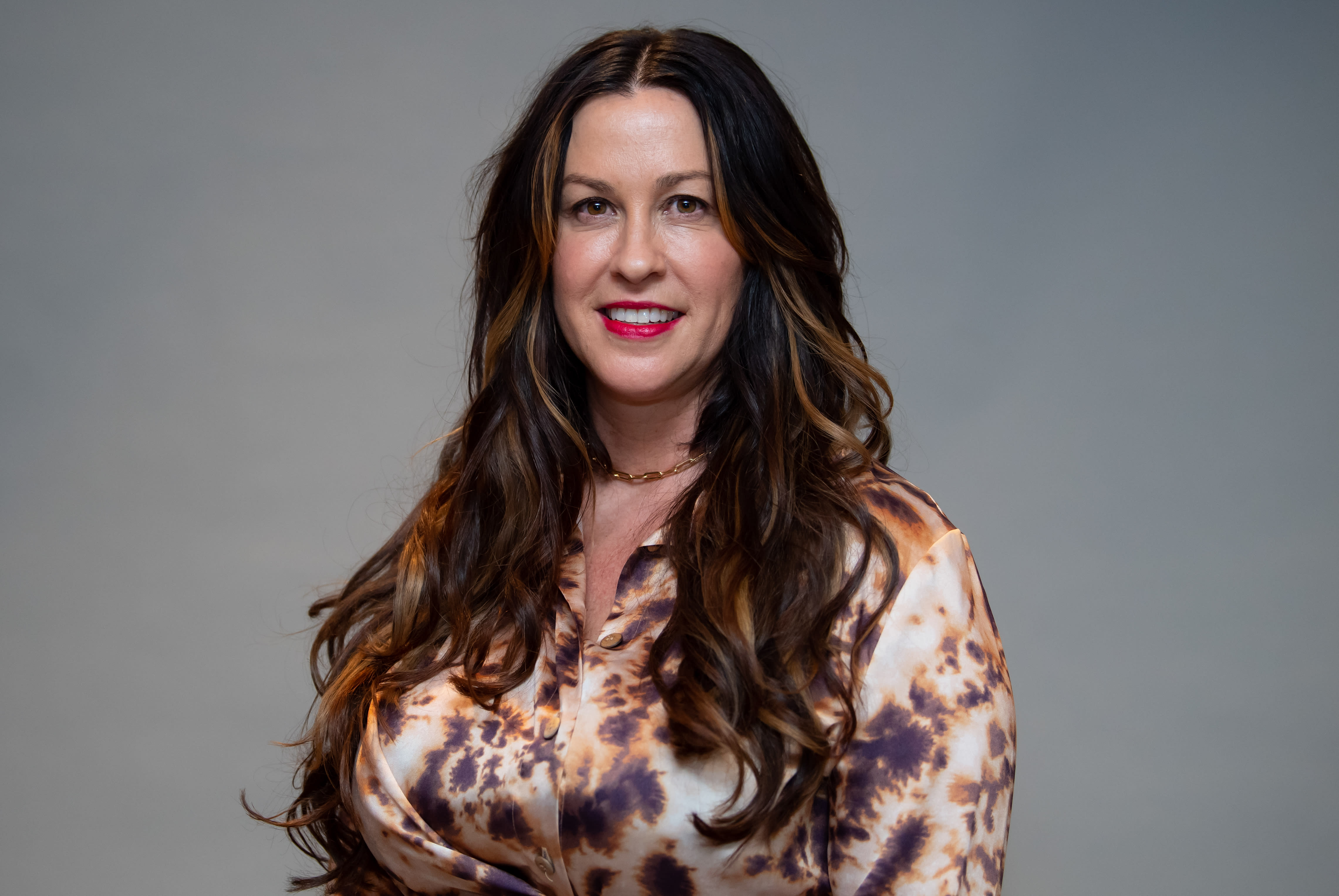 Alanis Morissette is opening up about some very challenging moments in her past.

The 46-year-old musician, who on Saturday celebrated the 25th anniversary of her iconic “Jagged Little Pill” album, revealed some personal experiences in a Friday episode of “Armchair Expert,” a podcast by Dax Shepard, the husband of Kristen Bell. Their conversation was filmed in early May.

Now a mother of three children (sons Ever, 9, and Winter, 10 months, and daughter Onyx, 3) Morissette, who has been married to singer Mario “Souleye” Treadway since 2010, shared that she suffered miscarriages, which is pregnancy loss.

“Well, not all of it was the ideal situation,” Morissette told Shepard while commenting on the age differences between her children. “I had a bunch of miscarriages, I had a molar pregnancy. We were chasing and just showing up and then surprises and then devastations and all of it.”

Still, Morissette held out hope. “But I mean, I do trust,” she said. ‘I have this trust pilot light thing that keeps cooking along — even when there’s a torrential downpour it’s still flickering — of hope and faith and vision for something to work out, whatever it is.”

Calling herself a “cynical optimist,” Morissette said, “I’m an optimist who will get depressed and cry, but at the end of the day there’s still that little light. That little star of Bethlehem keeps dangling over there.”

It’s not the first time Morissette has opened up about her struggle to expand her family. Last year, while pregnant with Winter, she told Self, “Between Ever and Onyx there were some false starts. I always wanted to have three kids, and then I’ve had some challenges and some miscarriages so I just didn’t think it was possible.”

Morissette has previously gotten deep about motherhood, particularly about the subject of breastfeeding. In 2012, the “Ironic” singer told ABC News that she would stop nursing Ever, then almost 2, whenever he chose to stop. “I know some children who have weaned naturally at two years, some kids wean naturally a couple of years later. I mean, it’s up to every child,” she said.

She also admitted, “I’m in a privileged position, where I can afford the time and to pay for the resources that would support this kind of lifestyle. That’s not possible for a lot of families.”

Morissette’s first album in eight years, “Such Pretty Forks In The Road,” comes out in July.