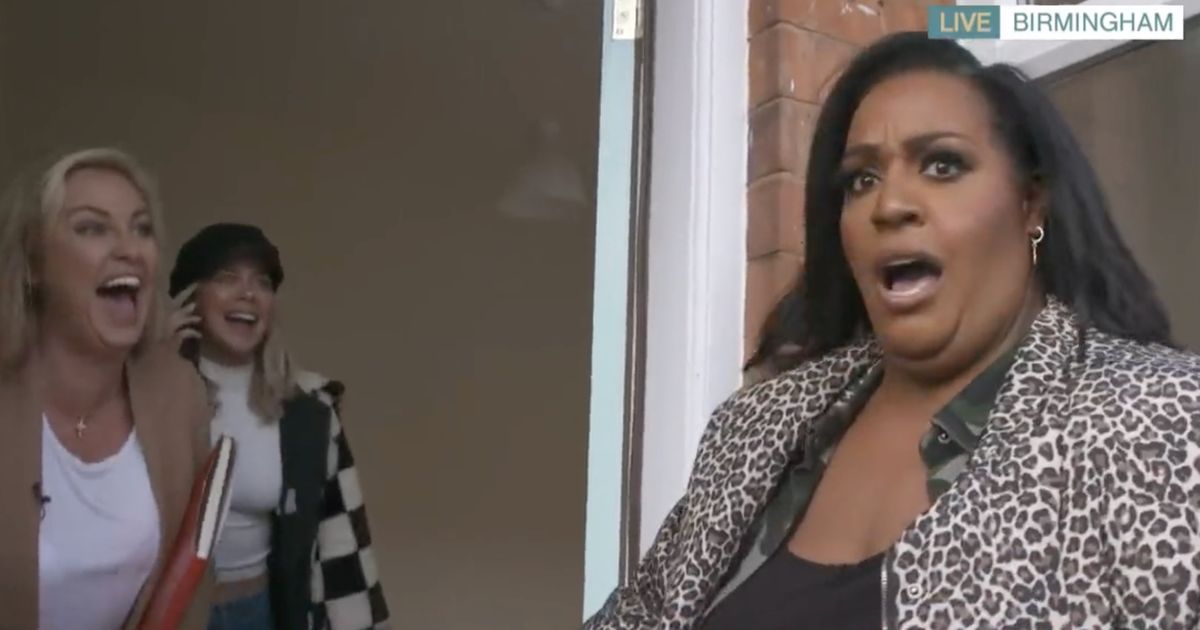 Alison Hammond received quite the on-air shock as her This Morning co-stars lined up something special to celebrate her 20th anniversary on the show.

On Monday, Josie Gibson and Kate Lawler were sent to Alison’s hometown of Birmingham to surprise the presenter, who believed she was fronting a regular edition of the Dosh On Your Doorstep segment.

It usually sees one of the This Morning team surprise an unsuspecting member of the public by turning up at their door with the chance to win cash prizes.

However, it was Alison who was on the receiving end of the shock, as when the door opened, it was two of her close friends stood behind it.

The presenter, who joined the ITV daytime show’s on-air team in 2002 after rising to fame on Big Brother, was visibly shocked, asking: “What are you doing? Oh my god!”

Josie, who was seen carrying a This Is Your Life-style red book, then helped bundle Alison into a waiting car to carry her to a secret location for more surprises, where she was greeted by a room full of her friends and family to celebrate.

“This is the best day of my life!” she said.

In Alison’s 20 years on This Morning, she has interviewed some of the world’s biggest stars – including Harrison Ford, Tom Cruise and Dwayne ‘The Rock’ Johnson – in her role as a showbiz reporter.

In 2021, she was promoted to a regular presenter of the show, co-hosting each Friday with Dermot O’Leary.

This Morning airs weekdays at 10am on ITV.