All set for Daska re-vote today | The Express Tribune 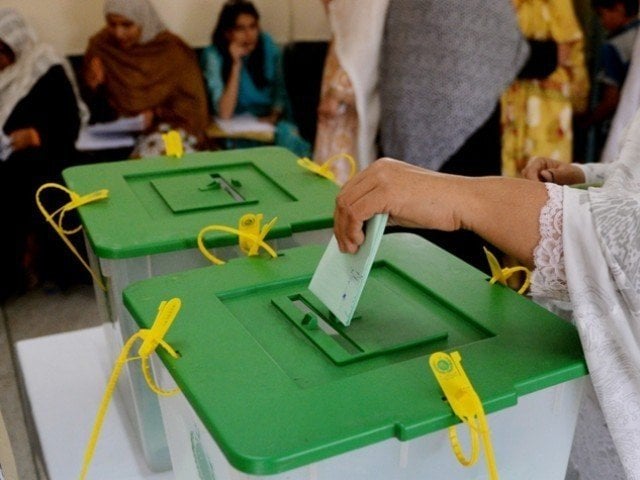 
The ruling party and opposition will again lock horns in re-election in the hotly-contested NA-75, Daska constituency, on Saturday (today) to get their man to win the coveted slot, prompting the ECP chief to supervise the polling process in Lahore.

According to sources, Chief Election Commissioner Sikander Sultan Raja will be in the provincial election commission office in Lahore today as he would be â€œpersonally supervisingâ€ the re-polling process.

Moreover, in order to ensure a fair re-election in NA-75, the provincial election commission has assigned Pakistan Rangers the task of safe transportation of presiding officers and the polling material to and back from the polling stations to the office of the returning officer.

To make the conduct of the April 10 re-poll transparent, close-circuit TV cameras are also being installed at 47 highly-sensitive polling stations, out of a total 360.

Such strict measures come in the wake of Feb 19 Daska by-polls where different incidents of alleged vote tampering, rigging and clashes were reported. The ruling party and the opposition were at odds as the former was claiming victory whereas the latter alleged massive rigging in the constituency.

Later, the ECP had voided the by-election on Feb 25 after clashes between workers of Pakistan Tehreek-e-Insaf (PTI) and the Pakistan Muslim League-Nawaz and mysterious disappearance of around 20 presiding officers and suspected tampering with the results.

It further prompted the ECP to reschedule the by-poll in April that was challenged by the PTI in the apex court. The ruling party had sought suspension of order, however, on April 2 the Supreme Court rejected the PTIâ€™s appeal against the directives of the ECP for re-polling in the constituency of NA-75 and maintained the countryâ€™s top electoral body decision to schedule fresh election on April 10.

A Tehreek-i-Labbaik Pakistan (TLP) candidate Khalil Sandhu is also in the run.

Despite many differences, the Pakistan Peoples Party has assured the PML-N of its support for Iftikhar, as part of its joint efforts to upset the government.

â€œThe PPP will live up to its promise of supporting the candidate in the by-polls, just as it backed them in February. Despite differences in the PDM [Pakistan Democratic Movement], we will stand by our promise,â€ PPP Central Punjab President Qamar Zaman Kaira was quoted as saying in a statement.

According to the political background of the NA-75, the families of PTI and PML-N candidates have been getting elected for the last two decades. But the PML-N candidate has a strong presence in this regard. Syed Murtaza Amin, the husband of Nosheen Iftikhar, has been elected to the NA from here four times. It is pertinent to mention that he could not participate in the elections because of his degree. In the last three general elections, this seat has been held by the PML-N.

The ECP has also made it mandatory for the presiding officer to have a smartphone during the polling process, as part of its efforts to ensure transparency.

It maintained that the smartphone devices would help in tracing the location of presiding officers in the re-polling process.