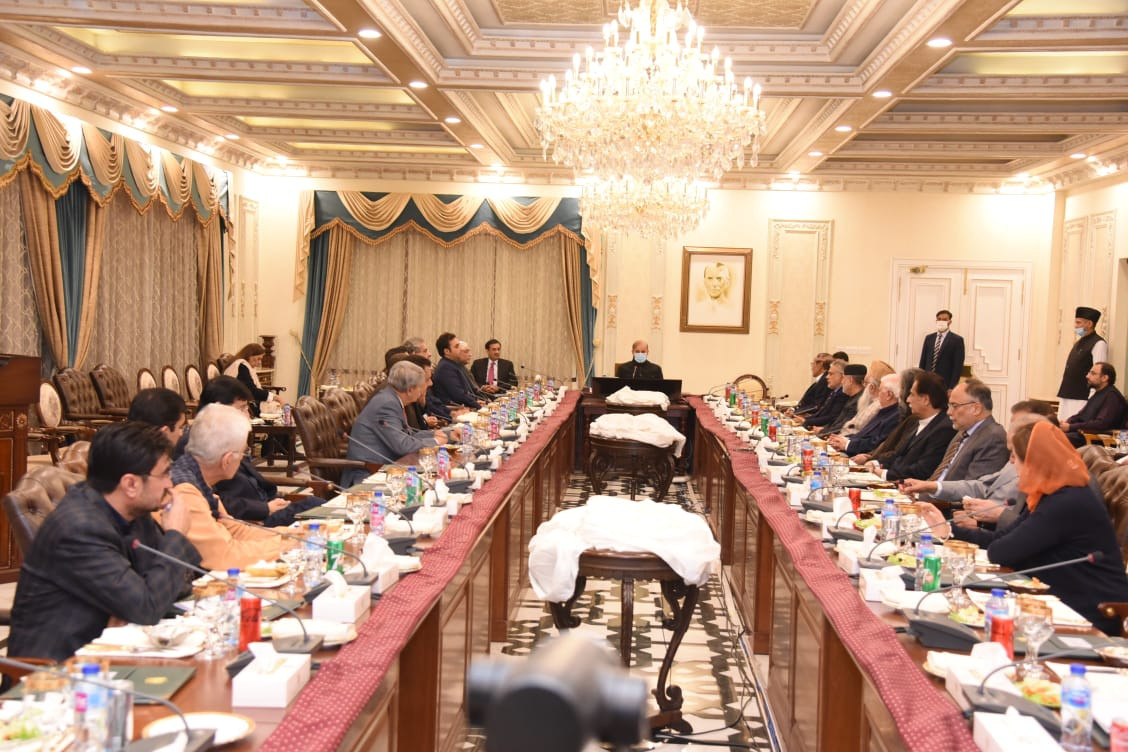 
As the appointment of Chief of Army Staff (COAS) enters the final stages, the coalition partners on Wednesday entrusted Prime Minister Shehbaz Sharif with full authority to make the all-important decision.

“Shehbaz Sharif sahib, you are the prime minister and the Constitution has assigned this authority and right to you,” insiders quoted Zardari as saying during the meeting.

“God has placed you on this position… it is your constitutional right,” said Chaudhry Shujaat.

BAP’s Khalid Magsi said that whatever the premier decides, he will firmly stand with him over the crucial appointment.

Foreign Minister Bilawal Bhutto Zardari and MQM-P’s Khalid Maqbool Siddiqui also expressed their support for PM Shehbaz. “We have full confidence in you. This is your constitutional right. We’re thankful to you for making us part of the consultation process,” said Siddiqui.

Read more: COAS name to be finalised before Shehbaz leaves for Ankara: Asif

Sources revealed that the prime minister took all the allies into confidence on which they expressed full confidence in the premier’s decision, announcing that they will stand by PM Shehbaz in whatever decision he takes.

Sources say the prime minister took all the allies into confidence over the appointment of the army chief. PHOTO: EXPRESS

Earlier, a meeting was held between Chaudhry Shujaat Hussain and Asif Ali Zardari at the Prime Minister’s House, in which the country’s political situation including the appointment of next army chief was discussed.

The crucial appointment continues to dominate national discourse for the last few days despite appeals by the government ministers not to create unnecessary hype.

On Tuesday, there was a flurry of meetings during the day, including PM Shehbaz making a first public appearance after staying in isolation due to Covid-19 when he met Asif Ali Zardari.

The prime minister continued closed-door consultations in the power corridors in order to develop a consensus among the stakeholders for the appointment of the military chief a day after he recovered from Covid-19.

Read: COAS appointment: Will SC interfere to nip the potential crisis in bud?

With all eyes on the premier, Zardari called on the premier at the Prime Minister House to discuss about the key appointment and the overall political situation, including the upcoming rally of PTI on November 26.

The meeting between PM Shehbaz and ex-president Zardari was seen as crucial, as the prime minister moves closer to picking up Bajwa’s successor.

Though the process to appoint the new army chief kicked off with PM Shehbaz on Monday formally writing a letter to the Ministry of Defence, seeking a summary for the potential candidates, the consultative meetings have lately gained momentum and picked up the pace just before the final week of General Qamar Javed Bajwa’s retirement began.

An insider told The Express Tribune that Zardari extended full support to PM Shehbaz for whatever decision he would arrive at over the appointment of the new army chief.

Zardari is believed to have assured Shehbaz that his party would back the government at this crucial juncture. The JUI-F chief, another coalition partner, extended similar support.