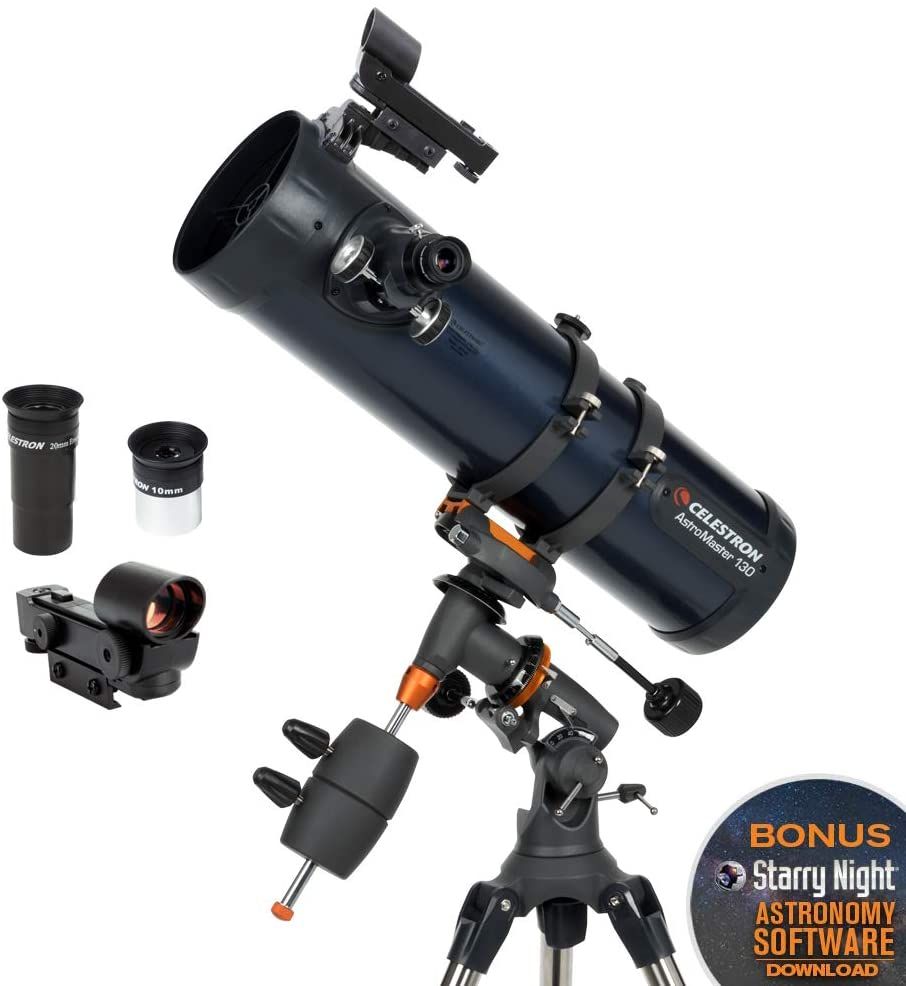 The deals are only available to people with an Amazon Prime account. Prime costs $119 per year, but users can try it free for 30 days.

Below, you’ll see some current deals as we await the Prime Day main event. We’ll update this page throughout Amazon Prime Day with more deals for space fans as we see them, so don’t forget to check back periodically to see what we find! Also be sure to check out our other Prime Day deals roundups:

This Celestron reflector is a powerful telescope for stargazing beginners and features a 130mm objective lens, 2 eyepieces (20 mm and 10 mm), a travel tripod and red dot finderscope. It also includes a free download of Starry Night astronomy software. A 2-year warranty rounds out the deal for added buyer security.View Deal

This compact spotting scope is a nice upgrade from binocular viewing for beginners. The 80 mm telescope allows beginners to pan around the sky hunting down bright solar system or deep sky objects. It includes a tripod mounting plate (the tripod is sold separately) and a zoom eyepiece, but use the zoom with caution as you may get blurry viewing.View Deal

This is a great deal for intermediate skywatchers for dabbling in observing deep sky objects and worlds in the solar system. The Celestron PowerSeeker 127 EQ comes with two eyepieces: a 20 mm and 4mm, which work with the optical system to produce magnifications of 50x and 250x. Skywatchers will need to be comfortable with using an equatorial mount and the slow-motion controls, along with performing a a polar alignment.View Deal

This telescope will help beginners scroll around the sky. The 70 mm refractor comes with two eyepieces, a red dot finder scope, and a tripod with adjustable height. You can move between objects using a panning handle with altitude-azimuth control. The telescope comes with a bonus version of Starry Night Basic Edition to help you with wayfinding.View Deal

Great for terrestrial and astronomical observations, Celestron’s Nature DX 8×42 binocular is lightweight and waterproof. It comes with a carrying case, objective lens caps, an eyepiece rain guard, a neck strap, a lens cloth and an instruction manual.View Deal

These compact binoculars offer good 10x magnification for casual skywatching but also deliver outstanding performance for birdwatching. With a tough, grippy exterior and waterproof design, they are made to withstand the great outdoors on even the most arduous hikes. They come with the added benefit of being filled and sealed with nitrogen gas, making them immune to fogging. Normally priced at up to $87.95, these are a great addition to your skywatching arsenal.
View Deal

Get ready to join the Resistance with this iconic “Star Wars” A-Wing fighter. In a package of 269 pieces, you’ll get two firing missiles, a retractable landing gear and several action figures. It’s rated for ages seven and up. View Deal

Get ready to launch to Mars! This rocket has all the parts needed for an amazing mission to the Red Planet. You can set the rocket atop a launchpad, which is easily connectable to a separate launch control center using a monorail. The launch control facility includes a detachable window section, and the ability to fold it out or set a countdown. This 837-piece set comes with many accessories, including a robot, a space telescope, astronaut minifigures, ground personnel, and a tile with a secret symbol.View Deal

If you always wanted to fly on Mars, this set will let you soar to new heights. This combination rover, space shuttle and drone set allows young builders to explore the Red Planet by land and by air. View Deal

Asking Alexa for help or playing music was never so adorable as it is with tis Mandalorian-themed Echo Dot bundle for Prime Day. View Deal

Save 32% on Amazon’s 3rd generation Fire TV Stick with Alexa voice controls in a sleek Mandalorian case, complete with a Mudhorn sigil on the front and an image of the Mandalorian and Baby Yoda on the back for Prime Day.View Deal

D-O, the excitable and quirky little droid who Rey fixed up in The Rise of Skywalker, is on sale for 52% off its original price of $49.99, selling during Prime Day at $25. The vinyl figure stands 10 inches (25 centimeters) tall.View Deal

Save at least 26% on the board game “Star Wars: Rebellion” for Amazon Prime Day, with an additional 5% available when you click on an option to apply a coupon. You’ll get to pit the Rebel Alliance and the Galactic Empire against each other to see who can gain control of the Force in their favor.View Deal

From video game developer Housemarque, Returnal is a sci-fi adventure where you must take control after crash-landing on a strange, shape-shifting world. This is an exclusive for PlayStation 5 and it’s 29% off in time for Amazon Prime Day.View Deal

Save 19% on “Catan: Starfarers” in this incredible Prime Day deal. The game, a space-based variation of the classic board game “Catan”, allows at least three to four players to explore and settle the galaxy in a futuristic setting, in the middle of the third millennium.View Deal

Terraforming Mars | $57.58 at Amazon (18% off)
It’s smart, challenging and beautifully crafted and now you can get the Terraforming Mars base game with a 17% discount, saving you just under $12 on the usual price.
View Deal

All is not well on Mars. This expansion lets you struggle for control of the transforming Council and influencing the politics that have developed. Turmoil includes new corporations, projects, and new global events cards that can throw anything from dust storms to uprisings at the players.
View Deal

Airivo Northern Lights Star Projector: $31.38 at Amazon (save $11)
This 3-in-1 night light is nearly 30% off for Amazon Prime Day. It shows off a combination of auroras and stars and includes a white noise feature to help you relax or sleep.View Deal

Explore science with Bill Nye “The Science Guy” in this interactive science kit for kids, complete with over 30 hands-on experiments and an 80-page interactive book.View Deal

“Beyond: The Astonishing Story of the First Human to Leave Our Planet and Journey into Space”
$20.50 at Amazon (32% off)

Author and documentary filmmaker Stephen Walker recounts intimate details of the months, and years, leading up to Gagarin’s historic flight, revealing the true stories of the Soviet space program as the agency prepared to launch the first human into space. Read Space.com’s Q&A with the author here.View Deal

This kids book, written by Lauren Gunderson and illustrated by Valerio Fabbretti (Two Lions, 2017), follows the journey of the ever-curious Dr. Wonderful, as she and her canine companion head for the lunar surface.

3D Grogu night light | $15.19 at Amazon
Grogu (aka Baby Yoda) from “The Mandalorian” on Disney Plus lit up our lives. Now it can light up your room with this adorable 3D night light. Interchangeable Darth Vader and Chewbacca light figures are included. The lamp has a 90-day money back guarantee.View Deal 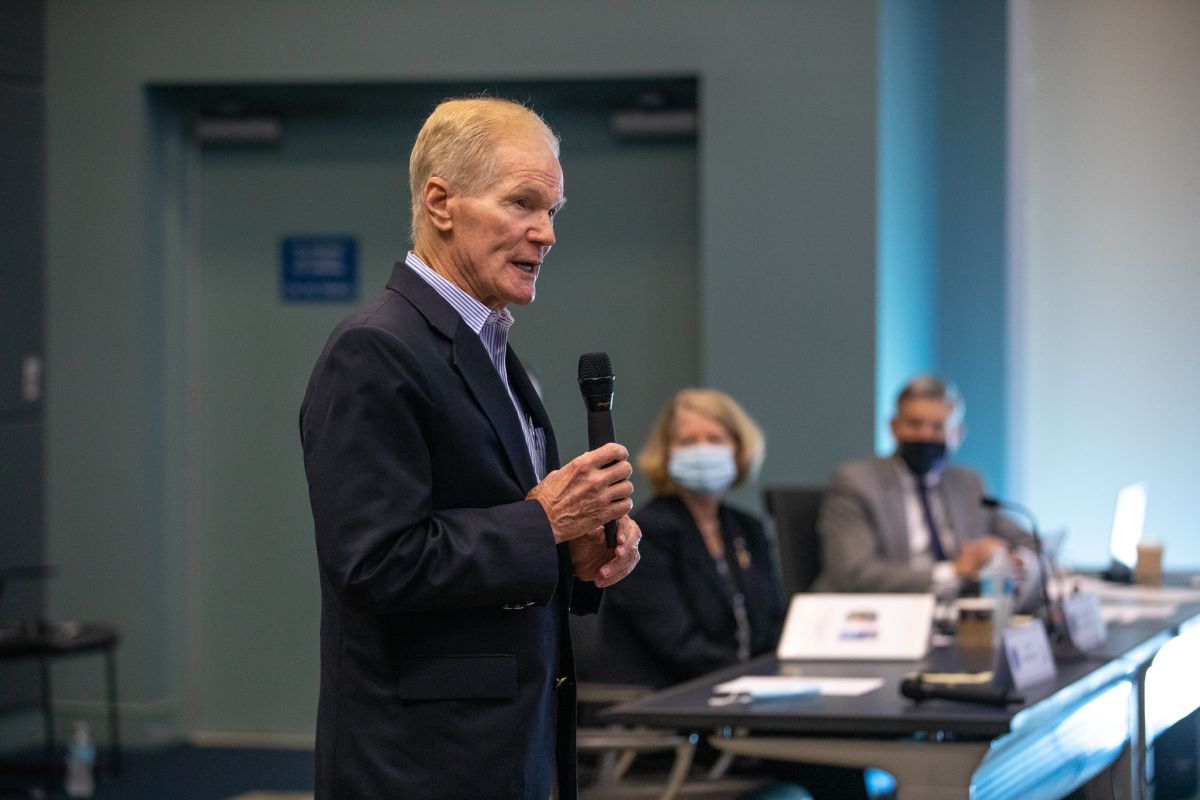