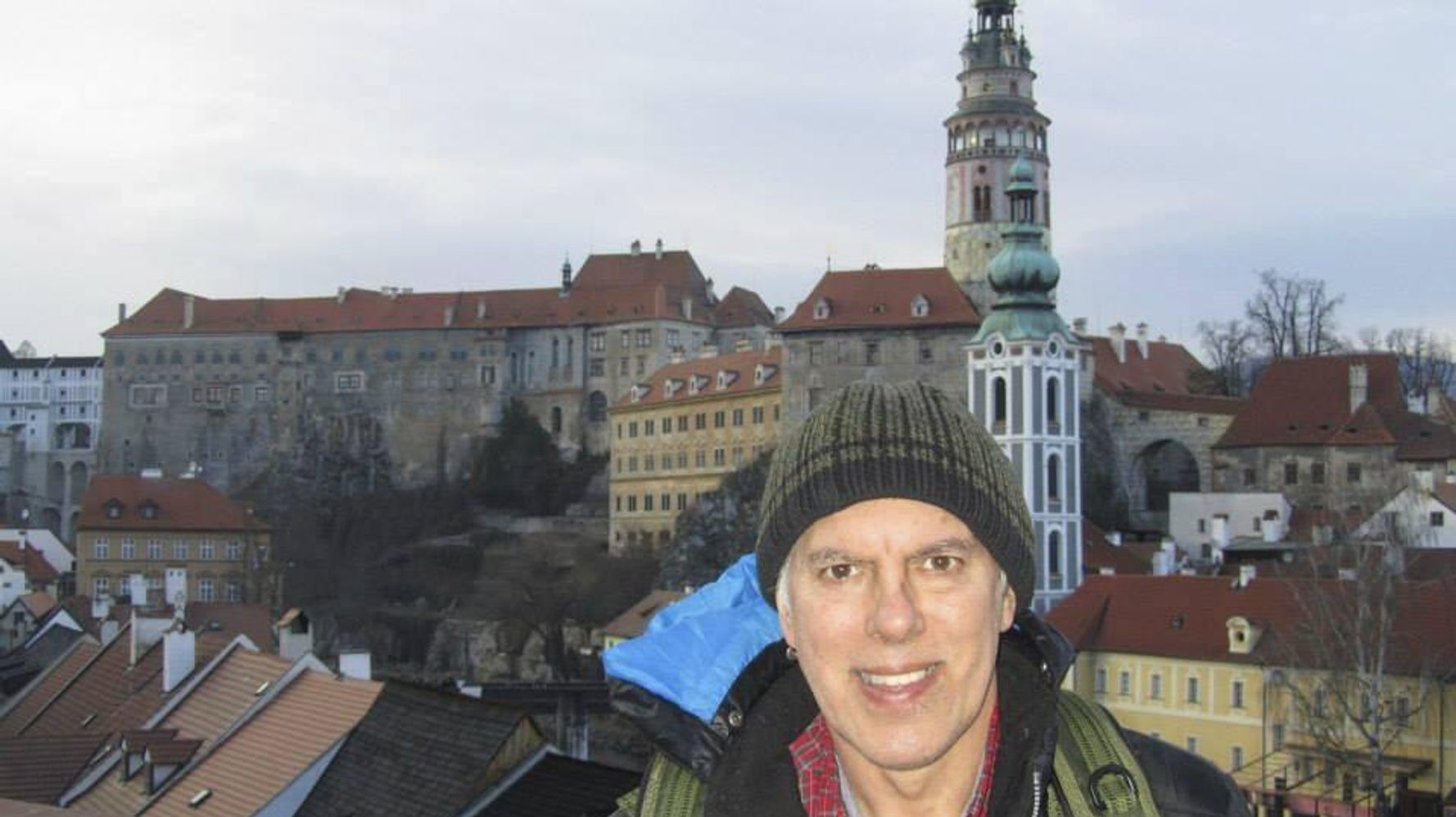 Katya Hill tried to talk her brother out of it. She urged Jimmy Hill to postpone his trip to Ukraine as she saw reports of Russian tanks lining up at the border. But he needed to help his longtime partner, who has been suffering from progressive multiple sclerosis.

â€œHe said, â€˜I donâ€™t know what I would do if I lost her, I have to try to do everything I can to try to stop the progression of MS,â€™â€ Katya said. â€œMy brother sacrificed his life for her.â€

James â€œJimmyâ€ Hill, 68, was killed in a Russian attack on the northern Ukrainian city of Chernihiv that was reported Thursday, as his partner Irina Teslenko received treatment at a local hospital. His family says she and her mother are trying to leave the city, but because of her condition they would need an ambulance to help and it was unclear when or if that could happen.

In an interview from Pittsburgh Saturday, Hillâ€™s sister called her brotherâ€™s relationship with Irina a â€œbeautiful love story, but unfortunately it has a tragic ending.â€

Katya Hill said Irinaâ€™s illness had progressed to the point that she had lost the ability to walk and much of the use of her hands. She said her brother â€” a native of Eveleth, Minnesota, who was living in Driggs, Idaho â€” had spent months trying to secure treatments to stop the progression of the disease and had finally arranged for treatment in February.

Katya said the two met while her brother, who taught social work and forensic psychology at universities in various countries, was teaching a class in Ukraine. He knew instantly that he was in love and they spent years together, talking for hours every day on the phone when Jimmy was back in the Unites States.

Katya said in the last few weeks as the bombings grew more frequent and resources more scarce, her brother had been daydreaming of ways to get Ukrainian families to the U.S. to set up a â€œlittle Ukraineâ€ at his Airbnb properties he owned in Idaho and Montana. She said her brother loved Ukraine and even on the day he was killed, friends had helped her piece together that he had decided to stay to be with Teslenko and her mother at the hospital.

It was initially reported that Jimmy was gunned down while waiting in a breadline, but Katya said the family had received new details through their senators and from Jimmyâ€™s friends in Ukraine Saturday.

Katya said Jimmy and a friend who lives near the hospital had gone to an area where they had heard buses were waiting to evacuate people who wanted to leave the city via a safe corridor. There were more than a thousand people already waiting in line, and Jimmy told the friend he was going to return to the hospital. The friend told Katya that Russian shelling began as he was leaving, and the blast that killed her brother had caused the friend to lose hearing in one of her ears.

Katya said her family is still waiting to hear directly from the U.S. State Department to get details of where his body is.

In poignant posts on Facebook in the weeks before his death, Hill described â€œindiscriminate bombingâ€ in a city under siege. Katya said he had described increasing hardships in a Facebook Messenger group, starting each day by saying he was still alive.

But electricity and heat had been cut off, and food and supplies were becoming more scarce. Katya said he would go out to wait in line for food and supplies and bring back whatever he could for the hospital staff.

Most patients at the hospital had moved to the basement bomb shelter, but Irina and her mother remained in the upper levels because of the cold and so she could continue the treatment.

Katya said Irinaâ€™s mother had been told about Jimmyâ€™s death, but had not wanted to tell her daughter. She said they had hoped for help to evacuate back to their home village southeast of Kyiv, where Irinaâ€™s father was waiting, but it was unclear whether they could find an ambulance to take them or a safe route for the trip.