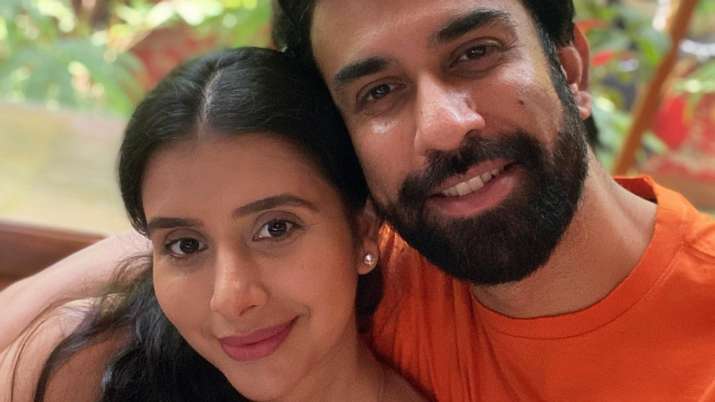 Amid divorce rumours with wife Charu Asopa, Sushmita Sen‘s brother Rajeev Sen treated his fans and followers with a loved-up picture of the duo. Taking to his Instagram Rajeev dropped a selfie featuring him with his wife, Charu. Rajeev’s post has indeed left his fans confused as they are not able to understand what’s going on between the couple. Rajeev shared a picture with the song ‘Abhi na jao chhod kar’ in the backgound. He simply dropped a red rose emoji in the caption.

Rajeev’s post has garnered mixed reactions from his fans. While some of them showered their love on them, a section of users slammed the couple for doing everything for publicity. Many users are hoping that they both have reconciled and are back together. One of them wrote, “Happy to see uhh both,” Another said, “Yr ese hi rho sath mai hmesa.” A fan also commented, “Hope both of you will be together soon.”

Slamming the couple one of the users wrote, “You guys have made a fool of yourself.. I think it’s better you keep your relationship little low profile then maybe be your relationship will survive.” Another said, “Ye Kya drama hai?”

Meanwhile, a few days back Rajeev was seen praising Charu for looking after their unwell daughter Ziana. He also complimented her by saying that she looked beautiful in a  saree.  Ever since. there were speculations that the couple is getting back together. Both Charu and Rajeev have been vocal about their relationship. They both are seen taking indirect digs at each other in their vlogs. Charu had fueled her divorce rumours with Rajeev when she deleted all her couple pics with him from social media.

Charu and Rajeev got married on June 7, 2019. She gave birth to her first child, Ziana in November last year.