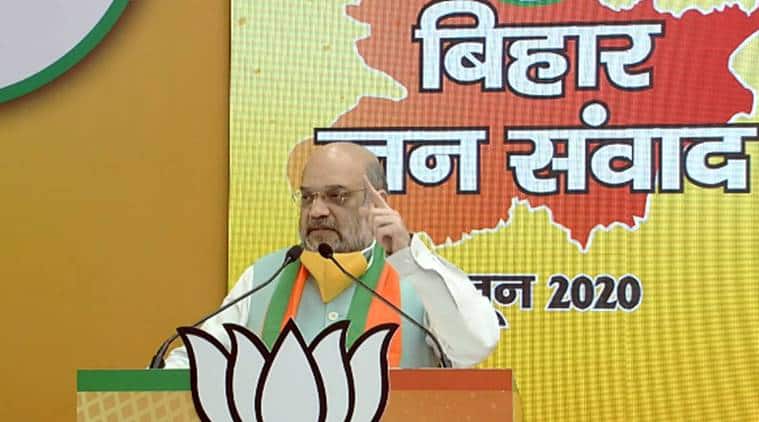 Launching the BJPâ€™s election campaign in Bihar, Union Home Minister Amit Shah on Sunday said the virtual rally was not a political rally but a medium to bring the people of the country together in the fight against the coronavirus pandemic. Bihar is scheduled to go to the Assembly polls in October-November this year.

â€œThis rally has nothing to do with elections. The BJP believes in democracy. I want to salute the crores of corona warriors who are fighting against the virus by risking their lives. Health workers, police personnel and others, I want to acknowledge their contribution,â€ he said.

Addressing the â€˜Bihar Jansamvad Rallyâ€™ through video conferencing, Shah also took a dig at the Opposition RJD and Congress, who protested earlier in the day by beating utensils.

â€œSome people welcomed our todayâ€™s virtual rally by clanging â€˜thalisâ€™. I am glad they finally heard PM Modiâ€™s appeal to show gratitude towards those fighting COVID-19,â€ he added.

The BJP had on Saturday announced that Union Home Minister and former BJP chief Amit Shah would address party workers at approximately 72,000 booths to reach out to its cadres and workers. In Bihar, BJPâ€™s organisational structure includes 45 organisational districts, 1,100 mandals, 9,000 shakti kendras and 72,000 booths.