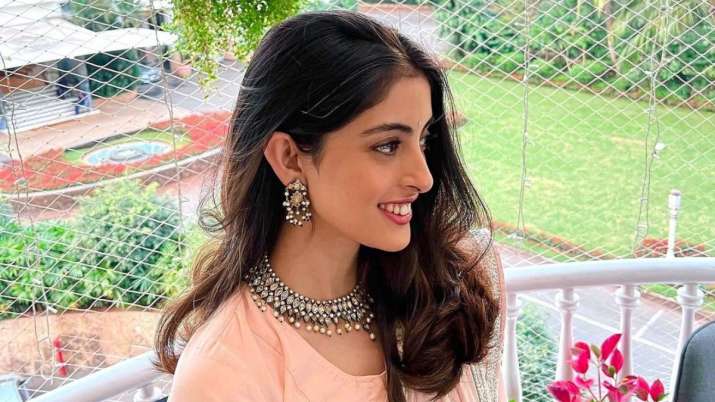 Amitabh Bachchan‘s granddaughter, Navya Naveli Nanda is far away from the film industry with no plans of making a debut at the moment. However, she’s a popular face on social media and the star kid continues to impress one and all. On Saturday, the 25-year-old took to her verified social media account to share two stunning photos of herself. In the photos, Navya is seen wearing a saree and looks beautiful to the T, however, it was something else that caught everybody’s attention. It was Navya’s grey hair.Â

Recently, Navya Naveli Nanda and her mother Shweta Bachchan joined megastar and host Amitabh Bachchan iconic show, ‘Kaun Banega Crorepati’ (KBC) completed 1,000 episodes. As Shweta Bachchan and her daughter and Amitabh’s granddaughter Navya Naveli joined Big B on the hotseat, Shweta questions her father about the completion of a thousand episodes, “This is 1,000 episodes, how do you feel?” Big B replies: “Aisa lag raha hai meri duniya badal gayi (it seems as if my whole world has changed).”

Meanwhile, Amitabh Bachchan makes sure to treat his social media family about Navya’s achievement. A while back, he posted a video of Navya playing piano and tweeted, â€œThe admiration & pride of a Grandfather towards his Granddaughter, Navya Naveliâ€¦ Self taught, digitally graduated, constructs platforms for deprived women, apprentices on management for Fatherâ€™s business & sorts out all my mobile computer glitches!! Love you dearest (sic).â€

On the films front, Big B currently has a huge roster of films lined up. He will be seen in “Brahmastra”, “Jhund”, “MayDay”, “Goodbye” and a remake of the Hollywood film “The Intern”, besides an untitled film with Prabhas and Deepika Padukone.