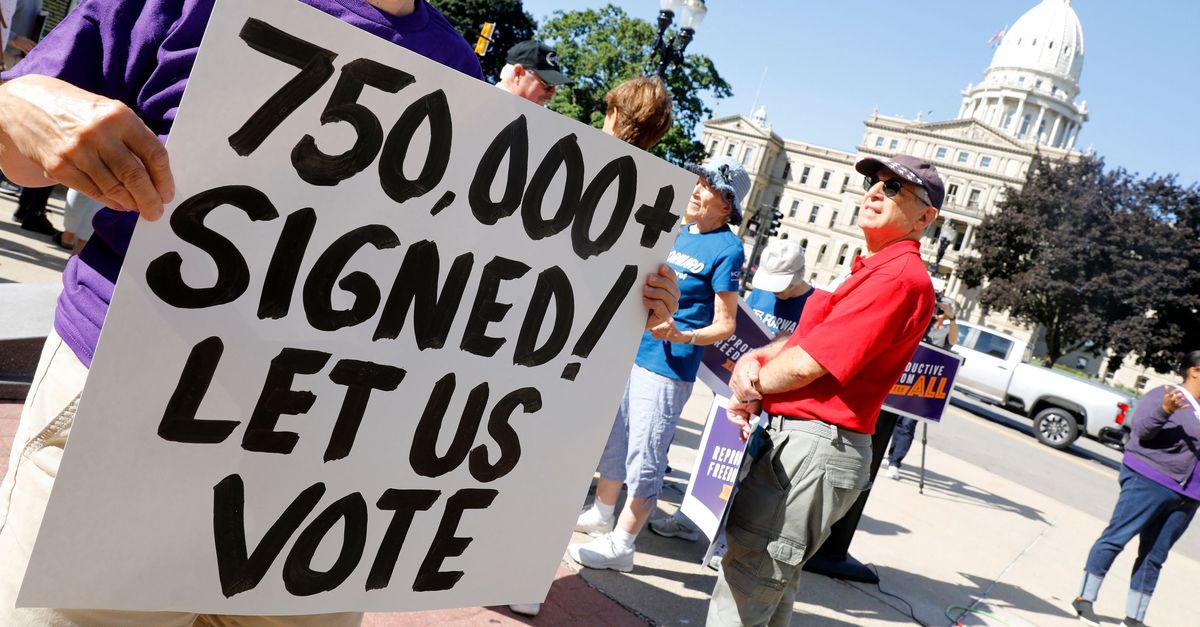 A proposal to protect abortion rights in Michigan is back on the November ballot, thanks to the state’s Supreme Court.

The proposal would amend Michigan’s Constitution, codifying an array of reproductive rights that are currently in jeopardy thanks to this summer’s U.S. Supreme Court decision overruling Roe v. Wade.

With Roe no longer in force, states have the power to pass new laws prohibiting abortion or to enforce old bans that are still on the books. The latter is an especially real possibility in Michigan, where a 1931 law prohibits abortion at any stage of pregnancy and in almost all circumstances.

The law is not being enforced at the moment, thanks to several lower court rulings that prevent prosecutors from bringing cases. But abortion rights opponents have appealed those decisions.

The goal of the abortion rights amendment is to settle these questions once and for all, so that neither judges nor lawmakers could take away abortion access in Michigan. And that idea appears to have a great deal of support.

In July, organizers submitted petitions supporting the amendment with more than 750,000 signatures from across the state. That was nearly twice as many as necessary, and consistent with the strong support for abortion rights among Michiganders that recent polling has detected.

But opponents of the measure said those petitions were not valid, because of what was basically a series of typos: Spaces between some of the words were not readily visible, thanks to a glitch in the printing. This made the petitions incomprehensible, opponents claimed, and thus not valid as proof the amendment had enough support to qualify for the ballot.

Last week, that argument prevailed with the two Republicans who sit on Michigan’s four-person election board. The two Republicans voted against authorizing the amendment, producing a deadlock along party lines.

If that had been the final word, the amendment would not be on the November ballot.

On Thursday, the court agreed that the amendment’s meaning was clear, and ordered the election board to certify the amendment. The board next meets on Friday, which is also the deadline for county clerks to finalize November ballot designs.

The amendment’s placement on the ballot could have a significant effect on the outcome of other races, by increasing turnout among voters who support abortion rights.

That is likely to help candidates who also support abortion rights ― including incumbent Gov. Gretchen Whitmer (D) and Attorney General Dana Nessel (D), both of whom are up for reelection and have made abortion a central focus of their campaigns.

It could also help Democrats seeking U.S. House seats, including several in tightly contested races whose outcomes could effectively determine which party controls the chamber starting in January.

The caveat is that the polls could be wrong: The amendment might not be as popular as it seems. Or sentiments could change as opponents hammer away at it.

If that happens, then the amendment could fail and its supporters running for office could lose ― which, in the case of the governor’s race, would mean a victory for Republican Tudor Dixon.

Dixon has said she supports the 1931 ban, including its lack of exceptions for rape and incest. If there’s no new amendment in the state constitution and she’s the one in the governor’s office, then abortion might not be legal in Michigan for much longer.