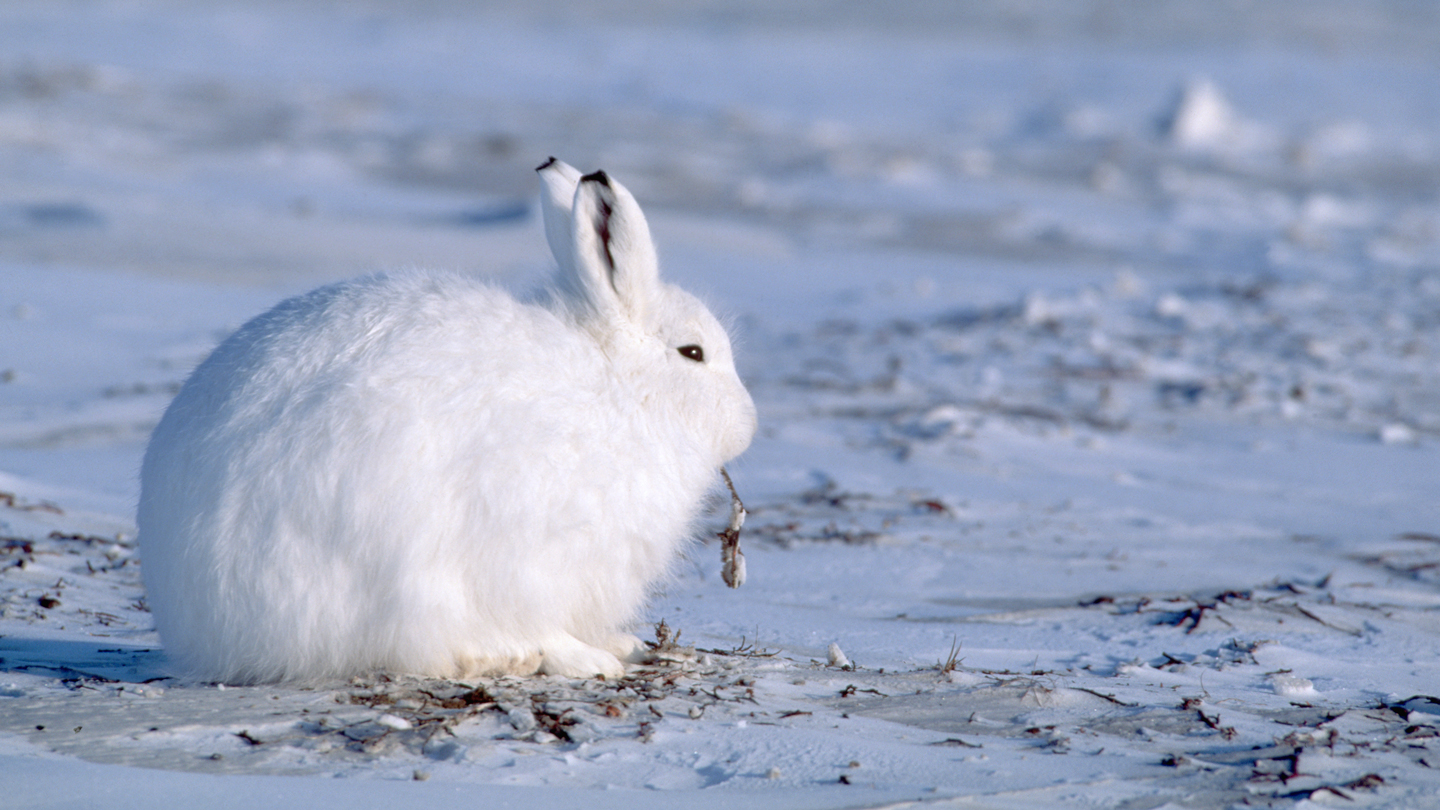 Arctic hares can go the distance. A member of Lepus arcticus in northern Canada has traveled farther than anyone knew possible.

BBYY, as the adult female was known, made a wild dash of more than 388 kilometers in 49 days â€” the longest distance ever recorded among hares, rabbits or any other relatives â€” researchers report online December 22 in Ecology.

â€œTo think that such a small animal living under such extreme conditions averaged about eight kilometers per day across seven weeks is truly astounding,â€ says Joel Berger, an ecologist at Colorado State University in Fort Collins and a senior scientist at the Wildlife Conservation Society in Bronx, N.Y., who was not involved in the study.

Arctic hares â€” which weigh roughly the same as house cats, about four kilograms â€” are desirable prey for foxes and wolves on the tundra. Given the haresâ€™ important role in the Arctic food web, mammalian ecologist Dominque Berteaux of the UniversitÃ© du QuÃ©bec Ã  Rimouski wanted to know how the animals move across the arid landscape.

In 2019, Berteaux and colleagues affixed satellite tracking collars on 25 hares captured near the northern tip of Ellesmere Island in Nunavut, Canada. As the hares swiftly hopped away, the researchers had no idea the creatures were beginning a mind-blowing expedition across the tundra, Berteaux says. Thatâ€™s because hares and their relatives, called lagomorphs (SN: 3/8/58), typically spend their lives within a single, familiar territory where food is plentiful and easy to find.

The Arctic hares thumped that trend, with most traveling anywhere between 113 and 310 kilometers. None came close to BBYY, who died of unknown causes about a month after reaching her final destination.

For a hare to endure such a perilous journey, it must balance the need to find food without becoming food, says Dennis Murray, a terrestrial ecologist at Trent University in Peterborough, Canada, who wasnâ€™t involved in the work. That makes BBYYâ€™s excursion even more impressive, he says.

Berteaux and colleagues hope data from BBYY and the other hares can help inform conservation strategies for the polar desert ecosystem. But even at this early stage, itâ€™s exciting to find â€œsomething unsuspected in an animal that we thought we knew quite well,â€ Berteaux says.