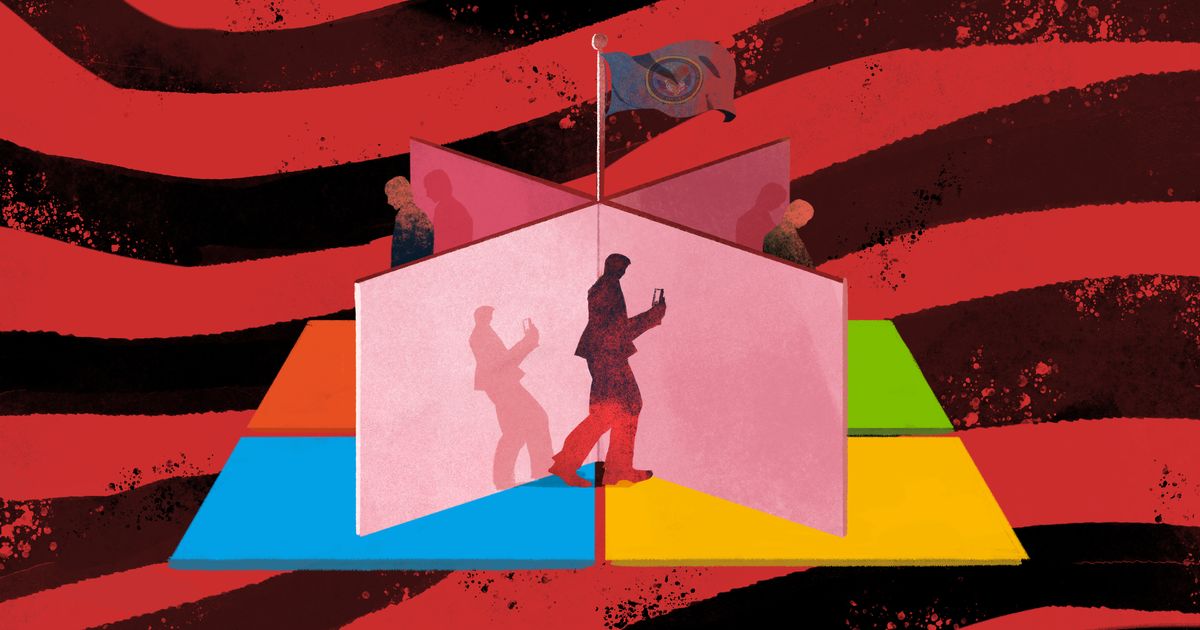 The job of the Department of Veterans Affairs’ chief information officer is obscure but mighty, with the ability to dictate technology and cybersecurity policy for one of the largest workforces in the federal government.

Since late 2021, that power has been wielded by Kurt DelBene, whom President Joe Biden tapped for the role because of DelBene’s long career in tech as an executive at Microsoft.

But DelBene has not fully disentangled himself from his past as a powerful Microsoft honcho, HuffPost has learned: Since his confirmation, he has held on to roughly $15 million worth of future grants of Microsoft stock, even as Microsoft and its competitors vie before his department for massive government contracts.

For an appointee to keep such a massive financial stake in a company doing business with the government is normally forbidden by conflict of interest law. But in this case, according to a waiver reviewed by HuffPost, the Biden administration granted DelBene a broad exception because DelBene elected to sell the stock as it vests to an irrevocable trust that benefits the DelBenes’ two adult children.

“This is extraordinary,” said Walter Shaub, who runs the Project on Government Oversight’s ethics initiative and who reviewed the waiver for HuffPost. “Microsoft is so central to his duties, it’s impossible to escape questions about whether this financial interest influences his judgment.”

DelBene assumed the role at Veterans Affairs in December 2021, following a speedy and uncontentious Senate confirmation process. For more than a decade prior, he had worked at Microsoft in a variety of executive positions and had risen to become Microsoft’s executive vice president in charge of global business strategy.

The stock at issue consists of 40,192 unvested Microsoft shares he was entitled to when he left the company, worth an estimated $15.2 million at the time of his nomination. A portion of the shares vests every six months through August 2024, at which point they are automatically sold at a discount to DelBene’s children’s trust for a fixed price.

“The public is naturally going to wonder if he has an incentive to maximize the value of his Microsoft interests for his relatives.”

For competitors of Microsoft, the scale of DelBene’s entanglements raise alarming questions about how he can oversee a giant technology portfolio with anything approaching fairness.

Veterans Affairs is one of the few federal agencies with its own appropriations for IT, and DelBene’s role gives him the vast power to shape the requirements around how that money is spent. His department is charged with acquiring software and cybersecurity tools for major divisions of the VA’s 400,000 person workforce, and creating, implementing and maintaining a long-term strategy to modernize the agency’s IT strategies. DelBene will also assist the agency as it attempts to modernize electronic health care records for the millions of veterans in its care.

A rival of Microsoft that has made overtures to DelBene in hopes of offering products to the agency accused DelBene of stonewalling it.

DelBene has never responded to any of the rival company’s outreach, the specialist said, including a recent request for a meeting between DelBene and its CEO.

The VA recently raised eyebrows when it awarded a contract worth $438 million that made Microsoft the exclusive provider of the agency’s enterprise software. DelBene did not play any role in that decision, said Terrence Hayes, a spokesperson for Veterans Affairs.

“[That] massive contract could have been divvied up among several competing tech companies, which would have added a sense of fair play in the contracting decision,” said Craig Holman, a government affairs lobbyist for watchdog group Public Citizen.

Holman was also critical of the ethics waiver DelBene received based on the size of his family’s unvested financial interest. “I would not have issued that kind of waiver,” he said.

Federal conflict of interest law bars executive branch employees from working on government projects that might benefit them financially and would seem to bar DelBene from retaining his unvested stock. But the family trust was enough for Veteran Affairs Secretary Denis McDonough to grant DelBene an ethics waiver in February to work on general matters involving Microsoft.

The waiver prohibits DelBene from weighing in on specific matters that directly involve Microsoft, such as contracting decisions where Microsoft is a bidder, although it frees him to work on general matters in which Microsoft is an interested party, including on general policy decisions “directly and predictably affecting the financial interests of Microsoft.”

The waiver also bends over backward to attempt to downplay the scale of DelBene’s financial interest, noting that the after-tax value of DelBene’s unvested Microsoft stock is only $8.6 million, or merely 9% of his total investment portfolio.

“This is just an astonishing waiver to give a government CIO,” Shaub said. “I get that he’s so rich that this is a tenth of his wealth. … But the public is naturally going to wonder if he has an incentive to maximize the value of his Microsoft interests for his relatives.”

Microsoft is already a behemoth of federal contracting and its alumni are embedded throughout the policymaking world. At least 20 high-level Biden appointees are former Microsoft employees or counted Microsoft among their corporate or legal clients in the private sector. In the past 18 months, Microsoft or its subsidiaries have won more than two dozen federal contracts worth more than $400 million to provide various federal agencies with software subscriptions and technical support.

The federal government’s broad reliance on Microsoft products has led to criticism that agencies are creating a single point of failure for possible security breaches. Microsoft itself has repeatedly drawn criticism that it focuses less on fixing vulnerabilities in its products than on developing security products it can sell.

Hayes, the Veterans Affairs spokesperson, argued that DelBene has no remaining incentive to use his position to benefit his longtime employer.

“As a practical matter, DelBene has no continuing financial stake in Microsoft. He will not, and cannot, make a penny from changes in the value of Microsoft stock,” he wrote in an email. “He has avoided any decisions impacting Microsoft’s business with VA and has not offered any advice that would bias members of his team toward a Microsoft solution.”

Decisions about whether DelBene meets with vendors are based on the agency’s technology needs, he added, and DelBene has not met with Microsoft representatives since joining the VA.

“President Biden has instituted the strongest ethics rules in history under the Biden-Harris Ethics Pledge,” he said.

Aaron Schmidt, a spokesman for Rep. DelBene, said the congresswoman does not have any control over the trust and is not influenced by her family’s financial ties to Microsoft.

Other than his future stock grants, DelBene has divested himself of the Microsoft stock in his personal portfolio. He sold between $5 million and $25 million worth of shares in September 2021, just before officially receiving his nomination to Veterans Affairs.

In a possible violation of congressional disclosure requirements, Rep. DelBene appeared to have missed a federal deadline for reporting that transaction, Dave Levinthal reported for Business Insider.

Shaub said DelBene’s waiver is another case of the Biden administration focusing hard on being technically compliant with the law while ignoring the obvious appearance of a conflict of interest. He pointed to another recent case in which the administration gave an Office of Management and Budget appointee, Mina Hsiang, a broad waiver to keep millions invested in a family holding company and a hedge fund without a clear idea of whether that conflicted with her government job.

The level of legal compliance is a welcome improvement over the Trump administration, said Shaub, who ran the Office of Government Ethics until he resigned in 2017 over that administration’s historic disregard for transparency. But there is a large gap between “legal” and “troubling,” he said.

“They keep thinking like lawyers without applying commonsense notions of right and wrong or trust and accountability,” he added. “This administration is strong on the law and weak on commitment to the underlying aims of an ethics program.”