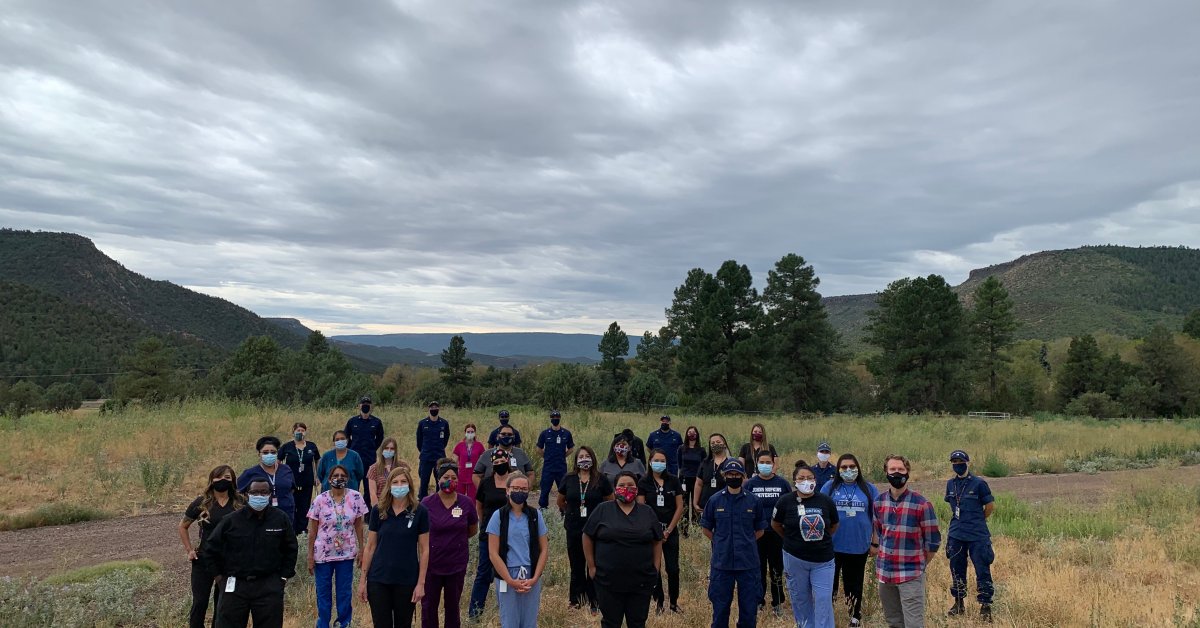 After performing funeral rites for 40 of his neighbors, Gary Lupe tested positive for COVID-19 in October. Lupe, a 56-year-old minister on the Fort Apache Indian Reservation in Whiteriver, Ariz., had spent the previous months in quiet expectation despite being vaccinated in January. On Oct. 10, as he was experiencing flu-like symptoms, a nurse at the nearby Indian Health Services (IHS) ordered Lupe to its emergency room, as his wife Berlita and their six kids immediately began quarantining. Lupe received Regeneron’s monoclonal antibody treatment without hesitation: IHS, he says, was to be trusted. “They were (always) very respectful,” Lupe recalled. “They understood that we were facing something no one understands.”
[time-brightcove not-tgx=”true”]

The reservation has 18,000 residents, and Lupe is part of the 29% that tested positive for the coronavirus in the past 18 months. His recovery is the byproduct of a novel approach to contact tracing and testing that’s being developed entirely on this dedicated White Mountain land three hours east of Phoenix. In a report published Oct. 14 in the American Journal of Public Health, a consortium of 10 white and indigenous health specialists proved that by sending multidisciplinary teams of field nurses—trained to swab nostrils and take blood-oxygen levels—to Apache homes, they preemptively kept COVID-19 deaths to a minimum. The model is a plausible substitute to the U.S.’s scattered tracing framework, which is still being strained by the Delta surge, these experts say. Forgoing the text- or phone-style tracing seen in nearby Maricopa County, IHS minimized asymptomatic spread through an average three-times-a-week watch on high-risk patients (mostly elders over 50 with comorbidities), rushing them to the emergency room if oxygen levels were low. So far, it’s worked: Fort Apache has nearly half the COVID-19-related fatality rate as the state of Arizona.

In March 2020, Dr. Ryan Close, director of preventative medicine at IHS’ Whiteriver branch, knew a unified tracing model would be necessary to protect the White Mountain Tribe’s most vulnerable residents. As a trained pediatrician and specialist in epidemiology, Close had spent years orchestrating home visits in the Dominican Republic village of Consuelo, and had performed community-based HIV work in Swaziland in 2006. When White Mountain recorded its first positive coronavirus case on April 1—making it one of the last spots in Arizona to log one—Close and his staff of 30 were already plotting out the bones of their preemptive High-Risk Outreach Program, which was formalized with White Mountain leaders and doctors in the U.S. Public Health Commissioned Corps. The goal: to detect COVID-19 in elders before they knew they had it. “We curated and honed a system that works on efficiency,” Close said. “One that works with people the moment they’re diagnosed with COVID-19. All around that, the tracers are working.”

By summer, Close and crew had good reason to be proud. He and Dr. Myles Stone, director of the High-Risk Outreach Program, announced on July 16 in the New England Journal of Medicine that their novel approach “knocking on doors” had “successfully flattened the curve.” In a four-month period, 1,600 cases of COVID-19 were confirmed. White Mountain Apache were dying at half the rate (1.1%) as others across Arizona. And despite the 90-degree heat, mountain lions and feral dogs, backcountry roads and the risk of superspreading, Close reassured weekly home visits were crucial. “Only by being in the field are we able to identify such patients early, initiate supportive care and perhaps save a few lives,” he wrote.

Although some skeptical Apache resisted field teams—no more than 100 flat-out refused care, IHS found—White Mountain tribal leaders stepped in to alleviate that hesitation, often in their native tongue. Gwendena Lee-Gatewood, the chairwoman of the tribe, says the sound of her voice over radio waves (cell reception is spotty on the reservation) was reassuring for stubborn elders with silent hypoxemia refusing pulse oximeter tests or an urgent ride to the ER. “There were times I was upset on the radio: ‘Look! There are some of you that aren’t cooperating!’” Lee-Gatewood said. “‘How you show your love for your family is that you help them. The High-Risk team? They are here to help us.’”

Close and his team investigated the majority of cases within 23 hours. A month after vaccines arrived in January, they capped a three-month study on the effects of three monoclonal antibody treatments (one of which was being popularized by President Trump), the first study of its kind involving indigenous people. The results, described in their October paper, bolstered Close and Stone’s original findings: every hospitalized high-risk patient given antibody treatments like bamlanivimab survived and stayed out of the ICU; of the eight who died in this span, none were given antibodies.

But can this door-to-door model be replicated in other U.S. cities? Given the reservation’s mere 18,000 residents and specialized hospital staff, it’s highly unlikely that Close’s success over the past 19 months could be mirrored in metropolises like Chicago or Miami, where revised contact-tracing models are overdue. If a city’s public health department did want to try, Close says it would need to rehire or retrain all of its tracers, merge electronic health records and have ER nurses diagnose COVID-19 and administer antibodies—which could cost an already-strapped department months of precious time.

But Close shuns excuses, even from skeptical doctors. “Some have told me, ‘Oh, this wouldn’t work on the South Side of Chicago,’” he said. “Well, it sounds like phone banking isn’t working either. So why not try something new?”

Following his two-week recovery, Lupe is equally optimistic. He knows he’s lucky to have gotten sick in the era of mRNA vaccines and antibody treatments, especially given his hypertension. As for those who didn’t make it, Lupe makes sure to pay homage to them in his weekly Skype sermons. “I keep everyone I can in prayer, IHS and tribal leaders,” he said. “After all, God is the one in control.” 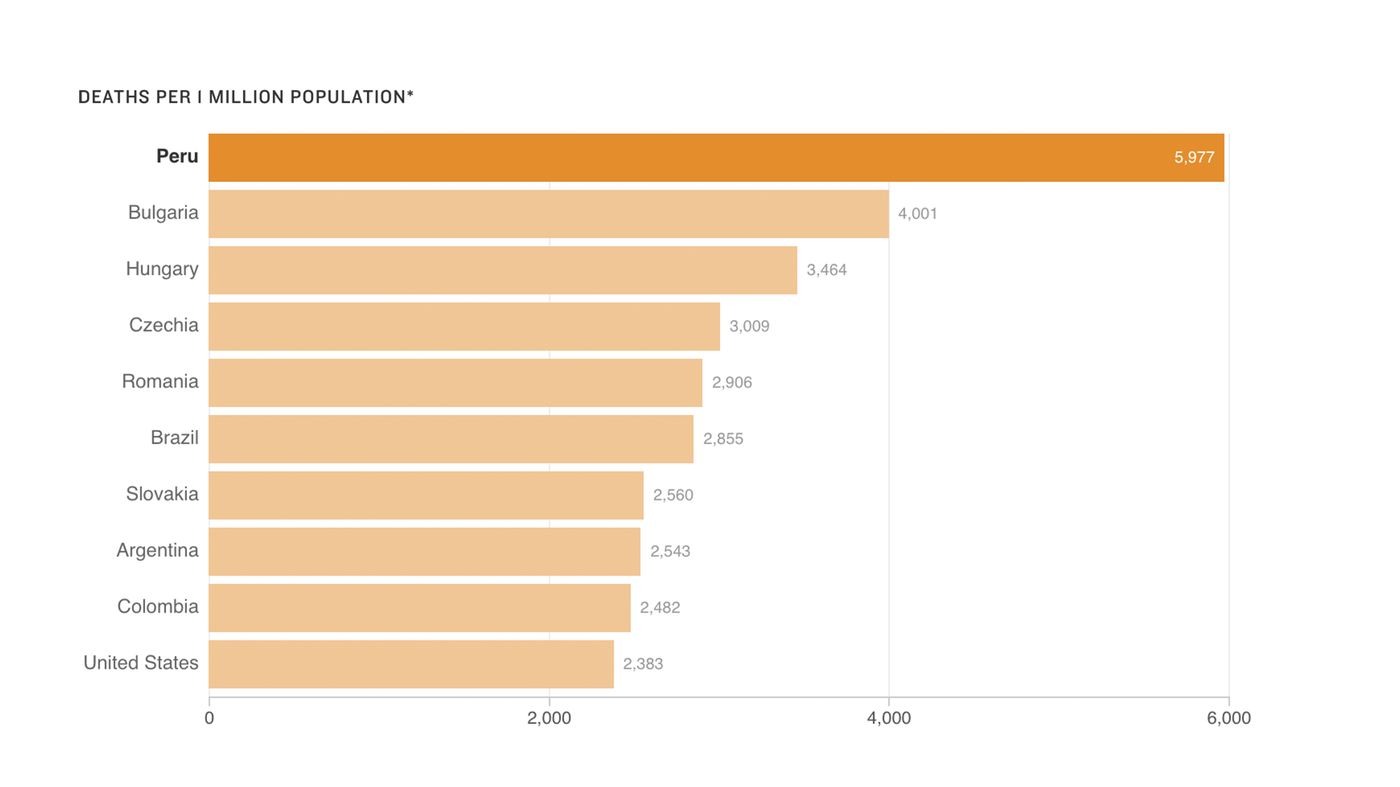