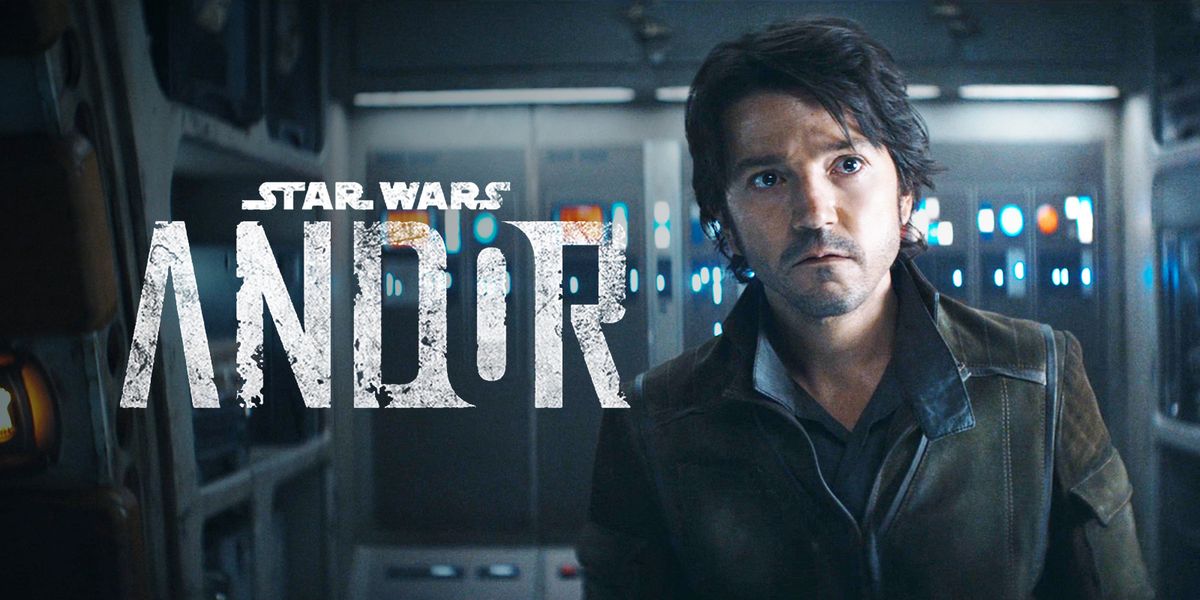 Here we go then, the season one finale of “Andor” on Disney Plus (opens in new tab), what has unquestionably been one of the best offerings from the “Star Wars” universe, in both film and television, ever since Disney paid George Lucas $4.05 billion for the intellectual property in 2012. (Incidentally, half of that was in cash and the other half in Disney stock, which itself has more than doubled in worth since that date.)

What threads of the story will come to a head before the end of the season? And which ones won’t? And how far will the ones that do come to a head actually go?

Related: The penultimate episode of ‘Andor’ reminds us of everything at stake

It will be interesting to look back at this first season of “Andor” in it’s entirety and see if any of our opinions change now that we are able to take a step back and look at the whole picture rather than just analyzing one episode at a time, not knowing what’s coming next. Would this show have benefitted from a binge drop? No, the build up in set piece tension is like a pressure cooker and benefits from patience. These days, only Netflix still seems to practice a binge dump and other high quality shows like “The Boys,” “The Expanse” and “Strange New Worlds” are all weekly sequential drops. Plus Netflix hasn’t produced any outstanding original sci-fi since “Love, Death + Robots,” sadly.

Let’s get one thing clear, before we proceed, “Andor” has been an amazing sci-fi experience and as we alluded to above, it’s one of the best “Star Wars” productions Disney has made in both feature film and television. It can proudly stand amongst the likes of “Rogue One,” “The Empire Strikes Back” and some of both “The Mandalorian” and “The Book of Boba Fett.”

But here’s the thing — it could so easily have been even better.

The set piece action has been some of the very best ever written for television, in any genre. The show’s mastermind, Tony Gilroy, has skillfully crafted two monumental peaks in cardiac arrest-inducing tension, each one ever so slightly shorter — but also bigger and bolder — than the preceding one, but usually filling at least two episodes.

As such, they are so impressive that any other sci-fi show would’ve been happy to have any of them as their end of season finale and “Andor” seems to shoehorn them all in, almost equidistant once we’d more or less got past the half-way point. Consequently, it creates a significant rollercoaster effect, with massive amplitude separating the peaks and troughs, rather than a gradual build up, with smaller, less overwhelming set pieces dotted about.

But even this isn’t the show’s biggest fault, that’s much more to do with just getting the basics right. A lack of adherence to … common sense within the story writing let’s the show down and drives a wedge between the viewer, the show and the show’s believability, consequently not allowing a fully immersive experience to take place. And that’s a damn shame, because if Gilroy could nail this, “Andor” would smack every other contemporary sci-fi show out of the park and half way toward the Outer Rim Territories.

The first sign this was a problem was in episode six, “The Eye” and the raid on the Imperial base on Aldhani. As we mentioned, it turns out that the monumentally bad plan not only incorporated — but actually relied upon — hostage labor to shift the ludicrous amount of loot that the rebel strike force was half-inching from under the Empire’s nose. That’s not a recipe for a Bantha broth, it’s a recipe for disaster.

Then there was the thrilling escape from Narkina 5 in episode 10, “One Way Out.” Not only would the fall probably fatally injure many of the plummeting prisoners, but Kino Loy’s reluctance to take a running jump probably actually saved him…and we’re still not convinced he wouldn’t find another way out.

Which brings us to this week and once again, it’s a beautifully photographed set piece that only benefitted from the build up beginning last week. However, it’s confusing … and a bit nonsensical.

The people of Ferrix appear to deliberately provoke the Imperial Security Bureau, after turning into an angry mob following the rousing hologram speech made by the late Maarva Andor (Fiona Shaw) without any forethought of the invariably inevitable consequences and it raises a great many questions. This courageous, but ultimately flawed and pointless act of defiance costs a lot of people their lives and the only thing it accomplishes is the rescue of Bix Caleen (Adria Arjona) and Cassian’s (Diego Luna) evasion of the Empire’s security forces. It felt organized rather than spontaneous and has echoes of the protest where Cassian’s father was executed…which is even more reason not to do it again.

Related: ‘Andor’ continues to be bold and beautiful with ‘Announcement

It’s a foregone conclusion that the ISB will return and pretty much wipe everybody out. And every single person there knew that. This is not a logistical challenge equivalent to the raid on Aldhani, all this needed was a 15-minute long meeting between elders and tacticians to decide on the most effective distribution of personnel.

Bizarrely, the point in the story at which the two precessions converge was inspired, both in terms of story writing and strategically. The Imperial forces, so concerned with suppressing any freedom of action, were becoming increasingly agitated and ultimately terrified, because they’re ultimately cowards. As such, this maneuver forced the ISB to reveal just about trooper in every position covering the town center. No more hidden snipers, or concealed troops … it’s all laid bare. Brilliant.

But any advantage that position then offered, giving Andor the opportunity to move in secret, is squandered in what amounts to a mass suicide. And to be perfectly honest, it makes no sense.

Related: ‘Andor’ episode 6 dials up the tension with a heart-pounding heist

Moreover, once the actual shooting had started, which anyone with a shred of common sense could see coming, the people of Ferrix made no attempt to effectively counter attack. If they knew Andor was in town, which many did, why wasn’t a more coordinated response planned? They nailed the choreography of the marching bands, would it have been difficult to have their own people in place to take out Imperial Stormtrooper in elevated positions? You know, the ones who were shooting peasants in a barrel down on the street below. In fact, not one even thought to pick up a dropped blaster.

Can you imagine if they had fought back? We could see the remains of a great battle on the streets, bodies from both sides littering the ground and Stormtroopers being stripped of their armor and other useful resources, before being marched off under guard. At the end of the day, the people of Ferrix had an advantage: They had a pretty good idea of what the ISB was planning, Andor’s presence was the perfect trap. Instead they died for no reason. Least of all to return and fight another day, which is a bit tricky of you’ve been at the receiving end of an E-11.

Like any science fiction show, “Andor” creates it’s own universe — or in this instance, it forms part of the already established “Star Wars” universe. And we’ve mentioned this before relating to “Star Trek: Strange New Worlds,” once we’re familiar with the basic concepts and rules of this universe, we expect everything to adhere to them. When they don’t, we’re left wandering why. And after 10 or so “Star Wars” movies and countless spin-off shows, we believe that the same, basic-but-consistent rules of physics (mostly), reality and yes, even logic, apply.

Related: ‘Andor’ episode 5 lays the groundwork for an action-packed robbery

It could be suggested that by not organizing a counter-attack — or even a pre-emptive strike — against the ISB, the people of Ferrix didn’t risk reprisal, but from just the outcome of the events that did transpire, a retaliation is all but guaranteed.

To conclude then and to step down from this soapbox, the season finale was enthralling. Every episode of this show has been and fingers crossed the high quality will continue. Looking at the even bigger picture, hopefully the critical success of “Andor” will give president of Lucasfilm Kathleen Kennedy the confidence to adopt a more cerebral, less merchandize-focused approach to “Star Wars” storytelling in the future, especially with “Rogue Squadron” should it ever happen.

Finally, the ending was a nice reminder that the story is actually about Cassian Andor and his journey to saving the galaxy in addition to being the origin story of the Rebel Alliance. The fact that we’ve become so invested in all the other characters is testament to quality dialogue and story writing. There’s also a really nice touch in the post-credits sequence that shows exactly what the components that Cassian and the other prisoners on Narkina 5 were building and where they were being used … as it turns out, it’s part of the superlaser primary weapon of the Death Star. The cruel twist of course being that’s what kills poor Cassian and Jyn Erso on “Rogue One” — or at the very least, that’s what causes the extinction level event on Scarif.

Related: ‘Andor’ episode 4 soars as we finally meet the Rebels of ‘Star Wars’

Principal photography has already begun (opens in new tab) on the second and final season of “Andor” and it seems the story will be picked up one year after the events of this episode.