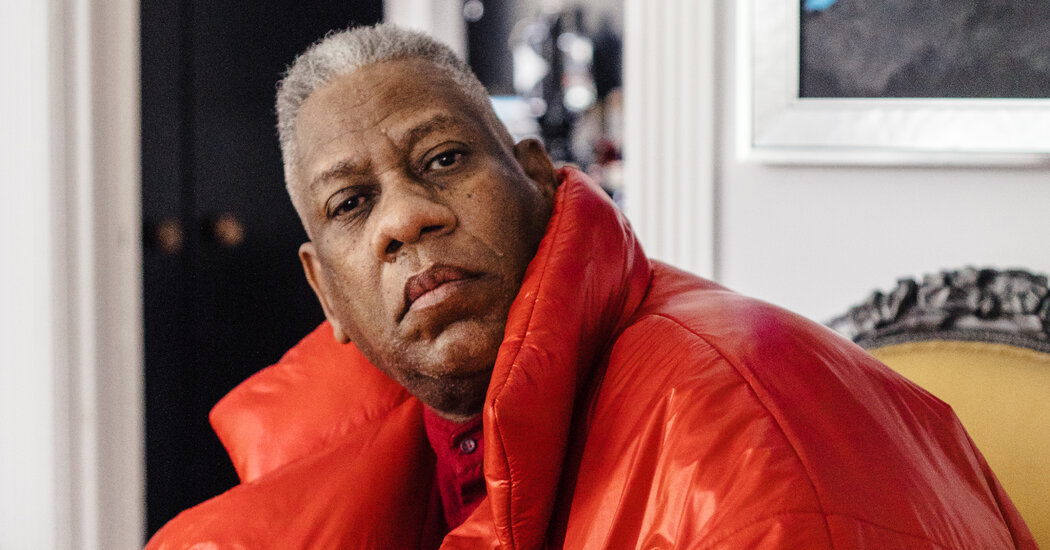 Treâ€™vell Anderson, 30, a culture and entertainment journalist, said that an interview he did with Mr. Talley was seminal to his life. â€œI was wearing what I thought was the most expensive looking outfit at the time,â€ Mx. Anderson said of their black leggings, heels and poncho. Mr. Talley, sitting regally on a couch, peppered Mx. Anderson with questions about their life and career and the two bonded over growing up in the South and being raised by their grandmothers.

Years later, Mr. Talley would include the exchange in his 2020 memoir, â€œThe Chiffon Trenches,â€ writing, â€œIn Treâ€™Vell, I saw my younger self. In that moment, I flashed back vividly to interviewing Karl Lagerfeld at the Plaza in 1975. Now, here I was being asked questions about the documentary and my journey.â€

â€œHe loved SCAD students,â€ the SCAD president and founder Paula Wallace said in a statement. â€œA couple of years ago, after a screening of â€˜The Gospel According to AndrÃ© Leon Talleyâ€™ at SCAD Atlanta, he held forth onstage for hours, taking selfies with at least a hundred eager students, making each one feel loved and seen.â€

Mx. Anderson said that Mr. Talleyâ€™s legacy was â€œcomplicated.â€ â€œBut so many of us would not be in the positions we are in if it wasnâ€™t for him biting the bullet,â€ they said.

Mr. Calmese wishes more people were able to see the side of Mr. Talley that he saw. He recalled the last time he spent time with Mr. Talley in person: an afternoon spent simply sitting on the porch, enjoying biscuits and tea. The former model Sandi Bass was there too.