Another Young Leader Taken. Afghans Ask: How Many More? 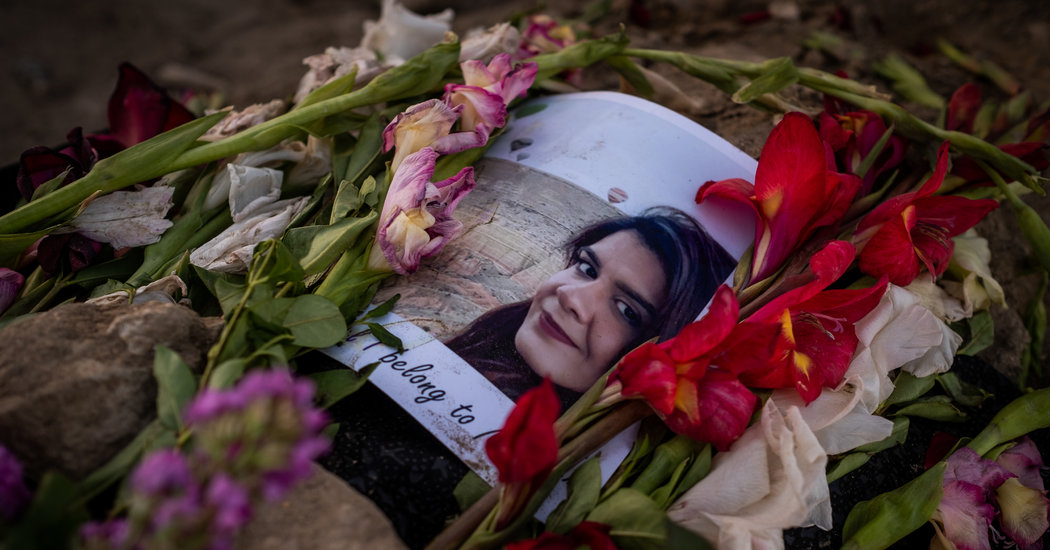 KABUL, Afghanistan â€” Landing a job at Afghanistanâ€™s human rights commission at age 24, Fatima Khalil had come a long way from being a refugee girl who almost did not make it at birth, with the midwife walking out before even cutting the umbilical cord.

She spoke six languages, had a strong foundation in religious studies and graduated from the American University of Central Asia with two majors. But what friends recall most is a young woman, deeply confident but sensitive, who was utterly in love with life. She wore bright colors â€” an orange dress for her birthday â€” and outdid everyone on the dance floor, but was afraid of the dark.

When Ms. Khalil and a driver, Ahmad Jawid Folad, 41, were killed on Saturday in another of the all-too-ubiquitous explosions targeting civilians in Kabul, there was a sense of deflation across the Afghan capital. At a deeply uncertain time for the country, when an endless war often still claims more than 50 lives on many days, she embodied the bright promise of an entire generation that is being cut down in blood.

In the violent 18 years since the Taliban regime was forced from power, a generation of young Afghans has grown up with liberties and opportunities that now feel threatened by the prospect of the insurgents returning to government. The United States is already withdrawing troops under a deal struck this year with the Taliban.

But even before power-sharing negotiations between the government and the Taliban begin, the bloodletting has intensified. Many of those who are being targeted represent elements of the new life that has taken root since 2001: journalists and moderate religious scholars, cultural figures and activists â€” and women in public roles.

â€œAs an Afghan woman, from a patriarchal society, being Fatima took guts â€” so hard. Just knowing your mind â€” as a woman you are told every day you donâ€™t have a mind, you donâ€™t have an opinion. She had an opinion on everything,â€ said Shaharzad Akbar, the chairwoman of the Afghanistan Independent Human Rights Commission. â€œTo raise a Fatima â€” it takes so many different factors put together, many of them by luck, to raise someone like that. And then, just like that, gone.â€

Ms. Khalil was born in Pakistan to a family of refugees who had fled an earlier chapter of the 40-year stretch of violence in Afghanistan, the sixth child of two former teachers. Her father started a grocery store in Quetta, Pakistan, earning barely enough to get by; her sister Lima said the midwife left halfway through Fatimaâ€™s birth, furious that the family was not able to pay her full fee.

â€œShe didnâ€™t even cut the umbilical chord, my mother did it herself,â€ said Lima, now a doctoral student in the United States who could not make it in time for her sisterâ€™s burial because of coronavirus travel restrictions. â€œWe always teased her â€” that the doctor ran away when you were just half born.â€

Though the family was dislodged several times, Fatima excelled in school. She started her education at a refugee school in Pakistan founded by a Saudi charity. After the family returned to Afghanistan, she graduated high school in Kabul at a competitive Turkish international school, which she had attended on a scholarship.

By the time she graduated from the American University of Central Asia, in Kyrgyzstan, with a double major in anthropology and human rights studies, she was fluent in Arabic, Urdu, English, Russian, and the Afghan languages Pashto and Farsi (also known as Dari).

Her friends and relatives called her Natasha, the nickname her mother gave her, and she had hugs and nicknames for everyone. She was self-assured, even blunt, but in heated arguments on politics and ideas, she defused conflict with humor and charm: â€œEasy easy, pull the brakes sister!â€ or â€œPatient, patient, patient!â€

Her disgust and frustration at womenâ€™s place in society and politics, and peopleâ€™s preoccupation with womenâ€™s looks and dress, are clear in her social media posts.

But she found energy in that fight, too. She idolized Afghanistanâ€™s first female ambassador to the United Nations. She increasingly helped her boss with more substantive projects on international human rights mechanisms.

â€œShe tried to live life with liberty, free from the restrictions of society and traditions,â€ said Khaleda Saleh, who met her when they were assigned as roommates at the Turkish school and stayed lifelong friends. â€œSometimes people judged her for it. With calm, with patience, she would come back to them â€” that a piece of cloth doesnâ€™t define someoneâ€™s personality and heart.â€

At the international university, she was part of a generation of young Afghan women who were developing confidence and swagger, shedding some of the identity of victimhood. She aced her classes, and then she partied with such excitement that betrayed no sense of where she had come from. She loved Maya Angelouâ€™s poem â€œStill I Riseâ€ so much (â€œDoes my sassiness upset you?â€) that she repeatedly begged her friends to join her in getting tattoos of it.

â€œShe believed the poem told the story of each of our lives in a way,â€ said Benazir Noorzad, who overlapped with her at the university.

After graduating last year, Ms. Khalil was considering going directly for a masterâ€™s program. Her sister Lima encouraged her to gain some work experience first.

â€œShe said, â€˜I am going somewhere else â€” I am not returning to Afghanistan,â€™ â€ Lima recalled. She reminded Fatima how their father had been driven to return their family to Afghanistan. â€œPlease, you come back, too,â€ she told her sister. â€œPeople like you are needed.â€

By the time she arrived at the Afghanistan Independent Human Rights Commission to apply for the position of international aid coordinator, she had interviewed at several national and international organizations, including the United Nations. Ms. Akbar, 32, had just taken over as the chairwoman of the commission and was overhauling it in an effort to improve its funding and solidify its direction.

Ms. Akbar laid it out to Ms. Khalil candidly: the commission was a mess, their relationship with donors a struggle. She may be able to give her work, but she might not be able to pay her a salary for a couple months. Ms. Khalil took the job.

â€œI have had many interviews, and the interviewers showcased their organizations as the best in the country,â€ she wrote in an email to Ms. Akbar. â€œYou were the only person who expressed that there are many challenges that the commission is facing. Therefore, I feel I could be more useful.â€

When Ms. Khalilâ€™s body was brought to one of Kabulâ€™s old cemeteries on Saturday, her colleagues and friends wept as her father remembered her dedication.

â€œThis wasnâ€™t just my daughter â€” she was struggling for the country,â€ he said at her grave. â€œIn history, there has always been war. But this war of assassinations, this war of suicide bombings â€” this is the dirtiest, the most damned war.â€

On her small desk at the commission on Sunday were files of unfinished projects, and a miniature replica of the blast walls saturating Kabul converted into a piece of art: painted over it was a rock star, microphone in hand, balanced on the barrel of a tank. On her wall was a painting of a girl in a bright lime dress on a swing. The printer was covered with sticky notes.

Ms. Akbar said the most difficult part of it all was not knowing who was behind the explosion that killed Ms. Khalil.

â€œTo survive all of that, to get yourself to a place, to struggle, to study, then to serve â€” and then get killed and we might never know who did the killing.

â€œThatâ€™s when you think: OK, I am telling all these people to take the risk, but will things get better?â€ she added, agonized. â€œWill they get better?â€